I bring you: the most boring post you will ever read. First off, it's a preview post about a position which will not undergo any changes, most likely. If you're not bored yet, it's about punting, which is the most inherently boring position in any sport, besides maybe first-base coaches.
But, look: there's college football in 20 days. When I first started doing these posts, there were 72 days left. If you're not excited, even if it's to read about punters, you're not a friend of mine.
Days Til Football: 20. (Can you read, son? Look, like, two lines above here.) 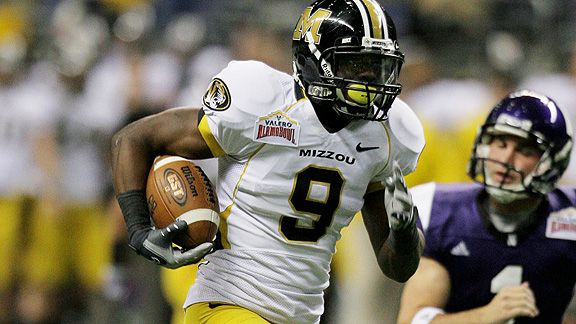 Sad Demos face.
Who did it last year?: Wildcat #1, Stefan Demos. As far as I can tell, everybody's favorite rugby-style punter made three mistakes last year: twice, he punted the ball into the end zone, and one time, he punted a low-lying ball directly down the middle of the field to a guy who was probably the best kick returner not being paid large sums of money to return kicks. Like Amado Villarreal, he made a big boo-boo at the worst time possible, and like Villarreal, his blunder ended up being one of the contributing factors in our Alamo Bowl loss, ruining what was a pretty good season for Demos.
Demos downed 26 punts - 40 percent of his total punts - inside the 20 with only 2 touchbacks, and averaged 39 yards a punt. That's pretty good. The year before, he was arguably better, with 40.1 yards per punt with 42.5 percent of them landing inside the 20. This, folks, is a good punter.
Who's got next?: Same bat punter, same bat channel. Stefan will probably be punting again, in addition to his field goal and kickoff duties. A pretty steep load, but he'll have to handle it: although Jeff Budzien could be competing with Demos for the role of placekicker, nobody else on the NU roster is listed as a punter, although Brandon Williams has punting experience.
Song this unit reminds me of: "Frontin'" - Pharrell.
Never mind that I'm show-owin off, I was just puntin? A bit of a stretch, but I was out of ideas.

I hope this makes up for the fact that I didn't last long enough to show up at Pharrell's performance on Dillo Day.
Is that an improvement: This segment of these posts... kinda pointless in this one, right? Demos will return, so, no improvement or dropoff, here.
Welp. There it is. I've covered every position on the football field, from the QB to the holder. That being said, we still have 20 days till kickoff vs. Towson, and I plan on posting every one of them, twice or more some days, so keep checking back every day. I've got some surprises in store for you, so, seriously, keep coming back.