Share All sharing options for: Gettin' Familiar With: Indiana

I'm doing the bare minimum amount of posting this week, folks. Let's get to it: 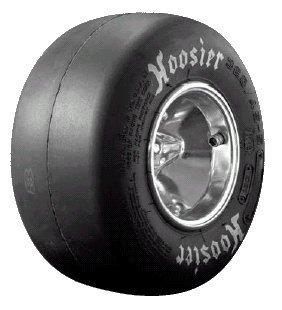 On the season: The Hoosiers got off to a hilarious 3-0 start, which sort of would've been like if we were 3-0 after our noncon. They beat Eastern Kentucky (a FCS school) by six, Western Michigan by four, and then handled Akron 38-21. Then they returned to norm by losing to No. 23 Michigan (good game for the Hoosiers though - 36-33) the No. 9 Buckeyes (33-14) and Virginia 47-7. And last week was a 27-14 win over the horrendous piece of unidentifiable roadkill that is the Illinois Fighting Illini. I'd say they've played two games against evenly matched opponents: one of them ended up as a 47-7 beatdown, and the other was the Illinois game. This ain't a good team, but their schedule and a decent loss against Michigan make them look dangerous.

Us and them: I can count the teams in the Big Ten we have an overall winning record against on one hand. Scratch that, I can count them on one finger: it's Indiana, who we have a 42-34-1 record against all-time. However, last year's game was the one game all year we'd wish we could have back: a 21-19 loss, Indiana's only Big Ten win of the year, and the performance that kept NU in the Alamo Bowl at 9-3 and not some other bowl at 10-2. Both CJ Bacher and Tyrell Sutton got injured, so Mike Kafka saw the field on the game's final drive, going 1/1 with a 9-yard completion and throwing a backwards pass that rolled out of bounds for a 24 yard loss that made every Wildcat fan watching think we were going to get reamed by Minnesota the next week. Current Indiana QB Ben Chappell started his first game of the season, and tore up NU's defense for 21/34, 219 yards passing and a touchdown.

Offense: Things looked mighty bad for the Hoosiers, considering their best offensive player last season, Kellen Lewis, who holds the school record for passing TD's and was probably a better runner than he was a passer, had a magical offseason in which he switched positions to wide receiver, then got kicked off the team, then transferred to D-II Valdosta State. (by the way, a quick scan of Valdosta State's football roster reveals names such as Cameo Holloway, Theseus Jackson, Isaiah Jupiter, Gerald Ford, Rico Mack, and Tay Ogletree. I really wish we played them.) (Wait, it's just hitting me how absurd it is that somebody named their child Gerald Ford. If only my last name were "Fillmore" I would top that mofo in having a nonconsequential president child name off.) In for Lewis stepped Ben Chappell, a QB who Lewis had started splitting snaps with last year. Last year he looked mediocre, completing 52.3% of his passes with four TD's and three picks, and his accuracy has majorly improved - 62.3 percent, not bad - but it took a three TD, no pick game against the things from Champaign last week to keep his TD-pick ratio at an unhealthy 8-7. Beware the dink-dunk.

On the other hand, the Hoosiers' rush game has been surprisingly dominant. If you throw away the OSU game where the team averaged .7 yards a carry, they're legit. You get rid of Ben Chappell's -51 yards rushing on 16 carries, they're averaging 4.4 ypc. Main running backs Darius Willis and Demetrius McCray, who have split 120 carries pretty evenly and are the team's two leading rushers, are averaging an ungodly 4.9 yards between the two of them, but McCray hasn't been playing much of late. The ground game of the year so far is Willis' 16 carry, 152 yard, two touchdown effort against Michigan, in which he busted out a nice 85 yarder for a score.

Tandon Doss and Damarlo Belcher are legit receivers, with Doss coming off a 130-yard game on Saturday and 676 yards on the season. Belcher's achievements, of course, are mentioned in the name post, but Doss is legitimately somebody to watch out for.

Also look out for the Wildcat, which Indiana uses with wide receiver Mitchell Evans. Although Evans is only 2-6 passing on the year - 2-8 last year, not making the whole "hey, I'm going to throw!" thing very credible - he's been a force on the ground, picking up 84 yards on 9 carries last week. He also punted once earlier in the year for a net of 8 yards, so, watch out, he's versatile!

Defense: The first and only name to note on Indiana's d is Jammie Kirlew, whose exploits, like Belcher's, are noted in the name post. Kirlew's a serious threat, and quite frankly, was probably better than Corey Wootton was last year, and is way, way better than he is this year.

Outside of that, it ain't much of a d. They made Virginia's offense look like a well oiled machine, as Jameel Sewell, who has been noted far and wide for being bad (the type of thing that will happen when you throw three picks against William & Mary) whipped the ball around for 308 yards and the Virginia ground game notched five touchdowns and 243 yards. Through the air, the Hoosiers have given up 11 touchdowns against six picks, and on the ground, they're givin up 3.7 a carry. Nah, not cutting it.