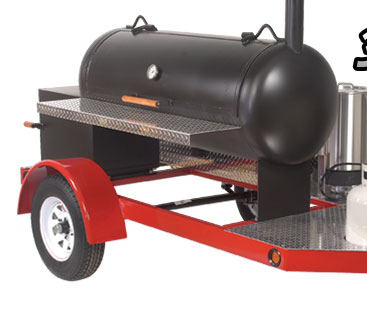 The flames from this grill are similar to the flames of eternal hellfire, where you'll end up if you support Engelbrecht's Sidney Stewart bashing.