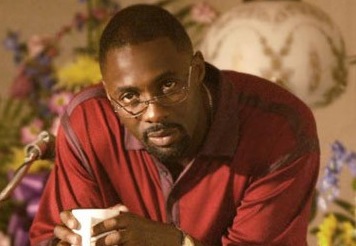 This week I've decided to spice up the power rankings, by finding a quote from The Wire to sum up the current state of the eleven Big Ten teams. It was a wild day yesterday with Michigan showing signs of life by upsetting UConn, and Indiana pulling out an overtime win over Minnesota in what was the game of the year in the Big Ten so far.

1 (previously 1) Michigan State: "The king stay the king": Much like chess, the Spartans are the king and the rest of the conference (the pawns) all seem to be playing for second place. Barring a huge collapse, they should stay on top and win the regular season title again, as they dismantled Illinois Saturday to take control of the Big Ten.

2 (5) Ohio State: "Murder ain't no thing, but this here's some assassination shit" This one goes out to Ohio State and Evan Turner, who went Day of the Jackal style on Purdue on Tuesday for a straight up assassination. He is clearly the best player in the conference when healthy, Northwestern will have their hands full with him tomorrow night.

3 (3) Wisconsin: "He was as stubborn a mick as ever stumbled out of the northeast parishes" Despite injuries, low expectations, and marginal talent, Bo Ryan continues to stubbornly lead Wisconsin to being one of the better teams in the Big Ten year after year. If he can keep them afloat without Leuer, he's probably got my vote for national coach of the year (and don't give me that John Calipari crap people, I could win with Wall, Bledsoe, Cousins and Patterson. Cheater Recruiter of the year, maybe.

4 (2) Purdue: "This kid's waving gang signals at me, and he's white! He's talking to me like he's a card-carrying member of the Wu-Tang Clan. You know what, you're not in the Wu-Tang Clan, ok kid? You're not even in A Tribe Called Quest." Ok, that's from Denis Leary stand-up, not The Wire, but he mentions the Wu-Tang Clan and Method Man is in both the Wu-Tang Clan and The Wire, so work with me here. Plus, the quote is just too perfect. 10 days ago, Purdue fans were acting like they were national title favorites (Wu-Tang), and right now they aren't even Big Ten title contenders (Quest). There's still time for them to salvage the season but they're going to need to get some production off their bench and get JaJuan Johnson turned around.

5 (4) Minnesota: "Mishy geshy gushy gishy mishy mashy mushy motherfucker" Much like Lester and Bunk couldn't get anything out of their trip away from Baltimore to interview the Atlantic Light crew members, Minnesota can't get anything out of trips away from Minneapolis, as they have a 2-6 record away from Williams Arena. Yesterday's loss to Indiana could prove costly come March, although I still think the Gophers will get enough wins to earn an NCAA invite.

6 (6) Illinois: "Game the same. It just got more fierce." After cruising to a 4-0 start in Big Ten play against the bottom of the league, the schedule got more fierce as the Illini had no answers for Michigan State. Illinois hosts Purdue Tuesday in a big game for both teams.

7 (7) Northwestern: "Jumpin' on a fast train" It nearly derailed following the loss to Wisconsin, but fans are jumping back onto the 'Cats NCAA bandwagon after the win over Purdue, hoping it's a fast train all the way to March Madness. NU has been stuck in no man's land for decades, but this could finally be the year they really make it on their own.

8 (8) Michigan: "All the pieces matter" The Wolverines haven't gotten contributions from their role players all year, but yesterday all the pieces came together and Michigan got its biggest win of the season.

9 (9) Indiana: "You come up under my wing young'un, you ain't gonna do nothing but rise, man." Tom Crean should be telling his recruits this because the Hoosiers are a program on the rise. Their win over Minnesota yesterday was very impressive; Assembly Hall is back to being a tough place to play.

10 (11) Iowa: "We grind, y'all try to stop us. Man why you gotta go and fuck with the program?" I can't find this on youtube unfortunately, but much like Fruit didn't get why the cops were letting people sell drugs in the free zone, Big Ten fans don't get why Penn State allowed Iowa to win a conference game. I was fully expecting Iowa to remain 11th all season in these rankings.

Honorable Mention: Pete Carroll and John Calipari: "You think I'm gonna be the scapegoat for the whole damn machine? Sheeeeeeeeeeeeeeeeeeeeeeeeeit." Have to take a shot at these two weasels for getting out of town just ahead of the NCAA posse. Much like Clay, Calipari and Carroll ran the machine, but have managed to escape blame and are still getting paid.