After winning their sixth-straight ALC title, the Northwestern Women's Lacrosse team (17-1, ranked #2) has an automatic bid into the 16-team NCAA tournament. Next goal: a sixth-straight NCAA title.

First up, a rematch with That Team in South Bend at Lakeside Field on May 15th. 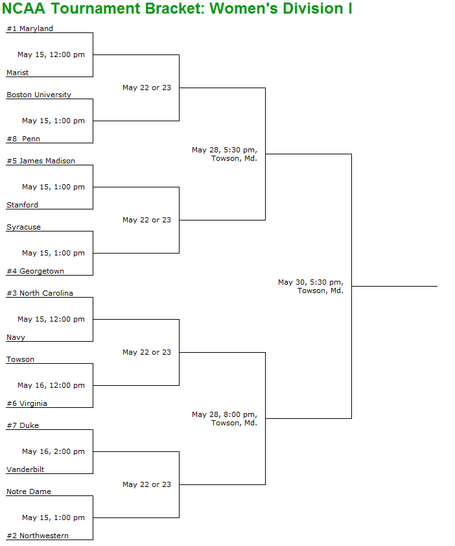 Based on what I've absorbed by wandering laxpower.com for a little while, here's how things will look if we manage another strong tournament run, and don't get tripped up early:

Game 3 - Likely winner of {North Carolina, Virginia}
(with the slight chance of either Towson or Navy)

Game 4 - Winner of {other half of bracket, likely Maryland}

Previous meeting: None this year

So, there you have it.