Canon: Football is occasionally a game of finesse. There's the touch pass, perfectly floated over the top of the defense, the juke to leave a defender going one way and a running back the other, there's the perfect route jump, based off of years of learning how to read the quarterback's eyes and time everything perfectly.

Corey Wootton was not about finesse.

I remember, last year, after the Purdue game, seeing him in line at BK at like 3 in the morning, and, jesus. He's just built on a different scale than most people, even most football players. That's LeBron big. That's Godzilla big. That's Big Show big. And despite his absurd size, this huge block of humanity was able to absolutely book it off the line of scrimmage. His size, strength, and speed at his prime were something you don't see often from a Northwestern Wildcat

He was something special for a long time. Dude started football games when Randy Walker was the head coach of the Northwestern Wildcats. Think about that.

And when he played, he was clearly and immediately on a different level than most people we have in Evanston. After using 2005 as a redshirt year after getting injured, Wootton earned freshman All-American honors in Pat Fitzgerald's first year as head coach, leading the team in sacks, and picking up one of every defensive statistic - yes, picks, blocked kicks, sacks, forced and recovered fumbles, the whole shebang - and it was off to the races after that.

His junior year, wow. He did the same thing every play. The ball would be snapped, and he'd take the outside route around the right tackle, and it seemed like once per series he'd just manage to go unblocked, he'd be gone, bang, and by the time the play starts he's already gunning for the quarterback. The QB would see him coming - Wootton lined up on his right side, not his blind side - and what can you do? You're not completing a throw on his side of the field, because he's 6'7. And even if the right tackle did in fact block him, he wouldn't stay blocked for long. One of the fascinating things about football as a sport is that it's team-oriented, and it's difficult to see individual players stand out unless they do something big, like pick off a pass or score a touchdown. But in 2008, you could just tell - even on plays he didn't end up getting a tackle - he was owning the game.

He was playing like that against Missouri, too. Everywhere. He picked off a pass! Dropped back into coverage, the announcer said "an interception by Wootton!" and everyone was like "HOW WAS COREY WOOTTON EVEN IN THAT PLACE? WHAT WAS HE DOING ALL THE WAY OVER THERE! WH-W!" And like normal, he was in the opposing QB's head. Even on the play that doomed him, it was him doing what he did best - coming around that outside, gunning for that quarterback.

Except in one of those freak things that sadly happens sometimes, Chase Daniel and Corey went one way, and the lower part of his leg and the turf went the other. The weight of being unnaturally huge and quick caught up with Corey's limbs.

He shouldn't have been back in Evanston in 2009. He should've been a first round draft pick, getting that paper. This man never should have been forced by fate to get a degree.

But he came back, supposedly at 100 percent, but as time wore on, you could tell he wasn't. He was saying that to make opponents think he was 100 percent, and they still double-teamed him like he was, but they didn't need to. The Corey Wootton from 2005-2008 doesn't get blocked by two Towson offensive linemen, let alone one. He beat people around the outside instead of running into a waiting offensive lineman. When the season started, he was probably at like 75 percent. Nowhere to be seen. But as the year went along, he started showing signs. Against Indiana, he had a sack. "Hey, that kinda looked like Corey Wootton. Was that his first sack of the year?" ".... Yeah. Yeah, actually, I think it was." Against Penn State, he just kinda looked like himself.

And then, against Iowa, mayhem. Northwestern's season looked average, but on a Ricky Stanzi rollout, Wootton changed that. You remember the play. No blocking, just Wootton, Stanzi, and there's no stopping that. The fumble got picked up in the end zone, the ankle kept Stanzi out for the game, and a few weeks after that, spoiling Iowa's perfect season, and NU closed out the regular season with three wins, each featuring one Corey Wootton sack.

Some defenders simply help their team. Wootton changed ours.

Nicknames, proposed/actual: WOOT, actual. Etymology: Not so much a nickname as an abbreviation of a really awesome last name. Also a popular word on the internets. Must be spelled in all-caps.

Woottrain, proposed. Etymology: For some reason, me and my friends painted this on our chests for one game. I was one of three exclamation points. It's not a good nickname, and it didn't really make sense, although it does point out how unstoppable Corey was when he was on. I bet a woottrain would go "WOOT! WOOT!" instead of Choo-choo.

Legacy: (I probably should explain: it's my personal theory that college athletes are in our mindsets for too short a time to get remembered for big picture things, like their skillsets, personalities, and whatnot: college players get remembered for moments, individual games, and just these quirky little achievements that allow us to see their name years later and remember that one exact moment. I'll try to pinpoint one for each of these guys.)

I'm not reveling in Ricky Stanzi's injury. In fact, let's pretend he doesn't get injured on this play, because quite frankly, it doesn't matter. He could've stayed healthy, and it's still the biggest play of Wootton's career. He doesn't fumble because he's hurt. He fumbles because Wootton strips him, and he didn't have time to react and properly tuck away the ball after realizing that there was a furious Corey Wootton less than five feet away from him.

Corey seemed irrelevant to the Northwestern Wildcats defense by week 10 of this season. So irrelevant, that Iowa called a rollout play in his direction where he was matched up against two tight ends whose jobs were to hold the block for about half a second and then split out wide and get open for a pass. Iowa was gambling that Wootton would be the only guy on his side because all the direction was to the other side, and that he couldn't guard, both Stanzi and the tight end.

If you saw Corey Wootton in any other year of his career, you'd realize how bad an idea this was.

This is 2008 Corey Wootton. By the time Stanzi's faked the play action and is looking up, one tight end is out in the flat, wide open. Problem is, there's a 6'7, 280 pound, angry, angry man literally on top of Ricky Stanzi. He can't run, because Wootton is faster than he is, and it'll be a safety. He can't throw, because he doesn't have time to wind up, and if he did, it would get knocked down by the angry 6'7 guy.

This is the Corey Wootton we'll remember. a dude with the ability to make the quarterback of a coasting, undefeated team, crap his pants and fumble in his own end zone, earning his team seven points, momentum, and eventually, the game and a phenomenal finish to the season. 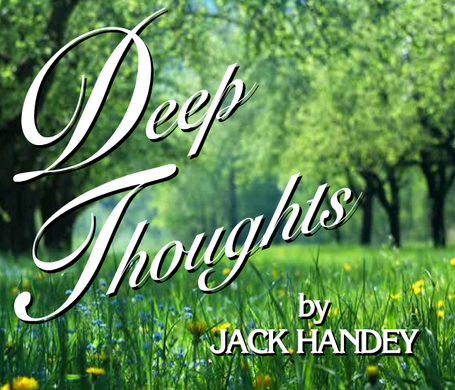 Well, first of all, he isn't playing at Northwestern University in 2009. He's off lighting cigars with 100 dollar bills with Luis Castillo, while they both wear their custom-fitted membership jackets to the Club of First-Round Defensive Ends Drafted out of Northwestern, a two-person club that meets monthly in a picturesque gazebo they built exclusively for this perfect, that they only use once a month but that they have butlers on staff 24/7/365 to keep it nice and clean. They also have a gold-plated toilet.

Actually, he isn't playing in 2008, either. He gets selected in the 2008 draft, having played his entire true freshman year in 2005 under Randy Walker, hitting his stride as a sophomore, and going nova as a junior.

As it was, he ended up a 2009 third-rounder, but he's so much more. He shored up our defense for the entire 2008 season. He had the biggest play of the 2009 season. He left having started more games for the Northwestern Wildcats than any other player in the history of the program, and, as far as I can tell, played in more wins than any player in Northwestern history.

Corey Wootton without injuries is a different dude. Less of a risk for NFL teams. Probably a lot happier, and a lot richer, and that's a shame. But what he told me when I spoke to him on the phone the day after he got drafted is that he knows that everything happens for a reason.

For example: you grow up to be a 6'7 280 pound hyper-athletic freak. Sound sweet right? Downside, being athletic and huge puts your ligaments at a pretty nice likelihood of getting mangled, doesn't it?

So you get violently injured, and your draft stock drops like a stone. Sounds terrible, right? Upside, Corey got out of here with a degree and contributed in a huge way to NU's teams for five years, leaving as the player with more starts than any in school history. I guess everything happens for a reason.

On the horizon: Corey was a fourth-round selection by the Chicago Bears, where he'll be within an el trip of Ryan Field. Best of luck to him.