Tuition Tuesday: How to Lose a Game in 10 Innings

Share All sharing options for: Tuition Tuesday: How to Lose a Game in 10 Innings

Every week, Sippin' on Purple takes a look around the world of other NU sports (i.e. not basketball and football, the two I know a lot about), and never actually does it on Tuesday, just for the sake of tradition. 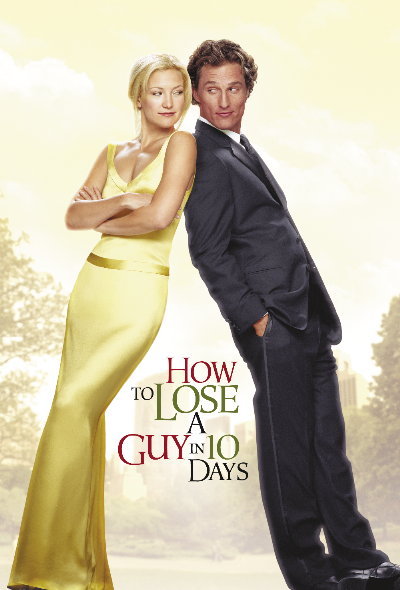 What? Not man enough to post romantic comedy posters on your blog? Say it to my face!

I already covered our NCAA-involved teams, so, here's what's remaining.
So, I want all these teams to win, but deep down inside,  I don't deeply care about any of the teams involved. It's not like football, where I go hoarse most games, or basketball, where I yell "GET BUCKETS" at the players if I run into them at the Keg on Saturday nights (not that this happened multiple times Saturday movin right along here fellas just keep it movin), in these sports, I sort of casually just want the teams to win.

And I'm glad about this. Because if I was an ardent Northwestern baseball fan for some reason, I'd be mad, because they had probably the most impressive loss I've ever read about against Michigan this weekend. Like, it's a loss of such epic proportions, that I cannot comprehend how or in what ways it occured. It's spectacular. But let's cut to the chase. It's brutal, so only read if you like reading about really comical losses.

Baseball: NU entered the weekend in a four-way tie for first with - WAIT FOR IT - Michigan, who they happened to be playing this weekend. So the teams split the first two: On Friday, the Cats had two homers from Chris Lashmet, but couldn't get much else going and lost 4-3, with all three of their runs scored by Lashmet. On Saturday, NU went up 7-1, but blew the lead (THESE WORDS WILL APPEAR AGAIN IN THIS ARTICLE) thanks to back-to-back-to-back homers by the Wolverines, but five RBI from Jack Havey were enough to give them the win. So they were still tied for first heading into Sunday.

Fourteen. It's a lot of points to be ahead by in many sports. Not in sports like bowling, or tennis, where fourteen isn't a number you can score, or cricket, where 14 points is only worth three points in the metric system, or individual kernels of popcorn eating, where 14 is like a big handful. But in some sports, it's a lot to be ahead by. Like if you're up fourteen on basketball, you can slow down the pace and focus on defense a bit. The lead isn't perfectly safe, but, you've got things under control and will be disappointed if you lose. In football, two touchdowns is far from insurmountable, but think on the Outback Bowl. Think about the outrageous things NU had to do to come back from down two scores - twice - and they still lost in overtime.

In baseball, fourteen is a crooked number. Most games don't feature fourteen runs. Most games with fourteen runs only feature one team scoring fourteen runs. If you take a 14-0 lead, you're pretty much safe. Your team will probably win the game. You can put in your worst pitcher, even if it's a paraplegic kindergartner, and if they touch him up for seven runs, then you take it serious and put in your second worst pitcher. But you're still up seven. Which means seven of their players would have to reach base and score, without you scoring a single run, to tie it. Pull the paraplegic kindergartner for a one-legged eighth grader, and you should be good.

NU came out like gangbusters against Michigan on Sunday in the decisive game of the series. In case you couldn't tell where I was going with this, they scored 14 runs in the second and third innings. 14. In the second inning, there was a sequence where Michigan walked batters with the bases loaded three consecutive times, then allowed a grand slam to Chris Lashmet.

Meanwhile, they did not do any of the run-scoring themselves, meaning NU was up... four.teen.to.nothing.

There's no such thing as the prevent defense or four corners offense in baseball. You have to pitch to every batter. But, sheeeeeeeiz, couldn't you think of something? Maybe walk the dudes that are good at hitting?

I mean, if you score 14 runs and allow zero in three innings, common sense dictates you'll probably win 42-0. Then again, I clearly don't have much common sense, or else I would find something more sensible to do with my time than write a friggin blog about Northwestern sports.

in the bottom of the third, Michigan nearly cut the lead in half, scoring six to make it 14-6. Still a commanding lead.

And, hey, didn't this offense score 14 runs in two innings? They should be able to push across at least one more over the course of the next six, right? Right?

But it was tied 14-14. They still had the opportunity to score in the tenth! Except Michigan pitcher Matt Miller capped off his 5.2 inning scoreless relief outing by letting NU strand runners at first and second, and in the bottom half, Mike Dufek hit a walkoff solo shot.

1. You go up 14-0 in the first three innings of a game where if you win, you retain first place in the conference.

3. You fail to score a single run after scoring 14 in three innings.

I feel bad. Straight up bad. They have three games against Michigan State this next weekend, and after fighting for first place last week, this week they'll be forced to win the series to avoid slipping below the sixth spot in the Big Ten, which would eliminate them from the Big Ten Tournament and by extension the NCAA's. I'd be surprised if you can come back from blowing a 14-run lead with any effectiveness, but, we'll see how they do.

Softball: The other team in action that I didn't post about Saturday was the softball team, and, well, their season is mighty over. After entering the year in the top-25, they kinda fell off the charts, and now won't be appearing in the NCAA tournament for the first time since 2005 after two losses to No. 19 Ohio State. They lost the first game 9-6, and then to cap off their season, lost 16-0 - yeah, no 16-run comeback - to the Buckeyes. I'm in the "if you're going to go out, go out big" method of lifestyle thinking, aka the  Tony Montana school of philosophy, and The Cats followed suit, and I gotta respect them for that.

So that's it for now - more NCAA tournament updates when necessary.