As anybody who watched Lost last night knows - even me, and that was only like, the third episode I've ever watched of Lost - motifs n crap are important. Whether in literature, music, art, movies  sometimes, there's something that continually just seems to be... there. Popping up. And even if you can't identify why it's significant, just the fact that it's there is significant.

Towson is quickly and creepily becoming a place that is consistently randomly on NU's conscience, just chillin around, being creepy. Not so prominently that you'd notice them, more like how in Fight Club, there are all those random subliminal one-frame images of Tyler Durden and dicks popping up at times that you wouldn't expect them, and you don't know why they're there, but you determine its just so you know that there's some crazy nonsense going on.

You see, last year, NU football played Towson, and beat them 47-14 in our season opener. It seemed weird, and I wrote posts like this and this. I understand the purpose of playing some random I-AA school, but, why Towson? They're from, like, Maryland, they'd only played two games against I-A competition in school history, it just seemed out of place. (I remember there being some reason involving somebody at Towson being tight with Mark Murphy, or maybe Jim Phillips, I forget the specifics.) Then, you log onto NUsports.com, and, BANG. There's a lacrosse headline that says "Back to Towson!" about how NU's lacrosse team is headed to the women's lax final four in... TOWSON, MARYLAND. The NCAA women's lacrosse final four is being played on Towson's football field, as it was last year, and presumably every year, but still, you can see how Towson is quickly becoming the subliminal Fight Club penis of NU sports. (one more to file under "phrases that will ensure I never get a job as a professional journalist.) And thus it begins. Soon, Towson will begin randomly popping up everywhere in our NU sports lives, regardless of whether we want them to or not.

So I got to thinking: who else are NU's subliminal Fight Club penises? What are those colleges that, even though NU has no overt connection to them, seem to always be there, randomly occuring at weird intervals throughout NU sports' consciousness? Who are NU's motifs?I analyzed a few after the jump, and then ranked them on level of creepiness.

Person who carries around a tissue you threw out three years ago: The Notre Dame Fighting Irish 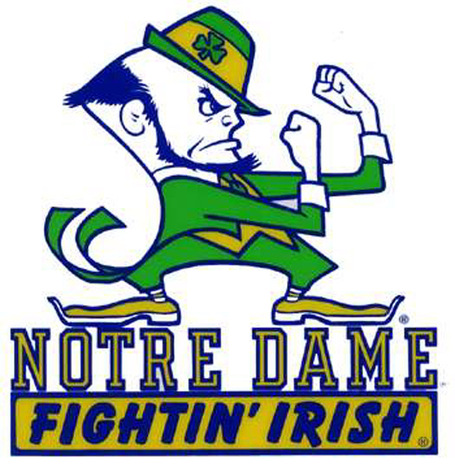 Why they're creepy: Really, it isn't. NU is probably creepier towards The Team from South Bend than they are towards us. We view the 1995 football victory over Notre Dame as an epoch-defining moment; Notre Dame fans probably don't even remember it. We view Ara Parseghian as one of the better coaches in our school's history, Notre Dame fans are probably unaware he ever coached at Northwestern. And yet despite the historical ownage ND has sent our way, this is a matchup that keeps occurring. It makes sense, because we're both D-I sports programs in the Chicagoland region, and you'd have to think ND keeps putting us on their schedule to keep their major Chi-town fanbase happy. (note that NU has a habit of not hosting major sport home games against the Irish: the last football game at Ryan Field was in 1976, they've since played two "home" games at Soldier Field, and this year's basketball game was played at UIC.) The proximity thing also keeps them popping up a lot in non-revenue sports - both men's soccer and women's lacrosse played Notre Dame in the first round of their respective NCAA tournaments.

Person who Facebook friends you even though you don't know them and have no mutual friends, then proceeds to like various photos of you from when you were 16: The Miami (OH) RedHawks 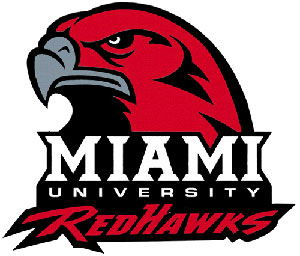 Vital stats: Nine historical football matchups (fourth-most of any non-Big Ten school, NU is 3-6), One historical basketball matchup (NU is 0-1), four matchups between Miami and NU in 2009-10 season across all NU's varsity sports

Why they're creepy: The numbers don't show it, but there's a definite awkward sense of familiarity between these two teams. They've played at a pretty regular clip in football recently - five games in the past 15 years - and they all have some sort of heightened importance. 1995 was NU's only loss that year, 2006 was Fitz's first game as a head coach, playing against the alma mater of his recently deceased predecessor, and this past year seems sort of important because I wrote too many blog posts about it. Two of NU's coaches - Walker and Parseghian - were Miami grads. It's not an overwhelmingly noticeable bond, but it's there.

Person who sees you on Sheridan Road and goes out of their way to say hi to you, even though you have no recollection of ever seeing them before: The Duke Blue Devils

Why they're creepy: This one probably catches you a little bit off-guard. After all, when you think Duke, you think basketball, and Duke basketball has almost nothing to do with NU basketball. They're always successful, we never play them because they're always successful. The internet tells me we've played Western Michigan 26 times and Bradley and Colorado nine times, neither of those are our rivals. But two things strike me about Duke: first off, the tenacity of the Blue Devils to randomly appear on our schedule in football - we've played them ten times since 1996, considering we've only played 12 schools more than 10 times overall, and 10 of them are in the same conference as us, that's pretty impressive. I mean, they've been on our non-conference schedule more times in the past fifteen years than they haven't been. Secondly, Duke gives off a similar vibe to us as a school - small, private, focused on academics, let's not start a commenting war this time - and that obviously leads me to hate them in a "we're not so different, you and I" sort of way. Also, we just played them in women's lacrosse, so I got Blue Devil on the brain.

So that's that. I presumably missed someone, something, or screwed up in some way. Tell me who you think our stalkerish, Fight Club genitalia-like rival schools are.