So, the women's lacrosse team lost in the national championship. Well, that's cool, at least we've got all those other upcoming events to look forward to that I can write abou- wait, what's that, NUSports.com? 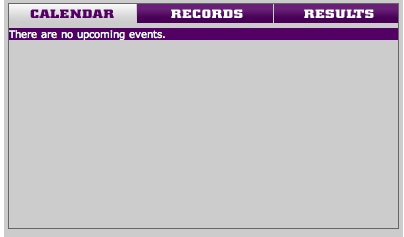 The first athletic year of Sippin' on Purple is complete, and thanks to y'all fools, who have been round commenting on game threads and whatnot, it's been a success. So thanks for that.

NU sports won't kick up until about mid-August, when random teams you don't know anything about will begin their seasons, and when the football team recommences practicing, scrimmaging, and letting me make stuff up about our first game of the year - that's September 4, in Nashville, Tennessee.

Until then, I plan on bringing you the least relevant of information as frequently as I can. If there's one thing I'm good at grasping at, it's straws, and there will be plenty of that over the summer, considering I do plan on posting here frequently, including several times more today, to make up for my self-imposed hiatus.

We have Northwestern sports, bad jokes, and whatever the hell else comes up over the course of our conversation to discuss. Together, we can get through this.