50 rounds, no love: Northwestern and the MLB Draft

Share All sharing options for: 50 rounds, no love: Northwestern and the MLB Draft 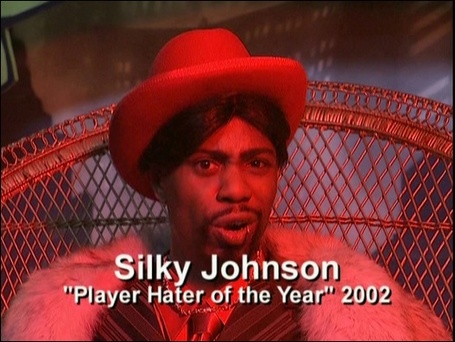 "I'd like to thank the MLB for giving everybody else so much, and me so damn little" - Silky Johnson/Northwestern baseball

So, today's the MLB draft. If the entire college sports world doesn't completely implode (and it might very well do that while I'm taking my final today, at least rock a fanpost if it does) (and no, I don't feel like keeping this site up to date on every single rumor, because that would just take too much time and every other site is doing it) (OHCRAPTEXASJUSTSECEDEDFROMTHEUNIONTOJOINTHEPAC-10ANDRUTGERSJUSTANNEXEDTHESUDETENLANDHOLYCRAP) (yeah, I made a Sudetenland joke, deal with it, turds), it's the most important thing related to Northwestern sports today. You're probably all like "but I thought yesterday was the MLB Draft!" and to a certain extent that's true: yesterday was the first round of the MLB draft. But today's rounds 2-30, tomorrow's rounds 31-50. (yeah, there's 50 rounds. For the record, I've taken poops less relevant than rounds 45-50.) For most players that aren't really, really good, these are the two days that count.

And that's generally the deal with NU players. It wouldn't be surprising according to most people who know this type of stuff to see two Wildcats get picked this year: sophomore pitcher/ex-Big Ten freshman of the year Eric Jokisch, and senior catcher Chad Noble. If one of them gets picked today, you'll hear about it here.(notwithstanding conference realignmentpocalypseclusterbang 2010)

Cool, huh? You probably know a little bit about NU's baseball background - we got Joe Girardi, and Mark Loretta - but what about this whole draft thing? How does NU generally do?

I'll tell you after the jump.