Screw all of you guys.

So, me and some people had planned to go to McGee's this week because it's Friday and you give them $20 and they give you all the Golden Monkey and Bell's Two Hearted Ale and whatever other various great beers and meatballs in BBQ sauce as you want. It's the best. And then there was an extremely unimportant basketball game that I forgot about I told some other people I'd go to. I thought it would be funny to put it up to a vote which one I should go to.

Instead, "basketball game" won in a 54-30 landslide. I had to tell my friend I'd been telling all week we'd go to McGee's that we weren't going. Here are her texts, which she has since described as "bitchy". 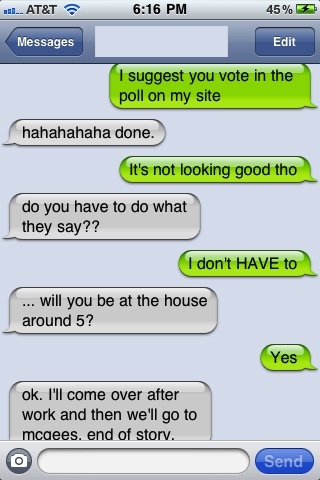 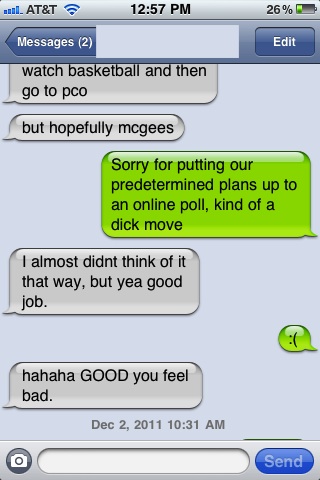 Instead I'm going to heckle the Mississippi State Delta Devils. Should be fun.