We've lost our first member of the season. Northern Colorado, the No. 1 seed over in the Big Sky conference, came up with the 65-60 win at home yesterday over Montana, and will advance to the NCAA Tourney for the first time, leaving us a member short: (head count as of today: 50.)

UNC, as they are easily and non-confusingly referred to were lead by Devon Beitzel, who dropped 27, mainly thanks to his ability to get to the line earning him 17 free throws, of which he made 14. They ended the game with a 35-19 advantage at the line which probably pushed them over the top in a game where they needed to make freebies down the stretch to keep Montana and center Brian Qvale at arm's length.

The Bears had a pretty favorable track to the tourney: the Big Sky has nine teams, but rather than have an 8-9 playoff game and a typical tourney format, the top six teams make it, and the No. 1 and No. 2 seeds get byes. Then, the semis and finals were hosted at UNC. They only had to win two games, both at home, to go dancing - and they did.

Hit the jump for memorializing. 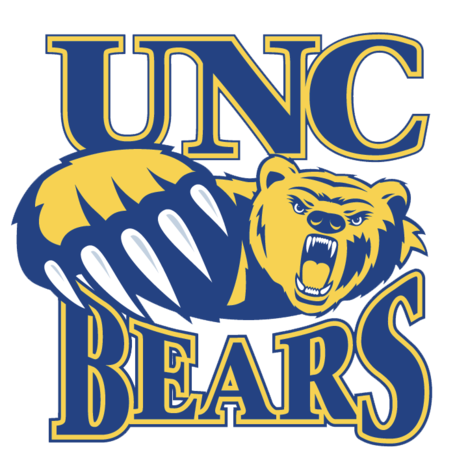 Great moments in Northern Colorado basketball history:The basketball team honestly doesn't have a great tradition of, well, anything - the main impetus behind UNC's decision to switch to D-I was for the sake of the football team, winner of the 1996-97 D-II national championships, and has produced NFL players like Vincent Jackson, and, uh, punter Dirk Johnson. The school's only NBA presence was Mike Higgins, a power forward who played very sparingly from 1990-91 for three different teams including the home-state Nuggets, putting up a grand total of 18 field goals.

Why we'll root for them in the NCAA Tournament: Devon Beitzel is better than Jimmer Fredette, and is the same person because they're both 32-wearing, white, gunners from four corners states - Beitzel averaged 21.4 per game this year. Despite taking a very high percentage of team shots, Kenpom notes he's very efficient. Eat it, Jimmer.

Heartfelt letter: Look, this... this isn't going to work out. It's always hard to say goodbye, University of Northern Colorado, but we're not meant to be. You and I know that both. Fate brought us together for the past few years, it was clear you never really... wanted to be here. We met and hit it off, but, it always seemed like your mind was elsewhere. We were thinking about the future, you were busy finishing second in the Big Sky conference. This isn't about us. This is about you. Whatever it is you're looking for, you weren't going to find it here - it's best we both just move on. It's better we go our separate ways than meet again, both of us low-level NIT squads - us thinking about next year, you thinking about how things could have gone differently with Montana, both of us thinking about that one word, incompatibility. You'll be missed - but we're both headed where we need to be.

P.S. DON'T LEAVE ME BABY, THIS CAN WORK OUT, I SWEAR. SURE IT'S HARD WHEN YOUR CONFERENCE IS SO FRIGGIN BAD TO LOSE EVERY YEAR BUT COME ON, YOU CAN'T LOSE TO MONTANA? OKAY MAYBE NOT THE BEST EXAMPLE THEY'RE PRETTY BAD TOO AND THEIR STATE IS REALLY EMPTY BUT BABE, BABY, LISTEN: EVERYBODY GOES THROUGH THEIR ROUGH PATCHES STOP CRYING DAMMIT YOU TOLD YOURSELF YOU WEREN'T GOING TO CRY BUT JUST STICK AROUND FOR A FEW MORE DAYS, OR YEARS AND THEN MAYBE GO BACK TO D-II OR SOMETHING YOU'LL SEE IT'LL WORK OUT I SWEAR.