Instead of the standard, boring recap of the weekend's NCAA tournament action, let's instead take pleasure in the misery of those who didn't quite make the cut. This idea is, of course, a rip-off of the brilliant weekly column MGoBlog's Brian Cook writes, but he's probably too busy rejoicing over Michigan hockey making the Frozen Four to do anything like this. Also thanks to commenter Brock Sampson on BHGP for giving me the idea.

Let's not bury the lede. Kansas had the easiest path to the Final Four maybe of all time, yet got blitzed by Shaka Smart and 11th seeded Virginia Commonwealth and suffered the worst loss in program history. Such a bad loss, in fact, that one commenter on Rock Chalk Talk wants mid-majors abolished:

I hate to be that guy, but I'm so salty after this loss I'll say it

Mid-Majors are not good for the sport, they are bad. College basketball is at its best when the top teams are competing for championships. Even though I hate the schools and all my friends do to, I would absolutely watch Kentucky vs. UNC play for the title. If VCU or Butler are in it, I don’t care. Its a cool feel-good story that I don’t care about.

StarHawk at KUsports.com was even more upset:

want to throw up right now, i cried shortly after the loss. F*CK VCU with a capital FFFFFFFF. Your fans are all ugly decrepite mason nazi pricks who don't know the essense of our great program. they were lucky as hell.

What exactly does this lunatic mean by "mason"? Is he comparing VCU to George Mason? Does he not like Freemasons? I don't understand.

And finally, it doesn't get much better than a grown man dressed as a bird crying in public.

Ohio State basketball fans aren't quite as crazy as their football brethren; they still like Thad Matta despite consecutive NCAA losses to lower-seeded SEC teams, but one dude on Eleven Warriors needs a hug:

I am in a state of sports heart brokenness.

Our football program, one of the things I hold dearest to my heart, is in shambles. Our football coach, one of the people who I respect the most, is in a fallen politician esque scandal. Our fan base, a second unified family to me for the most part, is completely divided.

And now admist all of this, our wonderful basketball team, a team I've come to love and cherish like I usually would one of our football teams, will not be playing until next season.

You know, its funny. For the first time, I can't say I'm looking forward to transitioning into football. I'm a bit younger than maybe some of you think. I've been spoiled with Ohio State athletics, not seeing many dark periods in my time as a die hard fan. I can't say I've ever felt this way heading into football season, ever. I thought this basketball team had it all. I thought they would, in a way, right the wrongs of the Jim Tressel and the football program.

All of this and I understand that I must realize that people are starving, have fatal diseases and sicknesses, and are homeless and broke. Perspective always helps. Kind of.

While this isn't really schadenfreude, it's too funny not to share. In the midst of a discussion on Charles Barkley accurately predicting Ohio State's demise, we get this gem:

His predictions have NOT been spot on, he has got a couple more or less right, but the thing about picking games is that you always have a 50% chance of getting it right.

Makes sense to me; you either correctly predict the winner or you don't. It's fifty-fifty!

Are sports worth the time and energy we put into them?

I'm starting to wonder. I stayed home from church tonight to watch the game. I've never done that before but I figured it wouldn't hurt this one time.

UNC fans, if you're looking for someone to blame, here's your guy.

Staying in the ACC, Duke got blitzed in the Sweet 16 by Arizona, and one blogger (who's a Duke fan AND a Yankees fan, unacceptable) lists the reasons for the loss:

Blaming the officials in a 16 point loss and ripping Coach K for having the temerity to use one of the best players in the country, well done. His post just goes on and on, totaling 3600 words and featuring thirteen F-bombs. Cheer up, Duke/Yankee fan, Kevin Millwood is now in pinstripes.

First, he starts a thread guaranteeing an Aztec win:

I am making an announcement right now. I'll leave for 3 months if SDSU loses to UConn. It will NOT happen. S D S U SDSU AZTECS FIGHT!

After he's roundly mocked, things start to get real:

You want to make it interesting? Let's bet 5k on the game then. Step up.

His wager is accepted (yes, the guy really put up $5,000), then SDSU gets Kemba'd. At least he accepts defeat with class:

Without writing a massive rant, 2 ****ing bull**** technicals that killed our momentum, a missed over the back call that was BLATANT with 2 min left that turned into a 3 literally 3 seconds after when we were down 1 (would have shot 2 FT's as 10 fouls). There was way too much bull**** going on. Congrats Greeer, I remember my first time getting lucky in a bet.

Quit being results oriented you god damn idiots. SDSU WAS THE TEAM HERE. THEY STARTED AT +1 AND ENDED AT -2 WITH THE IDIOT PUBLIC MASSIVELY ON UCONN.

Couldn't have happened to a nicer guy.

It was quite a bit harder to find upset BYU fans. After perusing page after page of forums with nothing but praise for Jimmer and the rest of their program, I finally see a thread entitled My confession: I'd hoped for a tale on drinking, gambling and whoring in New Orleans after the loss, but alas:

Years past I was on this board solely for football info. Liked the BBall team but was very fair weathered. This season has ignited a passion in me for future years. Thank you Coach Rose for your great leadership, and calm demeanor. Thank you Jimmer for making the impossible seem so attainable, and for glowing as the world looked upon you. Thank you seniors for all your devoted work. Thank you Davies for helping us all have more introspection, and taking life's often cruel medicine with a head held high. This has been BYU athletics greatest year for me. It was inspiring to me and my family. Bring on 2011-2012!!!

Not quite what I was hoping for.

Elsewhere, Florida fans spend a little time blaming the refs but are more interested in trolling Kentucky, while Wisconsin bloggers engage in a rational debate on the state of the program. Where are the clowns who riot after football games, Bucky's 5th Quarter? Florida State fans wonder why Leonard Hamilton didn't use his timeouts at the end of regulation and overtime; my theory is he was too busy trying to hide the existence of Hamsterdam from his bosses: 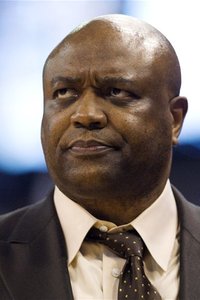 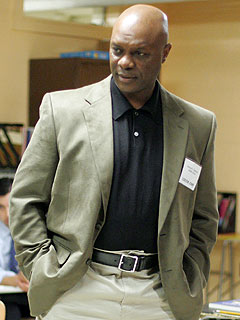