I didn't really take much note of the games last night - because Northwestern has its own, you know, games too, about which, recap later - but today has developed into a busy day of #nevermadethetourney action. (For those of you who tweet, #nevermadethetourney is my first attempt at actually trying to create a hashtag that other people use. Well, I tried once already with #fratboyproblems - example "no cups or bowls, looks like i'm going to have to eat lucky charms out of my stein #fratboyproblems" but apparently that actually was one that people used on occasion. Point is, Twitter is dumb and I hate it.

Anyway, after the jump you'll see the business as the NEC jumps into the fray. We also lost two more bros yesterday - hit the jump to read about it (even though I know nobody cares.)

Once again, all percentages are Kenpoms, and we're taking it chronologically.

Yep, we're back with the early start times in the Atlantic Sun. Once again, a chance to distract us from work with basketball we couldn't possibly care about on internet feeds that don't work (according to people who tried) and my vague conception that this will turn into a game thread for us, the North Florida supporters of the world.

Something North Florida's got going for them: They enter the game on a three-game win streak - hot! - and of course, have the respect of all Northwestern fans after letting us kick the crap out of them last year. Also, since Jacksonville is technically in North Florida, Jacksonville clearly should be worse, like if the United States national basketball team played Kansas' statewide basketball team.Although they lost twice to Jacksonville, it was by a combined three points, including an OT loss.

Something North Florida distinctly does not have going for them: Jacksonville would be the second-highest team UNF has beaten all year long, per kenpom. Also, the University of North Florida is actually in Jacksonville, which doesn't have any bearing on the game, but sucks pretty bad. Do you think they split a bus?

Reason to irrationally hate Jacksonville: Clearly the douchiest of Jacksonville-area universities, as well as the only one (UNF, Jacksonville State) to have ever made the NCAA tourney. Also, dolphins: although they give off the front of being hyper-intelligent, adorable, and friendly, they're secretly ruthless killing machines, and just happen to have good PR. Jerks.

Yes, after an upset victory over the Liberty Flames (screw you, Liberty Flames!) the High Point Panthers are back. Great news for those of you fans of extreme topology and or optimism. Bad news for basketball fans everywhere, as it means I'm going to have to write once more about the Big South conference, which, next to the Southern Conference and Southland Conference, is the one of the top three Southiest conferences in the nation.

High Point's chances of winning the conference tourney (from before it started): .1 percent.

Something High Point distinctly does not have going for them: According to Kenpom, UNC-Asheville is the better team than Liberty. Quite frankly, I have no clue what gives him this idea - worse conference record, along with 0-2 against Liberty

Reasons to irrationally hate UNC-Asheville: The only thing I know about UNC-Asheville is that Kenny George used to play for them, and that he probably hated basketball but played it because he was 7-foot-7 and virtually had to, so, basically, UNC-Asheville are exploitative pricks. Jerks.

How to watch it if you truly must: It's on ESPNU.

What? A no-tourney team favored? That's a first thus far.

Something Quinnipiac has going for them: They're favored, they're playing at home, and according to kenpom, they're one of the best rebounding teams in the country - fifth offensively, eighth defensively.

Something Quinnipiac distinctly does not have going for them: They've had a rough time with the mountain saints - won 77-75 at home and lost 72-63 on the road.

Something St. Francis has going for them: They make multiple appearances on the hastily made NU highlight video that plays on repeat on the bus that goes to Welsh-Ryan Arena on account of the MSG game.They also enter the postseason on a four-game win streak

Something St. Francis distinctly does not have going for them: The one matchup between these seemingly evenly-matched teams was an 18-point blowout.

Reason to irrationally hate Central Connecticut State: Central Connecticut is surprisingly one of the least enjoyable places to be on the face of the planet earth. I've been, and I'd much rather be in Western, Eastern, Northern, and possibly even Southern Connecticut. Also, Blue Devils? Really? First off, a blue devil isn't even a thing. You clearly just copied Duke. Why anybody would want to be like Duke, I don't know, unless they're an unoriginal copycat tool, like whoever runs Central Connecticut State Jerks.

The Skyhawks advanced yesterday with a... well, quite frankly, relatively unthrilling 68-64 win over Tennessee State. By the way, to enter a team in the OVC, all you have to do is start a school called "Tennessee X" and you get to play. I'm thinking about entering my IM team as the University of Tennessee-Whiskey and seeing if they take us.

Something Tennessee-Martin has going for them: According to kenpom, Tennessee Tech is marginally worse than Tennessee State. Also, in terms of interesting words, Martin>Tech>State.

Something Tennessee-Martin distinctly does not have going for them: Tennessee Tech had a first round bye, meaning they didn't play a game just yesterday, meaning they're probs a lot less tired than Martin and pals.

Reason to irrationally hate Tennessee Tech: I'm genuinely too bored to figure out whether or not they played Northwestern in basketball at some point. I'm going with "possibly". Jerks.

Something Lipscomb has going for them: They beat conference dominator Belmont earlier this year, also, Lipscomb Bison is a pretty sweet name. For anything. I'd name my kid that, if my last name was "Bison".

Something Lipscomb distinctly does not have going for them: For no apparent reason, the conference tourney is held at Mercer: the Atlantic Sun provides no byes or home-court advantage to top seeds, but Mercer gets home court - they rode it to the finals last year. Also, their last regular season game was a victory over Lipscomb.

Now time to say goodbye to some of our dearly departed brethren:

Club member since: 1948. (OG Status Member.)
Felled by: Bucknell, 78-51, in the first round.
Great moments in basketball history: Army was home to Coach Bobby Knight, and while he coached there, Mike Krzyzewski, Central Connecticut State's idol, played point guard (but wasn't very good apparently.) who also went on to coach at West Point.

Why they will be missed: You always gotta root for service academies (except when they play Northwestern next year in football). Also, they're an OG Status member of the no tourney club, and it sucks that they'll be back for another year.
Kennesaw State Owls 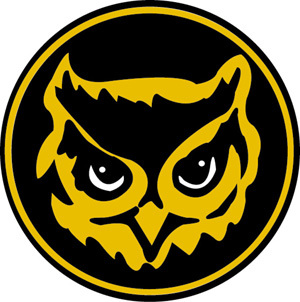 Great moments in basketball history: Uhh, their first year in D-I was 2009. They beat Georgia Tech one time!

Why they'll be missed: For reminding me of Kenesaw Mountain Landis, former commissioner of baseball, racist, and badass motherf*cker. (Actual Kennesaw Mountain: not that interesting, probably. Although there was a battle there once.)