As you may recall, Washington State's basketball program has had a few problems with the chronic this season. First, starting point guard Reggie Moore was cited for marijuana possession in December. Then leading scorer Klay Thompson got busted with weed on his way home from a win in early March. And finally, top big man DeAngelo Casto was arrested with pot the morning after a March 23rd NIT win, but was reinstated the next day by athletic director Bill Moos after "new information" came to light, and despite playing the game in a purple haze Casto was a key contributor to the Cougars' overtime win over Northwestern.

Most NU fans have gotten over the loss and moving on to spring football and women's lacrosse, but we here at Sippin' On Purple felt there was more to the story. After all, there had to have been extenuating circumstances explaining Washington State's ass-kicking at the hands of Wichita State last night. So there has been an extensive investigation, and we've unearthed further evidence of marijuana-related tomfoolery going on in Pullman. Details after the jump:

Moore was arrested in December but didn't miss any games right away; his coach Ken Bone knew how to get him out of the can: 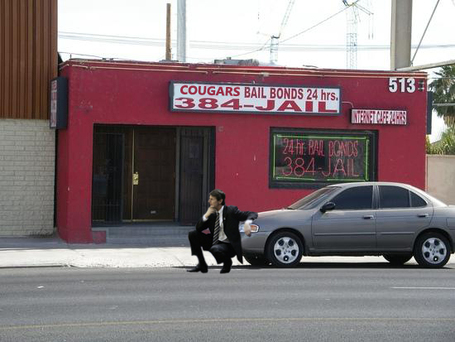 What are you waiting for Coach, it's open 24 hours!

Here's Moore waiting for his ride in front of the county courthouse: 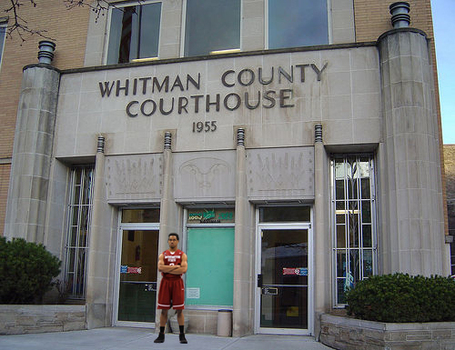 Thompson wasn't arrested until March; somehow he escaped police attention despite this incident in late January against Washington: 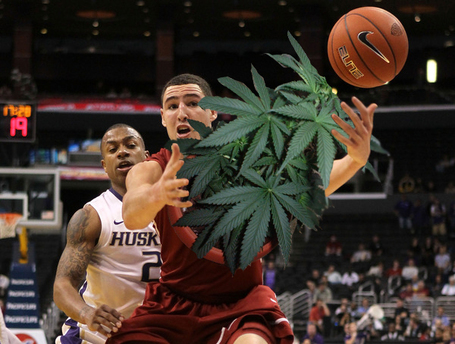 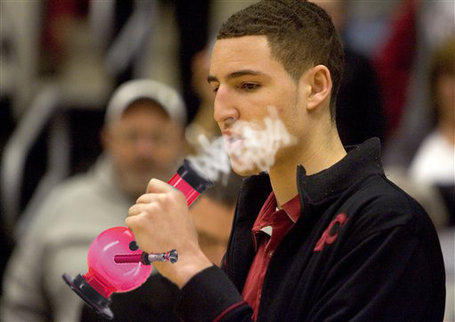 Wow, he really doesn't seem to get it.

After all these incidents, Bill Moos sat down with ESPN's Bob Wichusen to defend his basketball program and his decision to reinstate Casto for the Northwestern game. He said all the right things, but somehow his appearance sent a different message: 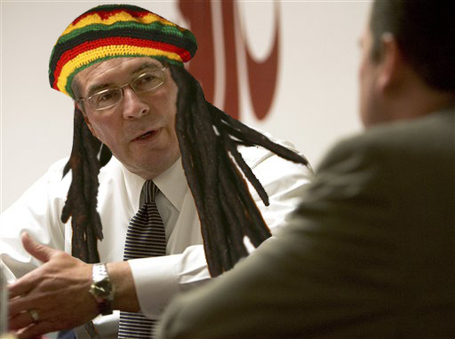 It's going to be a long offseason.