I'm so sorry for introducing this to the world. For one reason: Loretta8, my faithful co-poster, decided to bet on five games yesterday, solely for the purpose of supporting his non-tourney-appearing brethren.

As far as dumb ideas go, this was somewhere in between "trying to take shots of vodka through your eye" and "jumping off a cliff". I don't want to know the results, but I'm sad for what I've done. I have wrecked many homes, specifically Lorettas, and it's sapped my will to celebrate the victories of North Florida - OSPREYS SWOOP - and Quinnipiac yesterday.

In other news, Loretta's book, "How to Lose Money FAST" will be hitting bookstores this June.

Fridays, as usual, are an off day for college hoops, unless you love Ivy League basketball. (Which a lot of hardcore betters do, actually.) But I still insist on telling you about the three games going on, as well as paying homage to our dearly departed loser bros, yesterday was somewhat brutal as four of them passed on.

Our squad: William and Mary

Another OG status member of the club hits the court tonight, looking to make some headway in the CAA. Big matchup for colonial-ish schools in Northern Virginia.

William and Mary's chances of winning the conference tourney: .1 percent.

Something William and Mary have going for them: Two very decent performances against JMU, including a 73-67 win in Harrisonburg.

Something William and Mary distinctly do not have going for them: England's eventual failure to hold on to the colonies, which will be represented by a team named after two British monarchs playing against one named after a founding father.

Reason to irrationally hate James Madison: Really, James Madison? You name your school after James Madison, then name your teams "the Dukes"? You know who has dukes? Monarchies. Get your history straight. This is America, jerks. Also, I ate in a Cici's in Harrisonburg while roadtripping to Vandy and it was by far the worst Cici's experience of my life. Which is to say it was pretty good. Jerks.

UNF moved on over Jacksonville, 68-64, despite a double-digit deficit in the second half, led by 7-of-8 shooting by the delightfully named Jerron Granberry. They look to keep running  today, although, quite frankly, I'm sick and tired of writing about the Atlantic Sun conference. (I much prefer either the Pacific Sun or Atlantic Darkness conferences.)

Something North Florida has going for them: Granberry juice is delicious, and Eastern Tennessee looked pretty weak against the Campbell Fighting Camels, squeaking out a one-point win against the No. 7 team in the conference. Apparently some of their better players didn't play, hopefully, they're not coming back for North Florida's sake.

Some things North Florida distinctly does not have going for them: They got walloped by ETSU earlier in the year, losing 80-57. Plus, the Buccaneers got an extra day of rest, having played their first round game two days ago.

Reason to irrationally hate Eastern Tennessee State: Go join the OVC with Tennessee State, Tennessee-Martin, Tennesee Tech, Tennessee, Tennessee Williams, and Hennessy. They don't want you in the Atlantic Sun. Do you even have any idea how far away from the Atlantic Ocean Eastern Tennessee is? You'd have to go all the way across North Carolina. Also, Kenny Chesney went there, which tells you pretty much everything you need to know, although I'm probably not supposed to make fun of him because he's technically my bro and once wrote a song about it. But point is, he went to ETSU. Jerks.

TWO TEAMS ENTER. ONE TEAM LEAVES WITHOUT GOING TO THE NCAA TOURNAMENT FOR ANOTHER YEAR. NEVER MADE THE TOURNEY DEATHMATCH! THERE CAN ONLY BE ONE.

Something Elon has going for them: They beat the Citadel earlier in the year, 79-72, at the Citadel. Also, the Citadel lost eight of their last nine down the stretch.

Something the Citadel has going for them: OG Status member of the no tourney club, also, 150-ish years of institutionalized racism, sexism, and overwhelming amounts of hazing at a military school with no connection to the actual military.

Who to root for: That, reader, is up to you. Although I should point out that we're already the winner, since there's bloodsport afoot. (Although we're totally not actually watching this game.)

and our departed bros:

Why they'll be missed: Two reasons: the first is the departure of two great names: Shay Shine, who led the Panthers to victory over Liberty and is inspired by a lyric to a Big Tymers song (can't pay my rent... cuz all my money's spent... but that's okay... cuz I stay shiiiiiiiiiiiiiiiiiine/shay shine) and Tehran Cox, whose name is exceptional because Tehran is the capital of Iran a country where gay people apparently don't exist, according to leader Mahmoud Ahmedinajad, which is why I propose the unwieldy nickname "If I was a guy in" Tehran "who touched other guys'" Cox "I would get stoned to death", or "Stoned" for short. Secondly:if you've ever used a Rivals/Yahoo basketball box score, you've noticed that on the right side, there is a box leading scorers, and next to that player is generally the logo of the university. However, for Northwestern, they don't use our logo: they use a weird purple image of a cat which has no affiliation with Northwestern sports. I have long understood what they were going for - it's purple, it's a cat, it's wild - but long wondered WHERE THE HELL DID THEY GET THAT LOGO. Today, I understood. Look above these words. Focus on the panther's head. Subtract the word "Panther". You are left with this. I feel like Buddha when he transcended human life and reached enlightenment.

Club member since: 1948. (Yes, OG Status membership)
Felled by: Central Connecticut State, 64-62 in the first round. The Terriers had the chance to send it to OT with a last-second runner, but they'll be back next year.
Great moments in basketball history: Playing at Madison Square Garden in front of a crowd including both me and Loretta.
Why they'll be missed: For having the second most adorable mascot in this group thus far (awwww terriers, AWWW PENGUINS) and for reminding me of the good ol' days when Northwestern was undefeated.
Tennessee-Martin Skyhawks

Felled by: Tennessee Tech, 83-59, in the second round of the OVC tournament after beating Tennessee State.

Great moments in basketball history: Two notable basketball humans went to Tennessee-Martin: one is Pat Summitt, the famous women's basketball coach. The other is Lester Hudson, who was once drafted by the Boston Celtics and recorded the only quadruple-double in NCAA history while in Martin playing for Tennessee-Martin.

Why they'll be missed: Their mascot/logo. All hawks, technically, are Skyhawks. Only Tennessee-Martin feels the need to specify that no, these are not groundhawks, or flightless waterhawks. They're skyhawks. And they wear aviator goggles, because they're flying. (Protects the Hawkeyes.) Also, for having a player named BENZOR Simmons be their leading scorer. BENZOOOOOOOOOR. Best chariot racer in the whole damn Roman Empire. Also, possibly an element on the periodic table or prescription medicine for erectile disfunction.

(Yes, Lipscomb incorrectly pluralizes its own mascot with an "s" where the collective noun "bison" is correct) 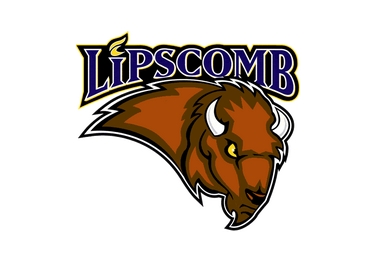 Felled by: Mercer, 73-63, in the first round of the Atlantic Sun tournament.

Great moments in basketball history: In 2006, Lipscomb met Belmont in the Atlantic Sun conference finals, with both teams - situated three miles apart from each other in Nashville - seeking their first ever conference championship and trip to the NCAA tournament. Sure enough, Belmont won, leaving the Bison(s) tourney-less. Also, in 2007, the women's team beat Fisk 123-22.

Why they'll be missed: I'm indifferent about lips, pretty anti-comb, but love bison. You provided me with much meat in Oregon Trail, although sometimes there would be too much meat to carry.