Dropping like flies. The squads went 0-4 yesterday, so, those are four teams I never have to write about again.

Taking the cake for "most dropped like a fly" was North Florida, who, after a staggering run through the Atlantic Sun, got absolutely pounded by Belmont, 87-46, falling into the "barely even a game" category. I mean, Jesus. I was considering taking the Ospreys in the "field goals made vs. Belmont margin of victory" prop on Streak for the Cash - glad I didn't. (Even though Nova ruined my streak.)

All that makes for a somewhat quiet Sunday - three teams in action, all of which will be on ESPN3.

Something Quinnipiac has going for them: They look really good right now, having won their last seven. They have a guy named Justin Rutty who is capable of doing things like putting up 22 and 16 (including eight offensive boards) as he did against the Mountain Saints.

Something Quinnipiac distinctly does not have going for them: Bobby Mo looks equally strong, entering the game also on a seven-game win streak. Something's gotta give, huh? Also, Kenpom seems to think the Colonials are the better team - I bet some of it has to do with an absurdly strong non-conference featuring Pitt, West Virginia, and Arizona - despite their lesser ranking.

Reasons to irrationally hate Robert Morris: For having nothing to do with the NAIA college in Chicago that NU always scrimmages in preseason, despite being named after the same obscure financier.

Another NEVER-MADE-THE-TOURNEY DEATHMATCH going down is pretty much good news for everybody. Two teams you hate to see lose, with names like the Jackrabbits and the Mastodons, but that's the way the world works in the dystopian hellscape that is the Summit League.

Something South Dakota State has going for them: Kenpom actually really likes this team, putting them as the No. 31 offensive team in the country because of their propensity for not turning the ball over and 41.7 percent shooting from beyond the arc, the No. 2 clip in the country. They also swept the season series, including a 87-52 blowout in South Dakota. Although this isn't a home game, it's being played in Sioux Falls, South Dakota, closer to SDSU than it is to Fort Wayne by a few feet.

Something IPFW has going for them: They're the higher seed! They're way better than IUPUI! They're way worse than both Indiana and Purdue, though.

Who to root for: Tie. I love both of these teams and could not pick if forced to at gunpoint.

Now, our four bros who passed on: 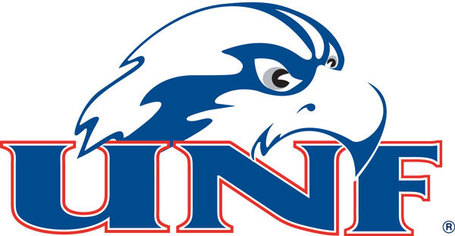 Club member since: 2009
Felled by: Belmont, 87-46, in the finals of the Atlantic Sun.
Great moments in North Florida basketball history: They played Northwestern this one time.
Why they'll be missed: For an improbable run to the finals of the Atlantic Sun, which is a joke of a conference. They showed Jacksonville and East Tennessee State who was boss, which is great because I bitterly hate both of those schools.
William and Mary Tribe

Felled by: Hofstra, 72-56, in a second-round CAA matchup where only one player hit double-digits.

Great moments in William and Mary basketball history: They've made the NIT twice! The 2010 season was one of the best in school history, beating Wake Forest and Maryland on the road, then made it to the CAA final, but lost to Old Dominion. They've been in a conference tournament final seven - SEVEN - times, but never won the game to send them to the NCAA's.

Why they'll be missed: The bro-king who writes the best site on the internet, broslikethissite.com, went there, so there's that. Sad that neither of us have truly gotten to enjoy the bro holiday that is #110 March Madness.

Felled by: College of Charleston, 78-60, in the second round of the Southern tourney after knocking off The Citadel.

Great moments in Elon basketball history: Their Wikipedia claims they were the 2006 Southern Conference basketball champions, which isn't true, but still is just about the best thing ever to happen to the Phoenix.

Why they'll be missed: I enjoy the fact that their team name used to be "The Fightin Christians" before they became D-I. I also enjoy yelling the song "Scream Phoenix" by one of the weirdest, most esoteric, best rap groups of all time, Cannibal Ox, the concluding song on their only album. I also enjoy wondering what the University of Phoenix online's sports teams are called. Probably the Phoenixes. Or the Suns.

Club member since: 1962
Felled by: Hartford, 66-63, in an upset - Maine was the No. 3 seed, Hartford, No. 6.
Great moments in Maine basketball history: Rick Carlisle played for the Black Bears before transferring to play for Virginia. They are better at hockey.
Why they'll be missed: For providing a link to my favorite bad conference, the America East. Something about L.L. Bean and Poland Spring and hockey.