Quiet Monday, only about ten games in the nation, only one of which effects our club.

However, I must report an error. It's a happy error, but an error nonetheless: writing these has taken a pretty decent amount of fact-checking and making sure all the details are right, because, contrary to my tendency to sometimes mess stuff up on the site, I take all that seriously and hate me some Medill F's. Although all the facts in the posts have been right, in checking them I made a pretty major oversight:  most of the America East conference.This is especially surprising since as noted, my bro went to Boston University, meaning when I was 13 or so I led the Terriers on a national championship run in NCAA whatever year it was (they won the tourney, but barely cracked the top 25 of the final season AP poll in the game), recruited a 7-2 black guy from Canada, then promptly moved the team to the C-USA in the second season of the franchise mode. I enjoy the fact that virtually every team in the America East is named after a dog of some sort.

Somehow, while reviewing conference brackets, I got it in my head that the only team from the never-made-the-tourney club in the America East was Maine, which is false: they are joined by New Hampshire, Hartford, and Stony Brook. As a result, I treated a Maine-Hartford matchup without the reverence it was due, ignored New Hampshire's first round loss to Boston University as well as Hartford's subsequent loss to the Terriers.

But more importantly, on the other side, Stony Brook - the Seawolves! - went on a bit of a run from their spot as the No. 5 seed. First, it was the 4-5 game against Albany, ,no biggie. But then, the Seawolves went up against Vermont, who pretty much dominated the conference all year long. The Catamounts were 13-3 in conference, No. 1 in virtually every defensive category in the America East, and thus were given a 64 percent chance of winning the tournament by Kenpom. That's a pretty high likelihood for three potential outcomes. (Not to mention that they had beaten down Stony Brook twice, including a 23-point victory in Vermont.)

Instead, Stony Brook rode 6-of-7 3-point shooting from Leonard Hayes to a 22-point victory, 69-47. For one day, Vermont was cold and Stony Brook was super-hot.(Stealing an NIT bid from NU.)

The conference randomly takes like a week off before reconvening on March 12, where the Seawolves will take on Boston University looking to be the first team tooly enough to take out three no tourney bros in three conference games. You bet we'll write about it.

One matchup down below, lots of teams to eugooglyize.

For the record, this is by far the most interesting game (in terms of basketball) we've seen thus far: 105 and 72 are spectacular kenpom rankings for teams in these weird conferences I've been writing about, and Oakland is No. 2 in the nation in scoring offense while South Dakota State is No. 9. In two regular season matchups, these teams put up 185 and 201 points in regulation. SDSU hung 85 on IPFW in a game where they shot poorly yesterday. Kenpom predicts they tone it down a bit with a final score of 90-88. Also, there's the added intrigue of NIT Bracketology: if Oakland loses, they earn an auto bid to the NIT. John Templon didn't have Oakland in his most recent NIT bracket, or any Summit team, (with an RPI of 60, I assume that means he thinks they'll win the conference), so Oakland losing would basically thieve a spot away from NU and put more pressure on them to win next week.

Something South Dakota State has going for them: This is a "semi-home" environment - as noted yesterday, SDSU isn't in Sioux Falls where the tourney is being played, but Oakland is from Michigan, which is a lot further from South Dakota than it needs to be. South Dakota is far, you guys. Mt. Rushmore. They also beat Iowa this year, but who hasn't?

Something South Dakota State distinctly does not have going for them: They lost those two preposterously high scoring games earlier this year. Also, I'm sort of rooting against them so NU has a better shot of not being in the CBI.

Reasons to irrationally hate Oakland: First off, a Golden Grizzly is like a Golden Gopher in terms of how dumb a name it is for a thing but dumber, because Grizzlies clearly are not golden and if they were they would die. Also, bros, Oakland is in California. You're in the wrong state. I'm sure I'm the first person to point this out, so, let me be specific. Oakland, home of E-40, getting hyphy, the Golden State Warriors (NOT THE GOLDEN GRIZZLIES) and crime, is in the Bay Area. You have none of those things. You do not have that woo-woo. Stop acting like you do. (It must get really annoying going to Oakland University and having everybody assume you're in California. Sorry.)

and now some eulogies, including our America East bros I forgot.

Club member since: 1999
Felled by: Robert Morris, 64-62, in the semis of the NEC tournament, after beating

Great moments in Quinnipiac basketball history: I'm just going to say its not good when your school's hockey team has a wikipedia page but the basketball team doesn't. (No offense to hockey.)
Why they'll be missed: No more Q's or NEC teams. I am also a fan of QU's big man, Justin Rutty, who has great dreads, pause. I am mainly disappointed that I will no longer be able to make references to The Mighty Quinn, which is the chorus of the mediocre Bob Dylan-penned Manfred Mann song "Quinn the Eskimo (The Mighty Quinn)" which was modestly successful in the late 1960's with weird lyrics about pigeons because errbody was tripping acid. It's also the name of a movie where Denzel Washington is a Jamaican cop that time has forgotten. I've not seen nothing like the Bobcats.

Felled by: South Dakota State, 85-75, in the first round of the Summit tournament.

Great moments in IPFW basketball history: The Mastodons seem to make their way onto Big Ten schedules pretty regularly, losing to Purdue - duh, they're part of Purdue - earlier this year by 25. In 1993, they achieved a No. 4 ranking in Division II.

Why they'll be missed: Best name. I also just miss mastodons in general. They seemed like chill bros before they went extinct. 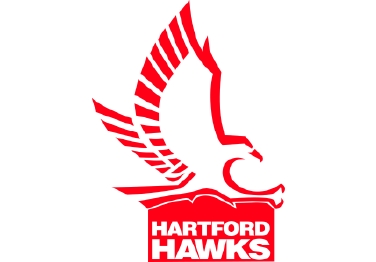 Felled by: Boston University, semifinals of the America East tournament, after beating Maine 66-63.

Great moments in Hartford basketball history: As I managed to know without looking it up because I'm a depressing soul who knows things like this, Vin Baker, who lasted in the league for 15 years, made four all-star teams, and is still a lifelong alcoholic was a Hawk. My life is really sad because I think about Hartford basketball and immediately know Vin Baker went there. Baker averaged 28 points a game his senior year, but none of his teams ever finished better than 14-14. It is this type of team play that caused Isiah Thomas to sign Baker to play for the Knicks. I also distinctly remember having had a conversation about Kenny Adeleke in my life. Why? I don't know. He's pretty much the most obscure basketball player possible.
Why they'll be missed: I like talking about how awful of a place Connecticut is.