Like a running back. Get it? Because I'm straight off the block. (Editor's note: This is, in fact, true, although Jay-Z and I were referring to different blocks. Also, while Jay-Z was referring to running backs known for their speed and ability to use blocking to their advantage, I am referring to Northwestern's running backs, who are none of those things.) 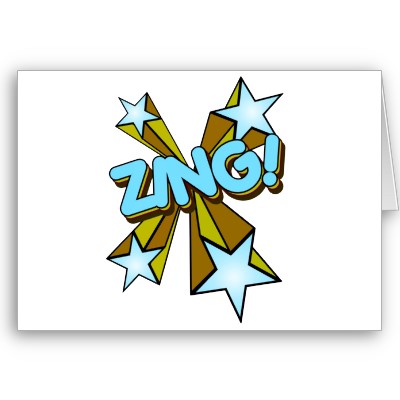 (zing city USA, population one, me.)
So, back to the lecture at hand: sometimes, Dan Persa hands the ball off. In fact, he does this more than anything else. It generally disappoints us greatly. Howeva, it is a vital part of Northwestern's offense, so let's cry about it together.
Days left til football: 66

Who did it last year?:

A ragged, disparate lot played running back for Northwestern, and I DON'T WANT TO TALK ABOUT IT.

Over the course of the season, NU's premier ballcarrier emerged in Mike Trumpy. Trumpy entered the year completely unheralded - I thought him entering the game in garbage time against ISU was some sort of sick joke, and tried to nickname him "The Deuce Caboose" because of his propensity for rushing the ball two yards at a time. (This nickname now belongs to Tim Hanrahan.) But he put together NU's first 100-yard rushing game since Tyrell Sutton graduated, and did so twice. But it took NU four games to realize he existed- and he got hurt after the Illinois game.

In Trumpy's absence, there was nobody spectacular. Arby Fields ran backwards against Vanderbilt and kept running until he was on the LSU baseball team. The crowning achievement of Jacob "The Deliveryman" Schmidt's season came in a goal-line fumble against MSU that probably cost the Cats a victory against the then-undefeated Spartans. Stephen Simmons never got the look I felt he deserved, but looked, well, alright in garbage time against Wisconsin. Adonis "Charlie Sheen DNA" Smith made some very good first impressions, but for whatever reason fell out of the rotation. Scott Concannon may very well not exist. By the time the bowl game against Texas Tech rolled around, Kain Colter was listed as the official starter. (Trivia question!) Summary: NU depended on a pair of freshman and a bunch of people who didn't get anything done to play running back.

Was they aight?: Amazingly, the run game was much improved over 2009, when Arby Fields was the leading rusher with 302 yards. Fields took big steps back, specifically, he ran backwards, as previously noted. But there were signs of life elsewhere at the running back position, thanks to two freshman, one true, one redshirt: Adonis has speed and looked truly promising. Trumpy can bully the ball up the middle and has a knack for picking up a yard or two after contact. But Northwestern's running game left something to be desired, and that's for certain. There didn't appear to be anybody on the team with the elusiveness and agility to get past a second line of defenders: runs were ten yards and under for the most part, but NU kept going to it.

Who's gone?: NU loses some superficial parts of the running game: we are no longer thinking Arby's, Stephen Simmons, who didn't factor in unless there were injuries, is graduated, and Scott Concannon, who didn't play after the season's third game, won't be returning for his senior year.

HAVE YOU SEEN ALEX DANIEL: For those of you wondering, he was supposed to be a redshirt freshman in 2009 after performing well in the spring game, but suffered a season-ending injury and never saw the field in '09, then was suspended for violating team rules, reinstated, then apparently suspended again, and now is no longer on the team's roster. Are you Alex Daniel? If not, just walk around yelling "ALEX!" or "DANIEL" (they're both first names) until he shows up. Make sure the person who shows up is, in fact, Alex Daniel, and not a rogue Scott Concannon trying to fool you.

Who got next?: Trumpy presumably has the starting spot with Adonis Smith backing him up. It's unclear whether Jacob Schmidt was injured after Michigan State or just not a part of the rotation, either way, he's eligible for some short-yardage carries. In the spring game, Tim Hanrahan took some snaps, but didn't look overly impressive, also, should be noted, he's a third-stringer. People talked up Tyris Jones, but I see him more as a lead blocker than ballcarrier, something NU rarely gets to utilize in its spread.

I really wouldn't be surprised to see Jordan Perkins in the mix.

Is that a step up?: Trumpy and Smith were freshmen last year. That might mean that we saw the tip of their metaphorical icebergs. With them in their defined roles for an entire year rather than being thrust into PT, hopefully they'll show improvement. Although Arby Fields didn't really hurt NU last year - the Cats won every game he started - he didn't look like he had much going on. His departure won't harm the Cats.

SoP Wish List: 1. More Adonis Smith. I like Trumpy, but Smith seemed more dynamic - but he only had two games with more than ten carries. In those two, his production was on par with Trumpy's. Unlike Trumpy, or Arby Fields, or any running back since Tyrell Sutton, he never had an outing that made me think of him poorly, even though he obviously had limited chances. At the very least they should each have the opportunity to win the job out of camp, even if Trumpy did more last year.

2. Don't spoil the broth: Five people started at running back last year. Obviously, some of this, well, a lot of this, was due to injuries. But I have faith in a Trumpy-Smith duo to be at least competent. Jordan Perkins was a great land at running back, but he can keep his redshirt and learn the system and we can have him as a fifth-year senior. Jacob Schmidt should be of use only on short-yardage plays, and even then that role could very easily be Trumpy's. Try to see if Kain Colter can be a quarterback instead of using him exclusively for trickeration. See if that combo can work on a Big Ten level - the game against MSU last year indicates to me that it can.

3. Give Tyris Jones a chance to nab the third-down spot from Jacob Schmidt: I hate to malign Schmidt - he's a ex-walk-on who has done everything asked of him - but I get nervous when he carries the ball. His job this past year was to be NU's bowling ball. The problem is a 5-foot-10, 200-pound bowling ball that isn't lightning fast will enounter problems against Big Ten defensive linemen, who are 6-foot-4, 250-pound bowling pins, who enjoy knocking down said bowling balls at the line of scrimmage. The other problem is instead of just falling down like a good outmatched bowling ball would, he fumbled the ball a lot. Jones, obviously, is unproven, but the ex-linebacker got a lot of hype laying wood on people out of the backfield in spring ball. Right now his role would seem to be deeeeeeep depth chart material and occasional fullback, a position NU almost never utilizes, and even then depends on superbacks for. I'd like to see him get a chance to give his same devotion to knocking people down into short yardage situations. If not, it's a role for Trumpy, who has shown a propensity for falling forward. Sorry, Jacob Schmidt.

4. Consistency: NU hasn't had a clear-cut running back rotation for a whole season in ages. 2006 was the last time NU had a running back who played in all 12-13 games of a season. My biggest hope for this unit is that nobody important gets injured: As much coach-speak as you want, there's no way that running backs are interchangeable enough that switching them in and out and up and down the depth chart doesn't cause mayhem. Players have different styles and skillsets.