Flutie Floats: Doug Flutie's Obsessive Quest To Get Himself On TV

Share All sharing options for: Flutie Floats: Doug Flutie's Obsessive Quest To Get Himself On TV

It's difficult to overstate just how popular Doug Flutie is in Boston. In fact, if you asked an average Boston sports fan to name a BC football player, he'd probably say Flutie first, even though nearly 27 years have gone by since the man's last collegiate game. Much of his enduring legacy is due to Flutie's greatness as a player; he is undoubtedly one of the best quarterbacks in NCAA history and a deserving member of the college football Hall of Fame. And even many of those too young to remember him in college saw his final NFL years in Buffalo, where he suffered the indignity of being benched for Rob Johnson (aka the poor man's Tony Eason). Of course, being a really short, charismatic white guy didn't hurt his popularity either; the media fawned on him so much he became David Eckstein before it was cool to be David Eckstein.

However, Flutie also lingers in the Boston sports consciousness because he's willing to do just about anything for attention, with stunts ranging from gimmicky special teams plays to impersonating a BC "Superfan" to using a natural disaster as an excuse to appear on the local news.

The first indication Flutie might be having trouble stepping away from the spotlight came in 2006, when the aging QB was a backup for the Patriots. In the meaningless regular season finale, Bill Belichick (who was basically trolling the NFL at this point) sent Flutie out to drop kick an extra point. It was the first successful drop kick in an NFL since December of 1941, and the media went crazy for it, heaping praise upon a rather pedestrian accomplishment. Just listen to the audio in the Youtube clip above: you can almost see Bob Ryan swelling turgidly at the "guts" Flutie showed in kicking an extra point. And Ryan was far from the only offender; Flutie parlayed his drop kick into AFC Special Teams Player of the Week.

Call me a cynic, but I have to question exactly why Flutie, a journeyman professional quarterback who played for seven different franchises across three different leagues, was spending his time practicing drop kicks instead of working on being a better quarterback. It's the equivalent of a golfer in danger of losing his PGA Tour card devoting practice time to juggling on his sand wedge rather than hitting balls at the range. In fact, I can't help but wonder if the entire thing was a publicity stunt cooked up by Flutie so he could retire from the NFL in the news instead of holding a clipboard.

Taken on its own, the drop kick may not seem like much, but there's a lot more to the story here. Since retiring, Flutie has become a fixture at Boston College home football games (well, the big nationally televised ones at least), and he's not just sitting quietly with his family. No, you can find Dougie in the student section, wearing his gold Superfan student t-shirt and hamming it up whenever the cameras are about to pan to him. (I've searched high and low but can't find any hard evidence of this, but any BC fans reading can confirm). Sure, you could interpret this as him just being a passionate Eagles fan, but it's more than a little undignified for a middle-aged former professional athlete to act like a drunk freshman on national television. But hey, it gets him on camera and lets the announcers segue into a clip of his Hail Mary to beat Miami, and we wouldn't want anyone forgetting that.. After all, we're talking about a man willing to do basically anything to get himself on television, no matter how shamelessly self-promoting or contrived. Yes, Doug Flutie once used severe flooding in Boston and its suburbs as a pretext to get himself 20 seconds on the nightly news.

The video can't be embedded, so if you want to see the oompa loompa in all his glory, click the link above. In case the video gets taken down at some point, I've provided screen caps of the highlights: 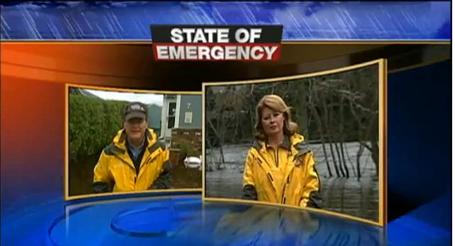 It's March 2010 in Boston, and torrential rainstorms have caused several rivers to overflow. Channel 5 has two intrepid reports out in the flood waters. 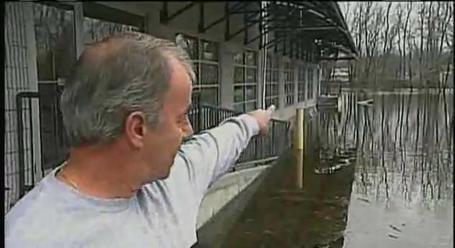 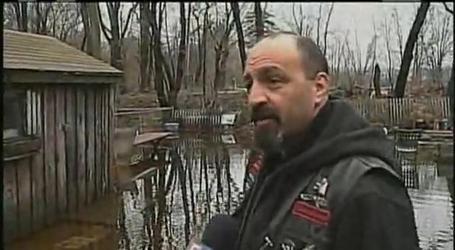 Some poor bastard explaining how water has seeped into the foundation of his house. 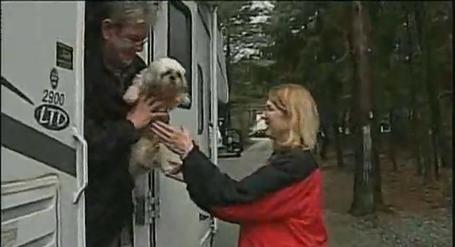 And then, the moment of truth. "The Charles River is also flooding, and we found some interesting modes of transportation..." 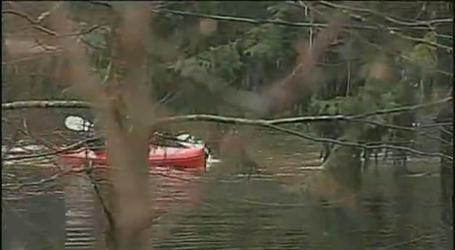 Wait a minute who is this moron paddling around the flood waters on a kayak? 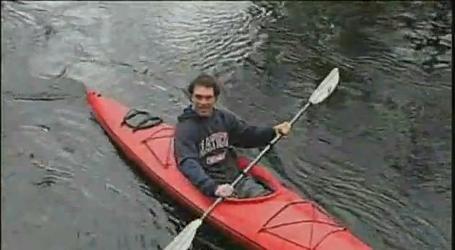 "We caught up with retired football quarterback Doug Flutie..."

Yep, that's right. Doug Flutie, rather than use his regional icon status to maybe help with the relief efforts, decided to call up the local news (the ABC affiliate, not a coincidence since Flutie used to broadcast college football on ABC) to rig up some excuse to get his mug on television. I'd pay good money to hear how that conversation went:

Flutie: Hey, it's Doug. it's the off season so I haven't seen my Hail Mary on TV in almost a week. Can you guys manufacture a reason to get me on the news tonight?

Flutie: Oh please who cares about a bunch of nobodies suffering property damage? I THREW THE HAIL MARY TO BEAT MIAMI.

Channel 5: I know you did, Doug, but we've got some great material here. We saved a bunch of dogs from an animal shelter, the viewers will love it.

Flutie: I've got it! I'll swim out to the shelter and throw a dog across the water to safety! It'll be just like my Hail Mary!

Flutie: Oh yeah, how about this? I'll drop kick a chihuahua across the flood waters! I've been practicing!

Flutie: Ok, fine, how about if I take a kayak into the flood waters?

The Charles River flooding wasn't the only incident though; in fact Flutie is the Forrest Gump of natural disasters. He was busy during Hurricane Irene: 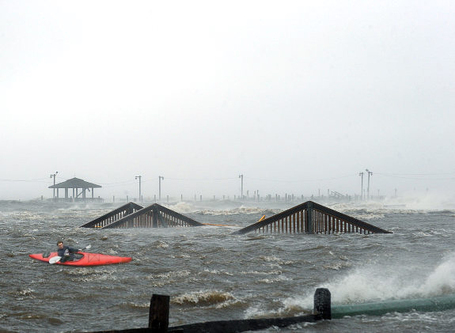 And during the DC earthquake: 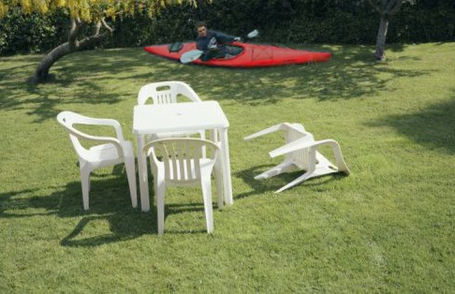 He even found his way to New Orleans: 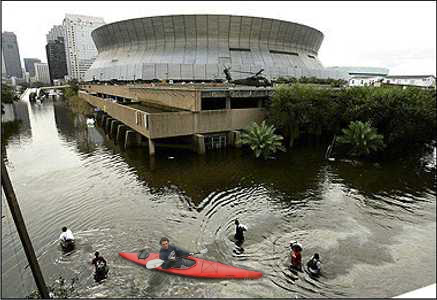 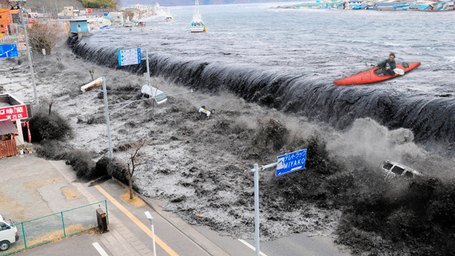 And Bible scholars will tell you the critical role he played in Noah saving the world's species: 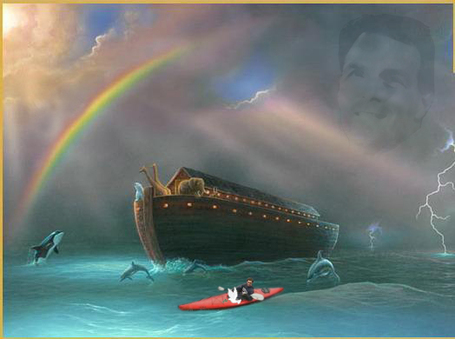