Next on the Chopping Block: Army

Share All sharing options for: Next on the Chopping Block: Army

Where: West Point, New York. West Point is a pretty dope place for a military establishment. You see, it's called "West Point" because it's a point, located at an S-shaped curve on the Hudson River. The Revolutionary War saw the Americans build fortifications at West Point, where they built a chain across the Hudson River to prevent the British from screwing with what a huge river with direct access to the country's biggest city. However, this douchey guy named Benedict Arnold came into command of the post and immediately began trying to turn it over to the Brits, while weakening its defenses. His plan failed and 225 years later Americans still associate his name with jagoffery and untrustworthiness, so, good job, 'Dict. The military academy was founded in 1802 and is the nation's longest continuously active military post.

Stadium: Michie Stadium, located on a reservoir overlooking the banks of the Hudson. Sports Illustrated called it the No. 3 sports venue of the 20th Century, because it's freaking beautiful. Disappointed not to be going Saturday.

Mascot: The Black Knights. While you probably think a black knight is just a knight wearing black armor, you're wrong: a black knight is a knight without a specific liege. They also show up as a stock character in medieval literature as being kind of a douche. 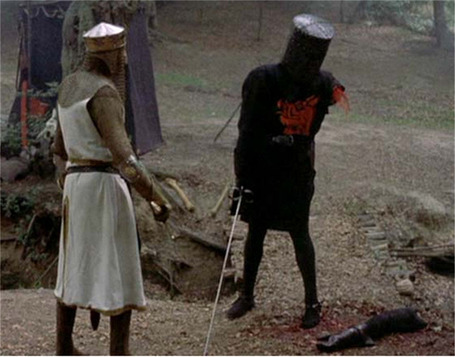 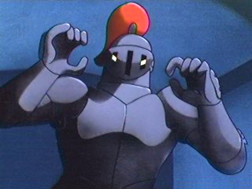 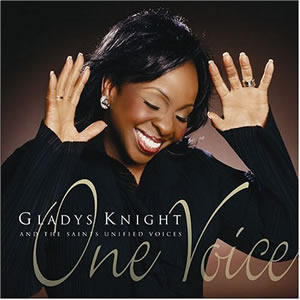 Desmond FitzGerald, the 29th Knight of Glin (also known as the Black Knight) 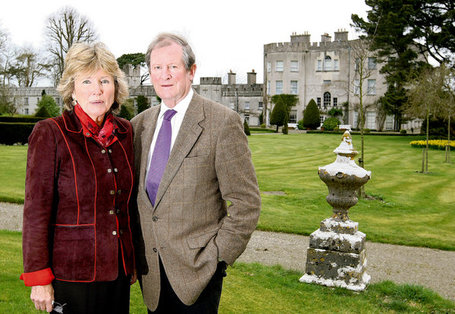 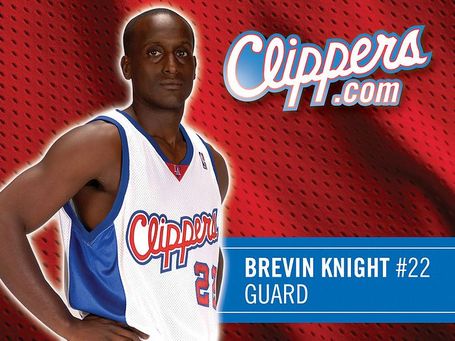 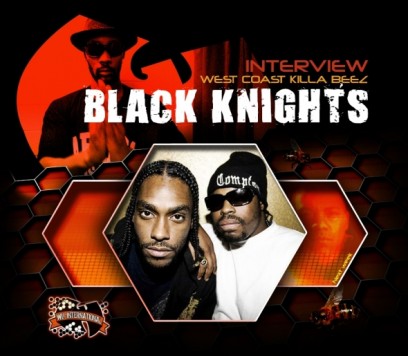 Mascot if I ran the school: The Black Knights. This is such an awesome name for a team I cannot fully describe it. I'm virtually in awe of everything about Army, including it's football program, team name, and logo.

Notable alums: Endless list. From military men - Lee, Patton, MacArthur, Pershing, Sherman, etc.  - to presidents - Eisenhower, Grant, Jefferson Davis - to everything else, West Point has had them. However, the more artistically inclined tend to drop out, as did Edgar Allan Poe and James Whistler.

Current NFL Players: None right now. There was talk of allowing players graduating from Army to forego the school's postgraduate military service requirement to pursue opportunities in professional football, however, the most recent NFL draft pick out of Army, Caleb Campbell, was not given this option. He served two years of active duty after being picked in the seventh round in 2008 by the Detroit Lions, but the Lions kept good on their word and signed Campbell once he got off his active duty in 2010.

Difference between the amount of times Army has been to the NCAA Tournament and the amount of times Northwestern has: Zero! As you know, Army is one of the schools in the fab five who have never made the NCAA Tournament. Surprisingly, the only two coaches in NCAA history to win 900 games - Bob Knight and Mike Krzyzewski - coached at Army, with Coach K serving as Knight's point guard and later as an assistant coach. Not surprisingly, Army's best basketball days came under the pair: of the school's eight NIT appearances, four came under Knight and a fifth came under Krzyzewski. (There haven't been any appearances since 1978.) However, they both left Army for the schools where they would become legends, with Knight leaving Army for Indiana in 1971 and Krzyzewski leaving in 1980 to coach Duke. And if you think I had to check the spelling before typing Krzyzewski in any one of these instances, you're out of your damn mind. Incidentally, Knight is not, nor has he ever been, black.

Elsewhere in Army sports: In order to maintain the rigorous physical shape needed to, you know, join the United States Army, all cadets are required to participate in one sport - intercollegiate or intramural - per semester. Army has some stacked non-football squads: the lax team are eight time national champions, and also has a vicious rivalry with Navy, the hockey team plays Canada's military academy - the Royal Military College Paladins - every year. The school is one of only seven to offer sprint football - a variant sport where all players have to be under 172 pounds. Army also has rifle teams, and somehow doesn't win every year.

America: Last week I joked that it would be tough to write this post. Normally I make fun of the school in question. I can't make fun of the United States Military Academy.

I'm writing this post from my bed. It's 5:08 p.m., and I still have the remnants of a hangover. Despite my complete lack of merit and comparably lackluster ambition, a very prestigious university lets me attend classes here. I drink more than I study. When I graduate I hope somebody pays me money to write things. This is my life as a college student.

Alternatively, there is West Point. The cadets are typically in the top five percent of their high school classes and scored highly on their SAT's. Rather than choose my lifestyle, they opt for austerity. They take courses ranging from liberal arts to, you know, war, are obligated to stay in top physical condition, and infractions - some as small as being late to class or having a messy room - lead to punishment, which means being walking back and forth with your arms for a bunch of hours. On top of this, graduating from the academy is a commitment to serving in the US Army after graduation.

A few weeks ago I wrote a piece about how depressed I was to be near graduation. It appears I'm the world's largest  bitch, because my graduation doesn't involve active military deployment.

Northwestern is better at football than Army and will likely win on Saturday. This is meaningless, because I'll never pretend for a second that the guys on the field and their classmates are committed to partaking in active warfare on my behalf. Thanks isn't really doing it justice, but it's the best I can do.

Drumroll please: Last week, someone suggested that I forgo this post in favor of a post about the world's crappiest armies, in order to avoid mocking the US Army. My initial thought was Switzerland, which is completely neutral and appears to have focused the majority of their military expenditure on making extraordinarily handy knives. However, they actually have a quite well-funded military, should somebody try to mess with them. My search found a clear answer: São Tomé and Principé.

For those of you who don't know, ST and P, as I like to call them, are a pair of tiny, Portuguese-speaking islands just about where the Equator meets the Prime Meridian off the coast of Western Africa. They are poor as hell and have virtually no economy, which you'd think would prevent a corrupt government from existing, what with the no money and all, but still, it's corrupt. They don't really need a military because they have few resources worth protecting and no borders to guard, being islands. This is what the CIA World Factbook says about their military:

Sao Tome and Principe's army is a tiny force with almost no resources at its disposal and would be wholly ineffective operating unilaterally; infantry equipment is considered simple to operate and maintain but may require refurbishment or replacement after 25 years in tropical climates; poor pay, working conditions, and alleged nepotism in the promotion of officers have been problems in the past, as reflected in the 1995 and 2003 coups.

Translation: the army of Sao Tome and Principe is a single guy holding a stick that is really pointy at one end. If the stick breaks in combat he is trained to whittle the existing portion of the stick to make it sharp again rather than surrender, because there are no more sticks. Kimbo Slice with a mace could conquer Sao Tome and Principe in six hours flat, and that's just because he would take five hours to cool off after conquering Sao Tome before taking a boat to Principe.

This is their preseason: Army plays a 12-game football season, but that's silly, because in all honesty, only one game matters: their season-closer against Navy, the last regular season college football game and among the biggest rivalries in college sports. I won't write much about it because I don't know enough about it, but the gist is, you don't want to lose to Navy, or even be at the school if you just lost to Navy. The game has become irrelevant in terms of football, but you won't know that from watching the game. Sadly for the cadets, Navy has won nine straight.