Next on the Chopping Block: Eastern Illinois

Share All sharing options for: Next on the Chopping Block: Eastern Illinois

Next on the chopping block: Eastern Illinois 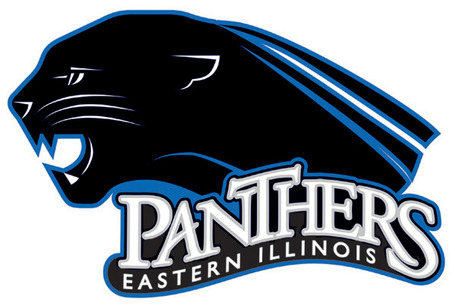 Where: Charleston, Illinois. Which is to say, the middle of nowhere. 200 miles south of Chicago, 150 northeast of St. Louis, 50 miles south of Champaign, Charleston is a town of 21,000 in the middle of the gigantic stretch of straight lines and cornfields that is most of Illinois. We give thanks to Charleston for being the hometown of Jimmy John's, the disturbingly quick sandwich place that is so much better than Subway that I can't fully express it in words. (However, after founding the business in Charleston, Jimmy apparently decided the business would be better served with a headquarters in Champaign.) It's also the home to Thomas Lincoln's log cabin! Unfortunately, Abraham Lincoln never lived in this cabin, but that doesn't mean it's not worth preserving. I say this because someday the "Apartment Building Rodger Sherman's Family Members Briefly Lived In Historical Site" will bring my progeny millions and I won't complain. Charleston is within 20 miles of such well-named geographic locations as Embarrass, Illinois, Kansas, Illinois, Magnet, Illinois, Timothy, Illinois, Gays, Illinois and my personal favorite, Trilla, Illinois, most of which are unincorporated communities. You're probably wondering: with towns named Embarrass, Kansas, Magnet, Timothy, and Gays, what makes Trilla stand out from the rest? 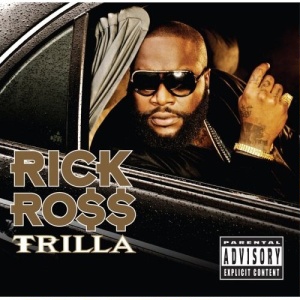 Stadium: O'Brien Stadium is a 10,000 seater with literally the smallest Wikipedia page I've ever seen for any stadium ever. Apologies: i thought this until reading the one about the basketball stadium. Step up your Wikipedia game, EIU.

Mascot: The Panthers. Eastern Illinois has had a long, flip-floppy relationship with its mascots, switching between pink (based on a movie not about a panther) black (AHHHH BLACK NATIONALISM IS SCARY TO EASTERN ILLINOISANS) blue (not a real color for panthers) female (they briefly had an accompanying female mascot named Bonnie to the regular Billy, but everybody was confused) and poorly named (the panther was named "Prowler" for a few years, which isn't a name.)

Mascot if I ran the school: There's, like, seven hundred teams that are the Panthers - Carolina, Florida, Pittsburgh, etc.. It's played out. But no Pandas. This is an easy opportunity everybody is missing. (Quite frankly, I have no jokes left.)

Current NFL Players: The Panthers actually have four NFLers: Pierre Walters, linebacker for the Chiefs, Chris Campbell, offensive lineman for the Packers, Otis Hudson, offensive lineman for the Bengals, and as you might know, Tony Romo, the Cowboys' quarterback. Romo was OVC Player of the Year three times and won the Walter Payton Award for the best I-AA player, however, he didn't earn an NFL draft pick. Luckily for him, Sean Payton, also an Eastern Illinois grad, was keeping an eye on Romo, and happened to be the quarterbacks coach for the Cowboys. (Mike Shanahan and Brad Childress are also an EIU grads - yeah, they very recently had four NFL players and three NFL head coaches.) You know the rest of the story, which includes fumbling a hold and dating Jessica Simpson back when that was really impressive. (Well, it's still really impressive, but you get the point.)

Difference between the amount of times Eastern Illinois has been to the NCAA Tournament and the amount of times Northwestern has: 2. EIU has produced only two NBA players, the only notable one of which is the tragically late Kevin Duckworth. Duckworth never brought the Panthers to a tourney, and their only two appearances - 15 seeds in 1992 and 2001 - both ended in blowout losses.

Elsewhere in EIU sports: EIU is one of only two schools at Division I level to carry women's rugby. On the plus side, that means they win either the national championship or are the runners-up every year, right? Apparently not, as nothing I can find says anything about winning championships. What is sure is that as one of the few varsity teams in their sport, they basically just crap on everybody: last year's slate saw their 28-game win streak snap, but they did pitch shutouts in nine of their 11 games, closing the season with wins over Illinois, Missouri, and Iowa State by a combined score of 233-0. That sounds like a lot.