Major moral dilemma today: Northwestern plays Nebraska at home at six, but Sigma Nu - my IM basketball team which I've already inextricably linked with Northwestern's basketball team has a pivotal matchup for our playoff hopes at 6 p.m. As you'll see, I've included a poll below about which I should attend. CAVEAT: this poll does not carry the same weight as the previous "Choose Rodger's own adventure" poll, where you told me to go to a Northwestern game instead of go to McGee's, since I've already more or less made up my mind. Although the thought of missing a Northwestern home conference game enrages me to no end - I'm pretty sure I haven't missed one in four years - there are significantly more home games left on Northwestern's schedule than there are games left on Sig Nu's. I'll try and make it to the game for the second half - especially with the Red Panda acrobat in the house! - but my desire for IM success has to trump my desire to be a part of the crowd tonight. I just want to see if you agree or disagree.

Are they good?: Although the Huskers are a half-game up on the real NU in the conference standings, they're either the worst or second worst in the conference on the real. Doc Sadler's bunch pulled off a pretty hot upset of Indiana at home, but other than that, their season is a study in mediocrity: no real wins against good teams, decent play against sub-par opposition, and a few losses to teams you don't want to lose to. (Wake Forest, that is.)

What are they good at?: Nebraska isn't an awful team defensively!

What are they bad at?: This team's offense is, welp. First off, nobody on the team can shoot. Brandon Richardson shoots about 38 percent from three, but only takes about two and a half shots per game from there, so, well, that's three points. Second off, nobody on the team can really do anything besides Bo Spencer. Spencer is in his first year with the Huskers after playing three years at LSU, and everything the team does revolves around him. He chucks, shooting 30.1 percent of the team's shots while on the floor, and has taken twice as many threes as anybody else on the team despite being a 29 percent shooter from deep. He creates most of the team's opportunities, assisting 28 percent of baskets made while on the court. And he turns the ball over a decent amount, 19.9 percent of the team's possessions when he's playing. So, when Spencer is on the court, 78 percent of the team's possessions end with either a Spencer bucket, assist, or turnover, and you have to assume a decent percentage end with him passing the ball to a player who misses a shot. (For comparison, Dave Sobolewski's number is about 48 percent, Jordan Taylor's about 61 percent, and Brandon Paul's about 68 percent.) Outside of Spencer, this team doesn't really have anything going on. Sure, he's very talented, but not talented enough to be a one-man team in Big Ten play successfully.

Why is Doc Sadler "Doc"?: Sadler has a master's in education from Northeastern State! His birth name is Kenneth, and he isn't important enough to be put on the Wikipedia page for "Doc". 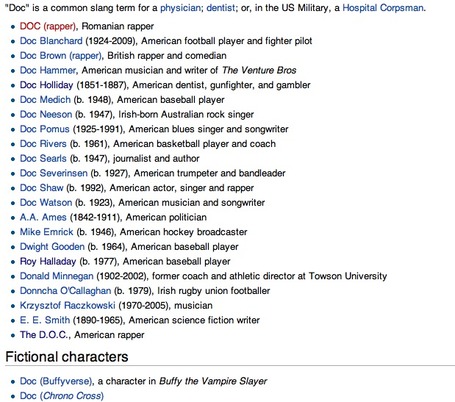 What do a 6-foot-11 Brazilian, a 6-foot-11 Puerto Rican, and a 6-foot-11 German do in Lincoln, Nebraska?: Not sure. Ask Jorge Brian Diaz, Andre Almeida, and Christopher Niemann. I'd assume it involves crying, competing to see which one is the better center, and discussing how none of their respective culture's cuisines prominently rely on corn and settling conversations about whether salsa, samba, or Wagner is more enjoyable by agreeing that it's better than the Big and Rich album Kye Kurkowski blasts on his iPod speaker dock in the locker room before games and then sitting in silence.

Can NU win?: I'd say NU should win. Nebraska isn't a good Big Ten team and they're on the road. Things are not fantastic for Northwestern now. They have to get this one.