Good news from the Horizon League, as Youngstown State - the Penguins! - lived to fight another day, winning 77-60, with all five starters scoring in double digits.

Three games on the slate today, so, let's get to it. (predictions per Kenpom)

Something High Point has going for them?: They already won a game! Momentum! Keep going higher, towards other points!

Some things High Point has going against them: Asheville was by far the best team in the conference and is therefore hosting the conference tourney. They handily swept the season series, including a 20-point victory at home.

Reason to irrationally hate UNC-Asheville: For having the 7-foot-7 Kenny George play for him, even though every article I ever read about him made him seem kind of sad to be playing basketball because he was just so tall. (He left the team after having to get his foot amputated.)

Something Army has going for them: Being the best damn fighting force in the world, plus, they pulled off a season sweep against Navy, who went winless in conference. Which kind of doesn't mean as much to them as the football thing, but whatever. The Midshipmen nearly pulled off the win in West Point, but Army pulled out a victory in double-OT.

Something Army has going against them: They lost the season series to American by a combined 36 points.

Something Jacksonville State has going for them: Since losing their only matchup against Austin Peay - why they have the lower seed even though they have a better overall record, the Gamecocks have turned around their season, eight of 11, including every matchup against 200 or lower competition in Kenpom.

Something Jacksonville State has going against them: They have literally the worst three-point percentage in the country, at 26.5 as a team. Crikey. They have one shooter above 30 percent. That's it. Also, when it comes to hot streaks, Austin Peay doesn't really have one, but they did start off the year 0-9.

Say goodbye to two departed brethren and see the list after the jump.

Nobody got offed yesterday, but two squads failed to qualify for the OVC Tournament: Tennessee-Martin for managing to go 0-16 in conference play, and SIU-Edwardsville, for being a provisional member of the conference and not eligible for tourney play (they wouldn't have qualified anyway)
Tennessee-Martin Skyhawks

Great moments in basketball history: Two notable basketball humans went to Tennessee-Martin: one is Pat Summitt, the famous women's basketball coach. The other is Lester Hudson, who was once drafted by the Boston Celtics and recorded the only quadruple-double in NCAA history while in Martin playing for Tennessee-Martin.

Why they'll be missed: Their mascot/logo. All hawks, technically, are Skyhawks. Only Tennessee-Martin feels the need to specify that no, these are not groundhawks, or flightless waterhawks. They're skyhawks. And they wear aviator goggles, because they're flying. (Protects the Hawkeyes.) 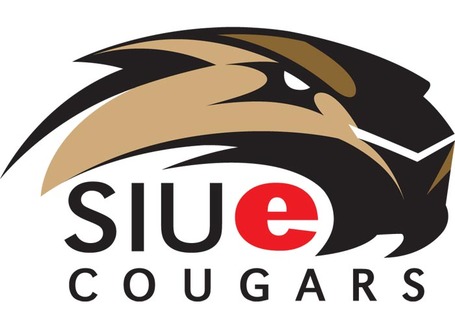 Great moments in basketball history: A memorable 98-55 loss to Northwestern last season. NU could've hit 100, if it hadn't pulled all of its players on account of being up 40. The Kenpom game likelihood graph for it is phenomenal.

Why they'll be missed?: A reminder of a simpler time, when Reggie Hearn didn't start for Northwestern.