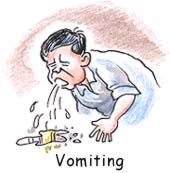 Northwestern looked good out of the gates, taking an early 17-9 lead, but Washington was absolutely too much. They were in Northwestern's passing lanes, murdering Northwestern on their offensive boards, and Terrence Ross showed why he was first team all-conference by putting up... well, the game isn't over, but I'll presume he hit 30. Washington presented possibly the best athletic team since Baylor - wait, Alex Marcotullio just hit a three to cut it to 17 and got a turnover! Let's see how this ends! oh, with a missed reverse. and another turno, oh, no, they turned it right back to Washington and Washington hit another three to push it to 20. Anyway, back to the recap. Northwestern shot well, but the turnovers and offensive boards had Washington rolling. They came to play, and to a lesser extent, Northwestern did too, but it just wasn't enough.

Say goodbye to John Shurna, probably the best player ever to play for Northwestern. Shurna was no slouch tonight, and put up 20 - again, I assume I'm writing this mid-game - but with the rest of his team, it just wasn't enough.

We'll discuss farewells, Shurna, Carmody, and everything over time. For now, drink, and pretend to enjoy your St. Patty's days.