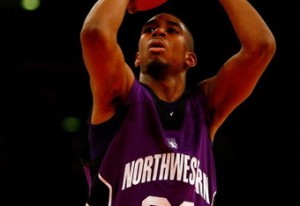 Injury is a cruel and often uncontrollable element of athletic competition that can derail a team’s most ambitious goals and crater the performance of even some of the most skilled, strong-willed players. Yet it nonetheless exists, and most players  fall prey to its fickle misgivings at some point in their playing careers. The injury-prone tag gets thrown around far too easily these days, but cases certainly exist when players—whether intentionally or unintentionally; by their own fault or otherwise—can’t take it upon themselves to stay healthy for any significant stretch of time. Icing, electric stimulation and deep muscle massages from athletic trainers becomes daily routines, and no matter how thoroughly meticulous the rehabilitation process, nothing seems to work.

I’m not suggesting JerShonn Cobb is one of these guys, but given the latest news regarding his injured left hip, it stands to reason that Cobb’s long-term health and viability as a key rotation player could be in jeopardy. Teddy Greenstein of the Chicago Tribune reported Monday that Cobb, who underwent surgery on his left hip last offseason, has not participated in summer workouts.

“…Cobb is having issues with his surgically repaired left hip. There is concern because doctors have not cleared Cobb to practice.”

For now, there’s not a whole lot to worry about. It’s possible Cobb is simply taking a cautious approach after consecutive seasons when he missed time with knee, back and hip injuries. It’s better that he sit out now and rehab his injury, rather than in November when games actually, you know, matter. This is summer practice, which thanks to a new NCAA bylaw allowing coaches to work with players for a few hours each week is making its debut in college gyms nationwide. More than anything else, these practices are a meet and greet for the incoming crop of 2012 freshmen and transfers. Returning players can refresh their skills and work to keep some of the rust off the tires during the long offseason, while coaches begin their baseline roster assessments.

In other words, Cobb isn’t missing anything that’s going to make or break his junior season, one in which he’s expected to take on a much larger scoring role. Still, there’s a little bit of concern for a guy with Cobb’s kind of injury history. His hip problems don’t appear to be going away, and given the way he elevated his quality of play towards the end of last season, any sort of lingering injury could seriously damage the Wildcats Tournament aspirations in 2012 and 2013.

So much of Cobb’s game is built on his athleticism and his ability to get out on the break, find open teammates and hit open jump shots. He’s at his best when he’s Running, jumping and defending—three indispensable traits for anyone with legitimate college hoops aspirations—in the best and most effective way possible, completely unrestrained by injury concerns or anything else. If the injury nags along into the fall and his health remains in question as the season begins, NU will no doubt suffer without one of its most integral players.

Until then, this is nothing more than a cautious heads up as we slowly approach the beginning up the upcoming season. Cobb may not take part in coach Carmody’s organized workouts this summer, and while it's somewhat alarming that he’s not participating—jelling with his new teammates, laying the foundation for a successful Tournament run—this isn’t a huge issue. Not yet, at least.