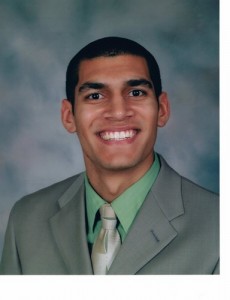 Football season kicks off this weekend with Northwestern's opener at Syracuse. For the Next three months, the focus will remain squarely on the Wildcats. But recruiting is a year-round undertaking, with coaches constantly searching for top high-school talent. To provide some insight on NU's recruiting efforts, InsideNU got in touch with Jared Shanker, ESPN's Midwest Recruiting coordinator and author of the Recruiting Nation Midwest Region blog. If you've been keeping tabs on the Midwest's best prospects, chances are you've read some of Shanker's comprehensive work. For continuing coverage, you can follow him on Twitter @JShankerESPN.

What are some of the main obstacles Northwestern faces in trying to recruit top high school players?

Obviously the rigid academic standards is one, but they have done a very good job of using it as an advantage and recruiting the kind of players that helped build a solid program there. They also have to compete with the entire Big Ten for players from Chicago. There’s no real hometown feel for Chicago players toward Northwestern, so they have to fight Michigan, Ohio State, Wisconsin, Iowa, Notre Dame, etc., for those guys.

Do you think Northwestern’s academics are becoming/will ever become an advantage in recruiting?

I don’t know about an advantage when you’re talking about competing against bigger programs, but it definitely helps with several players NW recruits. The staff is doing a great job selling Northwestern’s academics while also selling several other things. The high energy staff is the biggest selling part.

How has Northwestern recruited Illinois under Pat Fitzgerald? With the “Land of Lincoln” rivalry ratcheting up in recent years, do you envision Northwestern challenging Illinois for in-state players?

Neither team has done very well recruiting in-state players. I don’t think Northwestern is worried about losing too many in-state guys to Illinois.

What do you feel are some of the more intriguing aspects of Northwestern’s 2013 class? While only a few spots remain, can you list some of the players Northwestern may target to fill out the group?

It has to be Alviti. For a third straight year, NW has a highly touted prospect committed. He is likely the future of the program.

How has Northwestern improved recruiting-wise in recent years relative to other Big Ten teams?

They are still in the lower half, but the recruiting is steadily improving. They have also been able to land 1-2 big names the last few years, too, which is helping in perception with other prospects, too.

Are there any specific areas or positions you feel Northwestern has recruited particularly well? Areas where it has struggled?

Their line class was pretty good last year. They have done a good job getting some top skill guys (considering Odenigbo one because he’s not a traditional Big Ten DL), but they could use more talent at the skill spots.

What are some reasonable short-term and long-term goals for Northwestern recruiting?

I think it would be reasonable for them to break into the No. 5 or No. 6 spot in the Big Ten recruiting rankings. Long-term is obviously to keep building the program to the point where it is not a big deal for them to get just one ESPN 150 guy but NW can get two or three a year. The talent is getting better in Illinois, too.