Share All sharing options for: Introducing InsideNU: The Podcast 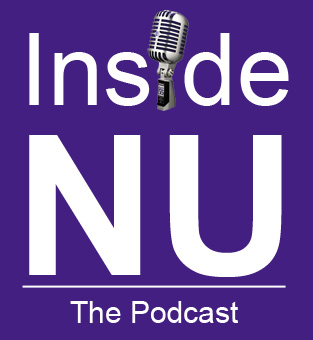 After seven months of serving the Northwestern athletics community as an online, print-driven publication, InsideNU is excited to announce that we’ll be launching a podcast in addition to our print product.

The podcast will debut on Tuesday, January 29, and will focus on a variety of topics surrounding Northwestern sports, from football, basketball and recruiting to major news stories. We’ll also air interviews of NU players and coaches to bring you closer to the action. The show will be hosted by Gordon Voit, and a panel of three show participants will rotate for each show. We will also have guest participants from time to time.

Gordon, our host, grew up just up the road from Evanston in Wilmette, Illinois. He attended Baylor before graduating from Illinois and is currently a graduate student at Northwestern’s Medill School of Journalism, where he is pursuing broadcast journalism. Gordon wrote for The Daily Illini while at Illinois and also completed an internship at Yahoo! Sports Radio in Houston. Panelists for the show will include Kevin Trahan, Chris Johnson and Jonah Rosenblum of InsideNU, as well as other InsideNU staffers.

Not only will we have the podcast, but we will also be adding more multimedia to the site, including audio and videos, to complement our written content. If you have topic suggestions for the podcast or any other thoughts, feel free to send us comments at insidenu@gmail.com. We look forward to getting started and adding yet another dimension to our coverage of Northwestern athletics.