'Cause I Know You Love Your Tempo-Free: Barnstormin' (Also, the post-game thread for 'Cats at Gophers)

It's a SoP Mashup! The fledgling 'CIKYLYTF vs. the usual hoops post-game thread. I'd put up Sterling the vomiting guy, but he's still out of hurl from Wednesday night. Alright, now on to the tempo-free take...

Share All sharing options for: 'Cause I Know You Love Your Tempo-Free: Barnstormin' (Also, the post-game thread for 'Cats at Gophers) 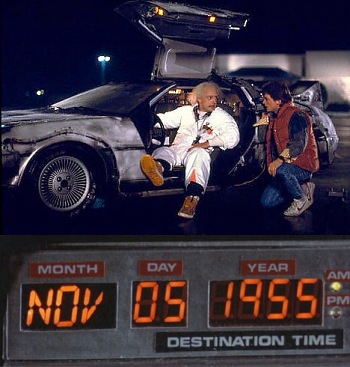 For one half, Coach Carmody had his team poised for both an improbable road win and for setting basketball back by over 50 years. Prediction: BC's coif will go all Doc Brown, and Under Armour will make a new line of "Sobo-vests."

Welp, that got out of hand really fast. Again, I wish I had a box score by half, as that was arguably our best defensive half of the year (or as Loretta8 noted on twitter, "since the Hachad era."). Also, since Rodger didn't catch the game, consider this your postgame thread, as well.

Pace and Points Per Possession

I calculated 54.4 possessions for the 'Cats, while the Gophers got 54.2 Pretty easy here, let's call it 54 possessions.

Yes, even after that debacle of a first half, Minnesota was able to rev their efficiency up to 1.27. I'd pin alot of that on the Austin Hollins Sexplosion in the second half and their relentless tail-kicking on our defensive glass.

Takes on the Tempo-Free

HAM seems to struggle on defense with the switches, but his length does help him clog passing lanes. I really do like the cut of his jib on offense, he's got onions with his range. He had a terrific baseline drive and dish that unfortunately led to Trevor Mbakwe's impersonation of Jadeveon Clowney. Despite his wiry frame, which I hope gets tougher, he does look like that he belongs out there. We need Marco to hit those open looks so we can open up the middle. Finally, it should be time for Tre to get some more run - yeah, it was scramble time, but he also has no fear about taking a strong drive (or trying to take a charge) or chuckin' it from deep.

To answer the question, "we didn't." Of course, Trevor Mbakwe is a beast, and I don't envy having to do hand-to-hand combat with him for 40 minutes. But, we needed much much more from the 5 tonight. Professor Mbakwe provided a master class tonight for Olah and Turner, and hopefully these guys learned that you gotta come correct inside the paint. The one play that provided hope, that nice pick and roll that led to an Olah dunk. We need alot more of that this year as teams will continue to be aggressive in the man-to-man. I don't want to harsh too much on our guys here, as they're young. Blame can be afforded to our wings as well, as they still miss getting the ball to Olah when he's got position.

Reggie played solidly tonight, but I think he tweaked his ankle again which reduced his effectiveness. I give Sobo alot of credit for being an iron-man tonight and for fighting the whole way. Still need more points from Swop - she showed some post moves tonight, and he's just going to have to take it on. I'm starting to buy into the cliche - "these guys are role players that need to take on the role of the starter." Of all 3, Reggie seems the most advanced on this, with Sobo close behind. Swop still seems to be missing that extra gear - he went 3 for 6 tonight, so it wasn't like he was being greedy out there.

We had a Cerina sighting, but for only 2 minutes as it seemed like the ankle was still no good. We also saw some JM3, but he was just killing a bit of time.