The Best of the Northwestern College GameDay Signs: Updated

Share All sharing options for: The Best of the Northwestern College GameDay Signs: Updated

We'll continue to update this throughout the day, so send us your signs or screenshots of other ones you thought were funny. Tweet them to us at @insidenu or email us at insidenu@gmail.com. Also check out our live blog, which we're updating with photos throughout the day. 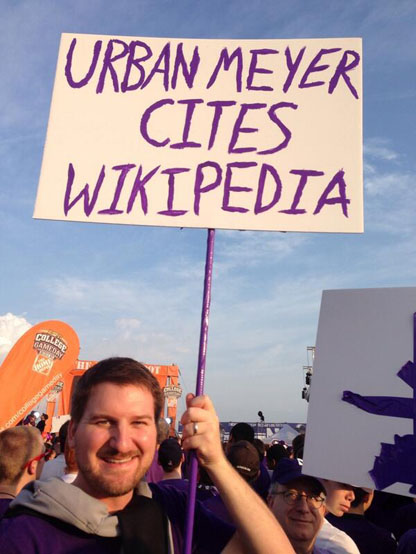 He should join APU. 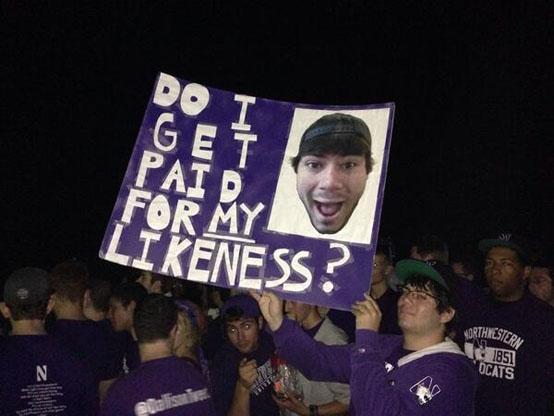 "OSU loves the taste of Siemian." Something tells me that probably didn't make it in. 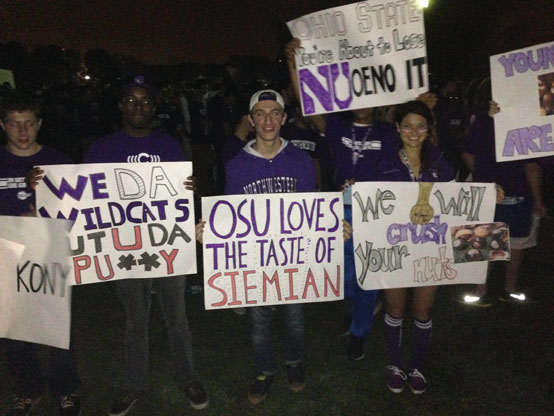 What the cat say? 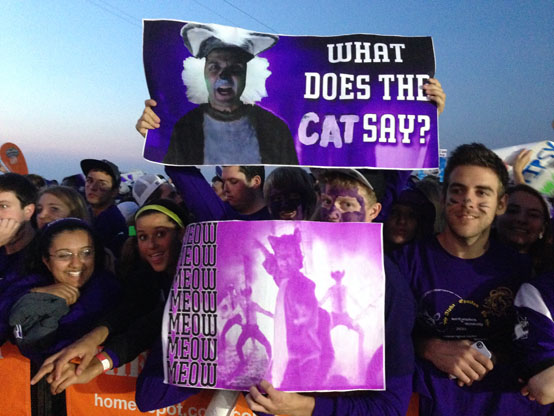 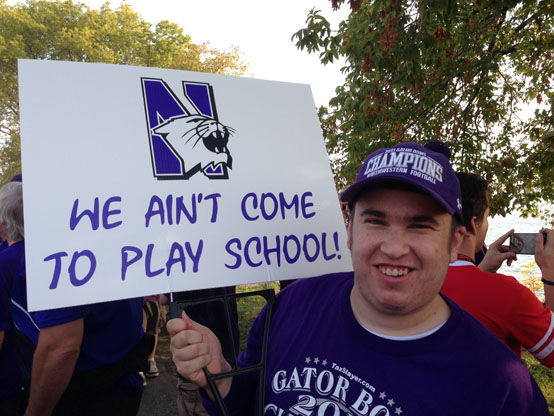 These guys were first in line. Aaron Zelikovich, in the middle, got there at 6 p.m. last night. And his friend needs a job, apparently. 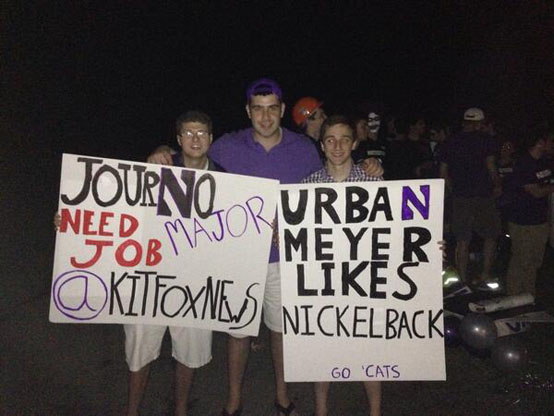 This tattoo sign got confiscated, but others didn't. Also, recognize the "Deposit" sign from NU basketball games? 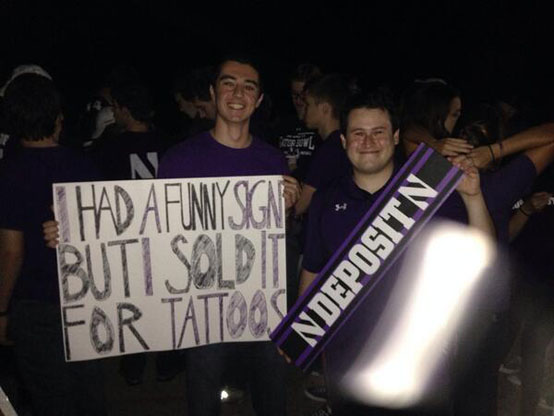 Get it? Cuz Urban Meyer's players all get arrested? 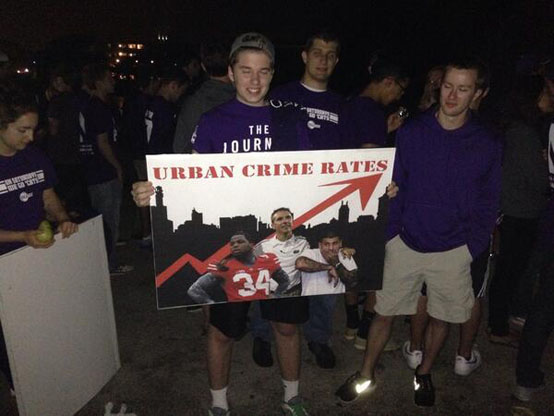 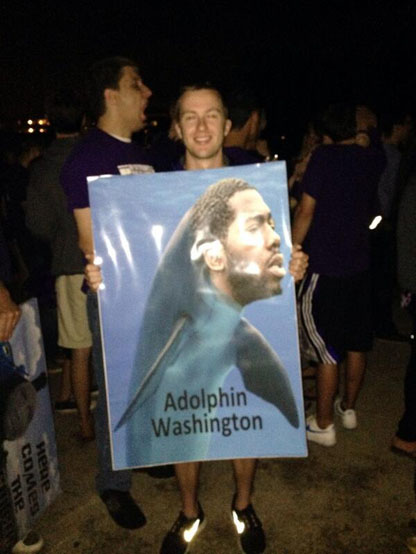 A variety of OSU jokes. 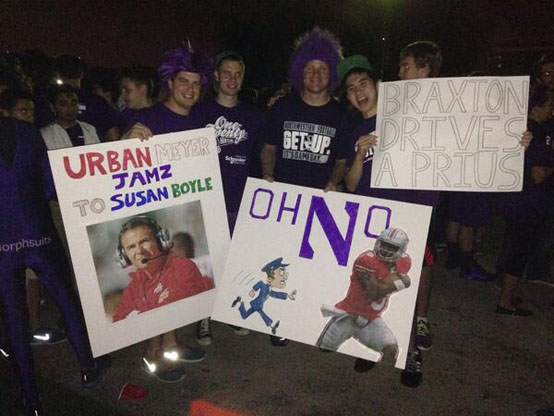 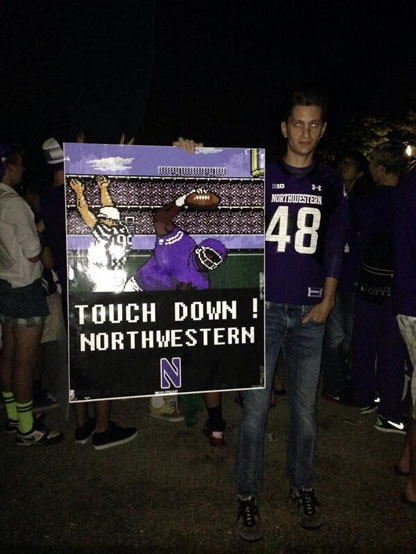 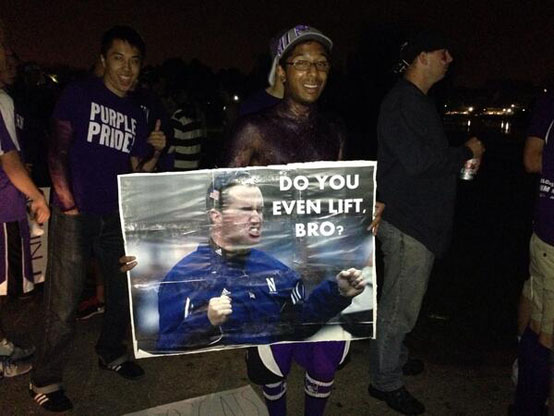 "Our endowment is bigger than yours." 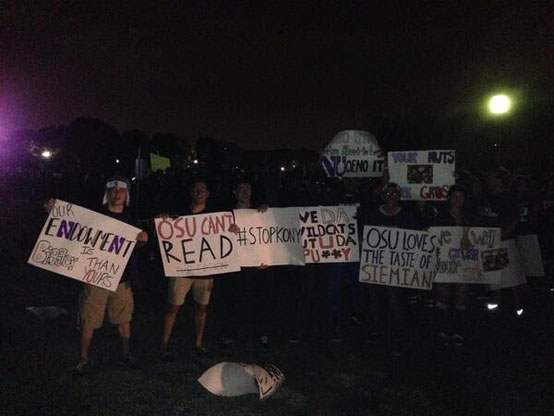 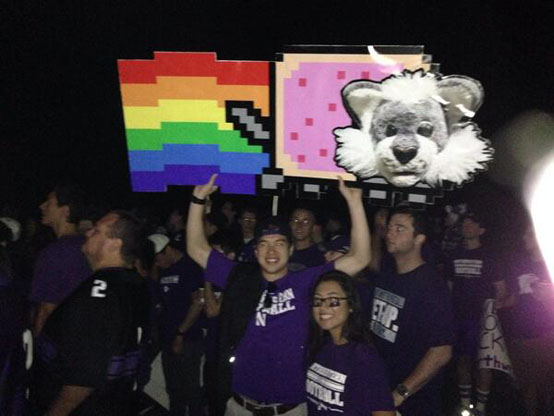 This one probably didn't go over all that well. 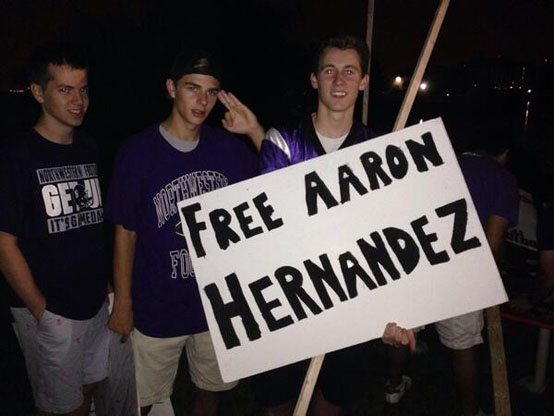 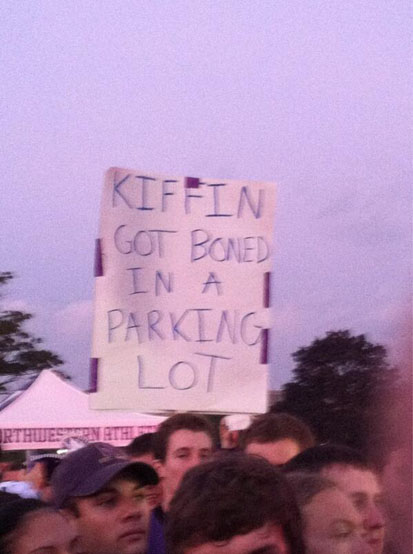 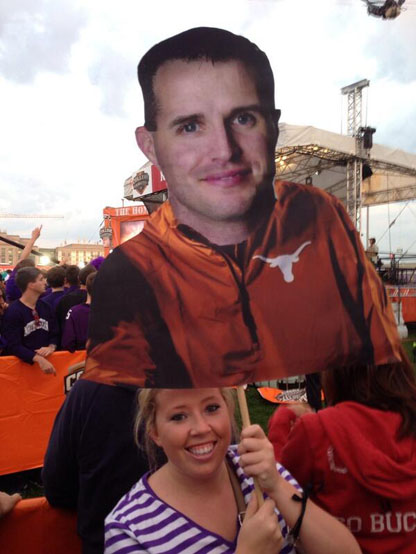 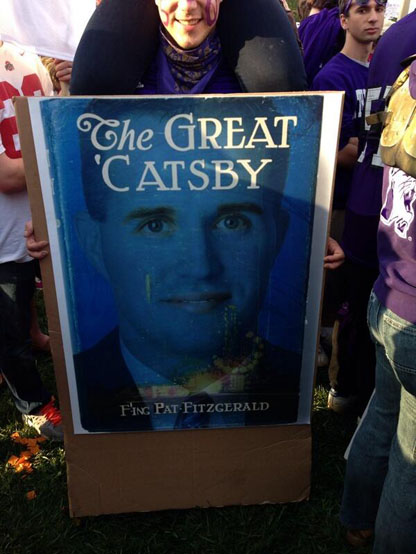 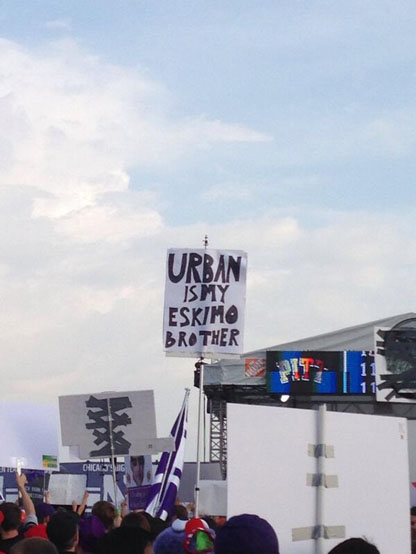 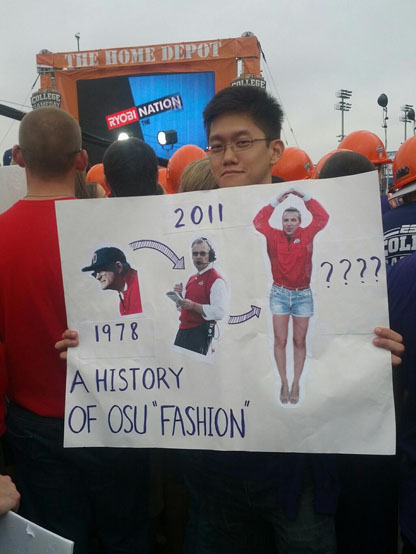 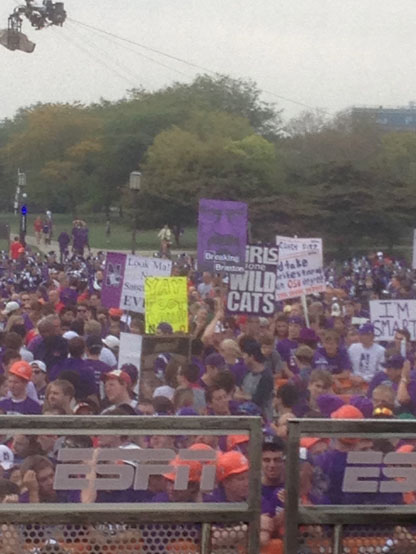 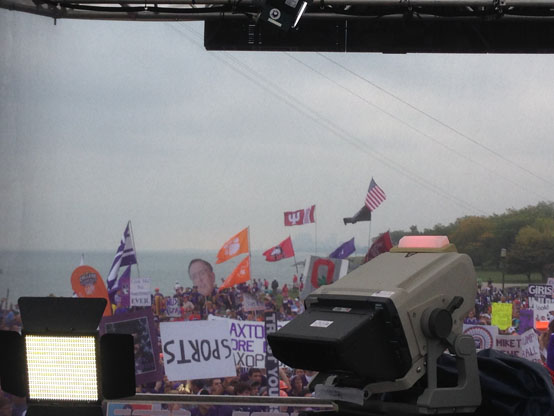 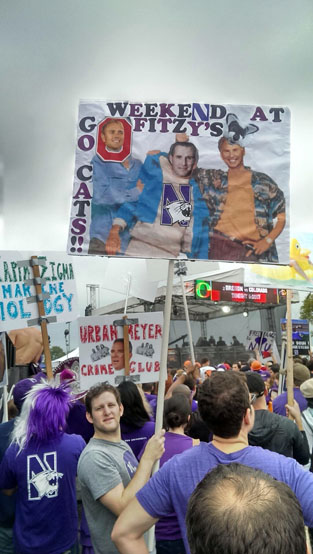 "Look Ma! No Sanctions! Ever!" 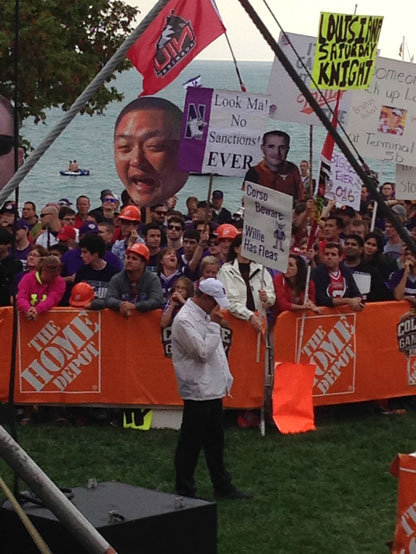 This Ohio State fan made a joke at the expense of Michigan, not Northwestern. 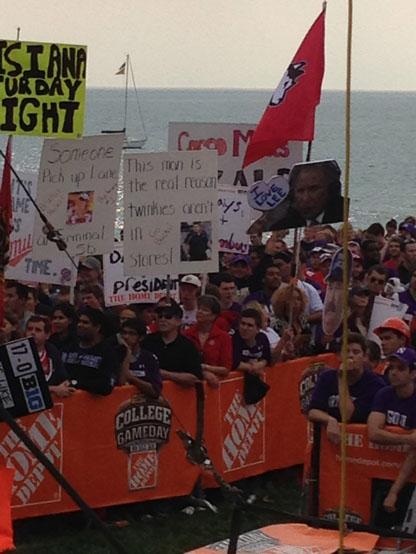 "Someone pick up Lane at Terminal 5B" 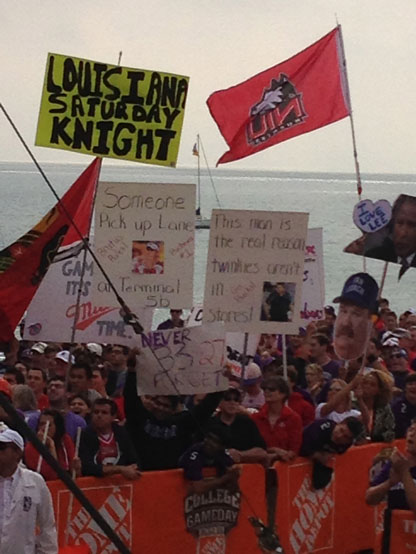 "I'd rather have a big Willie than small nuts." That's a good one to end on, I think. Humanity might hate it if we go any further. 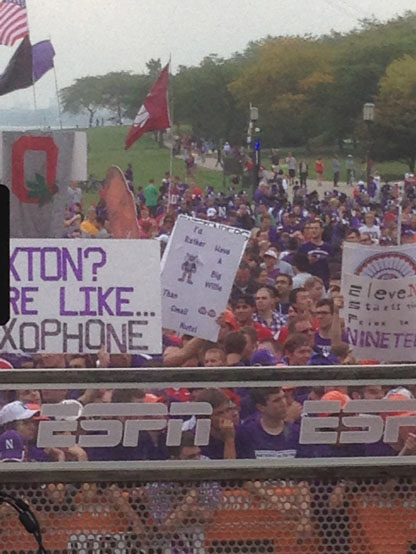