Despite tornado damage in hometown, Nate Taphorn will try to move forward

Share All sharing options for: Despite tornado damage in hometown, Nate Taphorn will try to move forward 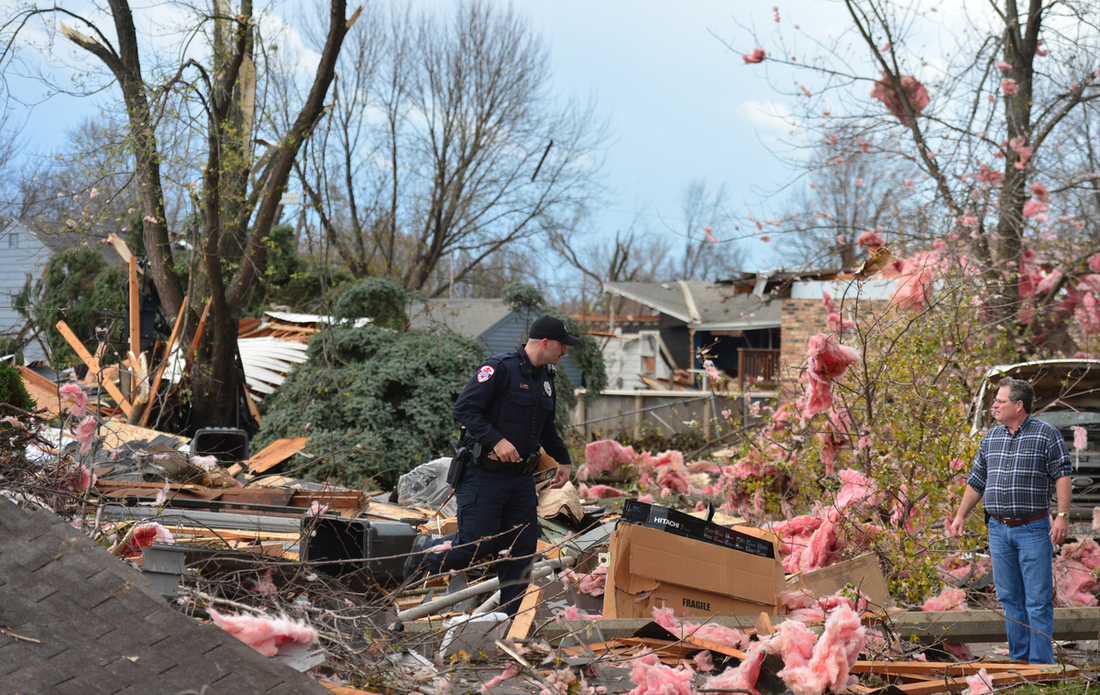 EVANSTON, Ill. — One of the reasons freshman forward Nate Taphorn chose to attend Northwestern was the school’s relatively short distance to his hometown.

Although Pekin, Ill. is about a three-hour drive from Evanston, on Sunday, Nov. 17, Taphorn felt as far away as possible.

In conjunction with the brutal weather system that engulfed most of Illinois that day, tornadoes with wind speeds up to 190 mph ripped through the central region of the state.

One-hundred and eighty or so miles northeast, somewhere near the Sheridan Road on Northwestern’s campus, Taphorn tried to keep in touch with friends and family in the area through text messages.

By early afternoon, the storm had cleared, leaving at least 100 homes severely damaged or completely destroyed, according to the Pekin Times.

“It was kind of disturbing,” Taphorn said about the destruction. “Some of my friends and none of my family members were hurt. I was very lucky to have that. But seeing what happened to my hometown and the towns around it was frightening and really scary.”

After seeing the destruction, Taphorn continued to try to contact those back home, offering support to whoever needed it.

“I sent out a few texts to some friends,” he said. “On Twitter I just said, ‘Hey, if you need any help just let me know. I’m here if you want to vent to me or whatever,’ just to try to give emotional support or support in general just to people who were struggling with that.”

Soon after those initial texts, he started receiving pictures of the damage. He showed his teammates some of the images and he said that they were in disbelief. Taphorn, even, was astonished by what he saw.

“I was in total shock," Taphorn said. "Honestly, I didn’t know what to think. I talked to Alec Peters who plays [basketball] at Valparaiso. He lived in [neighboring] Washington, [Ill.]. Basically all of his friends lost their houses. I think that talking to him was big because I didn’t realize how bad it was. He said it was worse than anything he’d ever seen. It was awful. He said to me, ‘I guarantee pictures don’t do it justice because I can’t explain how bad it is.'"

With the turmoil going on in Pekin, Taphorn was surprised but encouraged to see some of his new friends that he barely knew a few months ago come to him with words of kindness and support.

There were moments on Sunday when Taphorn longed to be back in Pekin, especially with Thanksgiving approaching. The six-foot-seven forward won’t be home for the holiday because Northwestern will play in the Las Vegas Invitational tournament next week. But Taphorn already feels acclimated to Evanston, as he wouldn’t want to leave for too long.

“For a couple seconds, yeah [I wanted to go back],” said Taphorn, the son of a now very busy insurance agent. “But I don’t want to leave here. It’s my second home. I think my family’s okay. Some of my friends are down. I’m here for them. I mean I’d love to go back and see them and do whatever I can to help. Maybe for a couple of hours I’d go home and see them, but not for any extended period of time.”

Taphorn, the only true freshman on the basketball team, said that he has created close bonds with his teammates and coaches, helping to make the tough day a little bit easier.

“I love coach [Chris] Collins. I mean, all these guys that have come on board and this whole staff has just brought me in. It’s been just like a new family,” he said.

Collins said that he had been in contact with the Taphorns during the day and that Nate’s father, Pat, attended Northwestern’s home game against Illinois State Sunday night.

“[The Taphorns] had some friends, nobody’s lives or anything, but whose homes were affected. But in terms of his family and everyone’s health, once we heard everything was okay, we felt much better about it,” Collins said.

At Tuesday’s practice, Taphorn tried to dispel the thought that he was feeling a little different in light of the day’s events.

After scoring five points in 25 minutes in Northwestern’s season-opening win over Eastern Illinois, Taphorn was held scoreless in the team’s back-to-back losses. In the 68-64 loss to Illinois State, Taphorn played just six minutes.

Taphorn, though made no excuses, choosing instead to look forward instead of backward. Although he spoke mostly about that notion in terms of moving on within the context of basketball, it’s safe to say the newcomer is applying the same logic to the tragedy in his hometown.

“I think it’s just getting back and moving on to the next game,” he said.