The 19th-ranked Bruins were slated as Northwestern's toughest test of the non-conference schedule before the season and with Drew Crawford out with back spasms, it didn't get any easier. UCLA shot 63.6 percent from the field and 76.5 percent from three. Steve Alford's group got out to a 12-1 run to start the game and never looked back. Here are three major takeaways from Friday night's contest:

Throughout the early portion of this season, Cobb and Crawford have been Northwestern's top two options on offense. With Crawford sidelined, the onus fell on Cobb to be Northwestern's sole creator. After picking up two fouls early in the first half, Cobb returned to the game with a bigger sense of urgency on offense as he finished with 22 points. Cobb didn't settle for long jumpers--he was 3-6 from three--but attacked the basket, giving Northwestern another element to the offense. Chris Collins has repeatedly said the Cobb is Northwestern's most natural scorer and the junior guard has been forced to bail out the team's offense at times this season.

Here is a graphic from Synergy Sports, breaking down Cobb's isolations and post-ups this year: 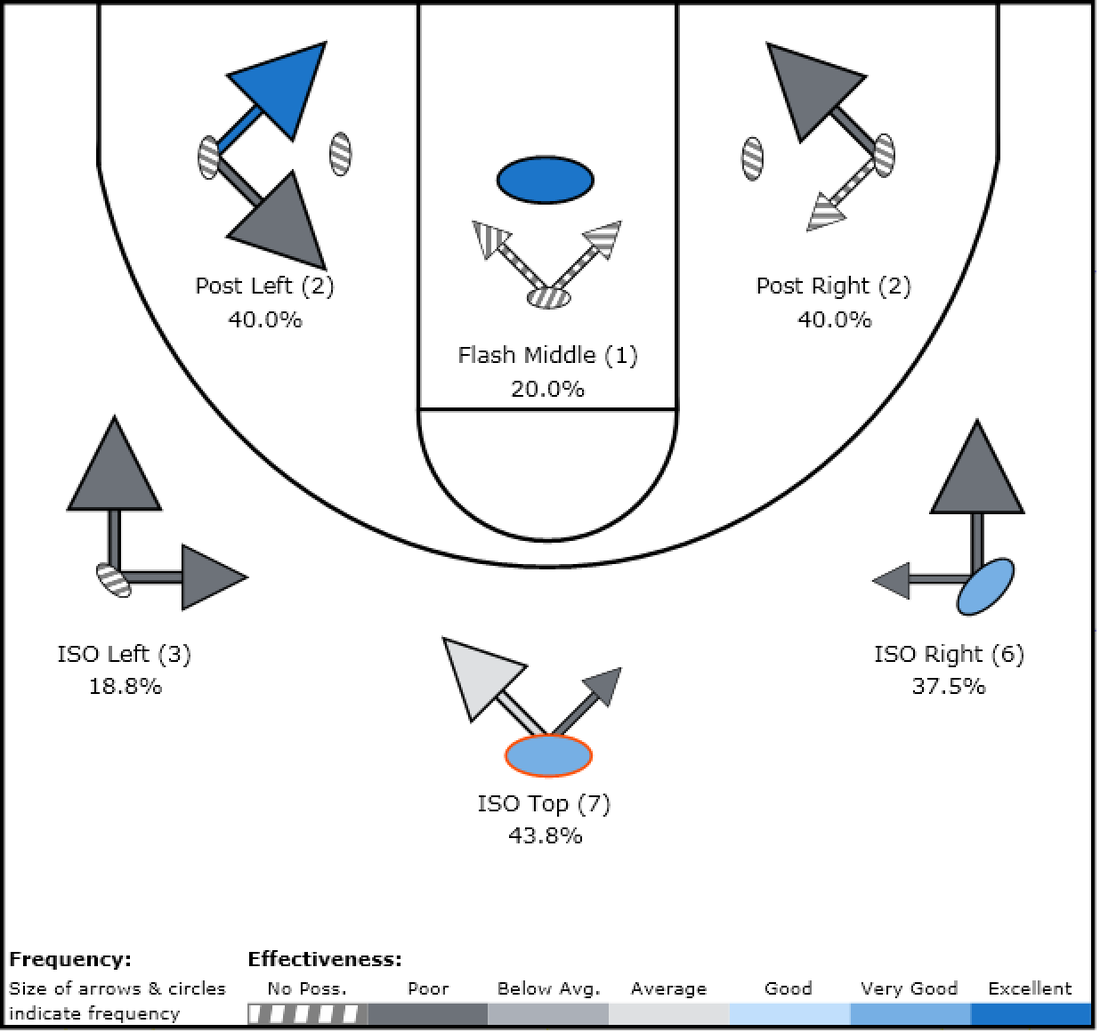 Although the sample size is relatively small, Cobb has struggled this season on isolations. Cobb has found himself isolated on 16.3 percent of his possessions this season and has averaged just .65 points per isolation possessions. He is also turning the ball over 15 percent of the time when isolated. Against UCLA, Cobb committed five turnovers in part because he was looked upon to force the issue on offense. Aside from Alex Olah, Cobb was really the only Northwestern player to be effective inside the three-point arc as he was 4-6 on two-point attempts.

Moving forward, Cobb must continue to improve in isolation situations late in the shot clock by not only being more efficient looking to score, but also by looking for kick outs to spot-up shooters. Cobb didn't record an assist against UCLA, his first game without one.

Although it will most likely continue to be a question Northwestern will have to answer throughout the year, Kale Abrahamson has shown flashes of being a third perimeter scorer behind Cobb and Crawford. Abrahamson, now a sophomore, spent a lot of time last season camped out behind the three-point line looking for open threes. This season, though, the six-foot-seven forward wants to get back to a more versatile offensive game. In high school, Abrahamson said, he attacked the basket more and was a more aggressive scorer.

According to Synergy, Abrahamson is still primarily a spot-up shooter. Through Northwestern's eight games, Abrahamson spent 58.8 percent of the time he's on the floor as a spot-up shooter. Abrahamson shot 12 field goals against UCLA, ten of them were three-pointers. He made both of his shots from inside. One of which was a hard drive on the left-side of the floor where he finished through a foul. Abrahamson finished with 19 points in 30 minutes. He must remain confident in his ability to attack the hoop to continue to earn playing time and emerge as a more consistent offensive threat for Northwestern.

With 27 seconds left and UCLA leading 92-79, the Bruin's Waanah Bail drove to the middle of the lane and flushed home an emphatic dunk. Immediately, Collins looked toward Steve Alford and raised his hands to the air as if to say, "What the hell?" That situation prompted an ugly post-game exchange between the coaches. 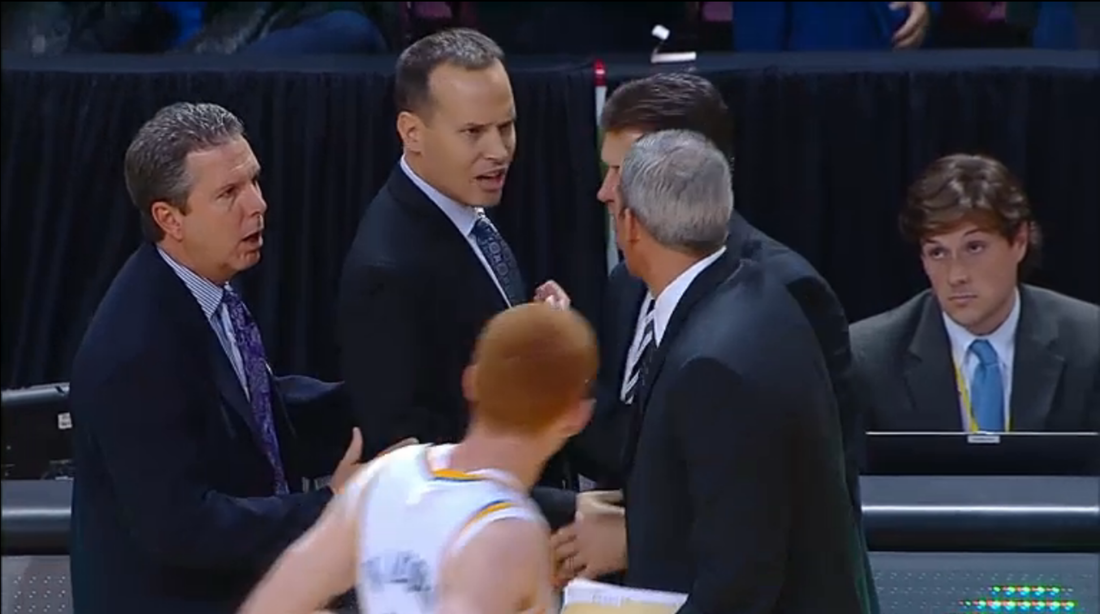 Game after game, Collins comes into press conferences drenched in sweat. In the often quiet Welsh-Ryan Arena, everyone can hear Collins berating his players. There are times where Collins may need to just relax.

But the first-year head coach has a point. In the most recent case against UCLA, Collins is seen sticking up for his team. All he says he wants is for his players to play as hard as they can every night and give themselves the opportunity to win games. He is setting a precedent for the program he want's to build.

No one should look down on Northwestern, he seems to think. Northwestern should be respected at all costs.

For the 39-year-old Collins, that energy has aided him so far in his tenure. Despite what looks to be a not-so-promising season on the court, Collins will continue to expect the most out of his team. This attitude will undoubtedly boost the program in the long run as players and recruits will begin to see Northwestern as a competitive program.