Northwestern Giving Away Kippahs for Game Against Brown

Share All sharing options for: Northwestern Giving Away Kippahs for Game Against Brown

We'll update this when we get more information, but Northwestern just announced via Twitter that next Sunday's game against Brown is Jewish Heritage Day, and to commemorate the occasion, fans can order a limited number of Northwestern kippahs.

From what I can tell, this promotion is one of the first of its kind in college sports, though the company, Klipped Kippahs, makes kippahs for many different sports teams.

From a fan standpoint, this promotion should be a hit. NU has a large number of Jewish fans and students, and NU president Morty Shapiro even requested the Wildcats' football game against Western Michigan this year to be a night game since it fell on Yom Kippur. And now, fans in the stands will finally match one player on the bench — NU forward and Orthodox Jew Aaron Liberman — who wears a kippah every game. 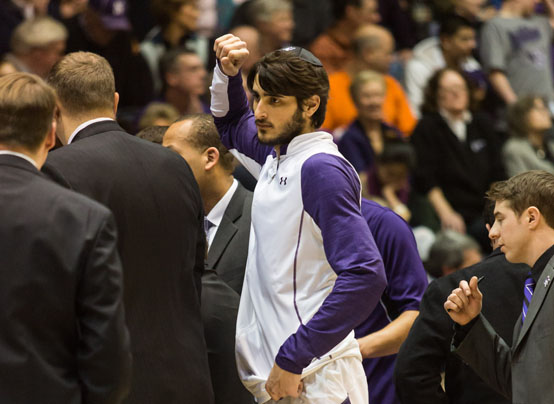