I don't think you can top "Venric Bark," but try.

I adopted a puppy! 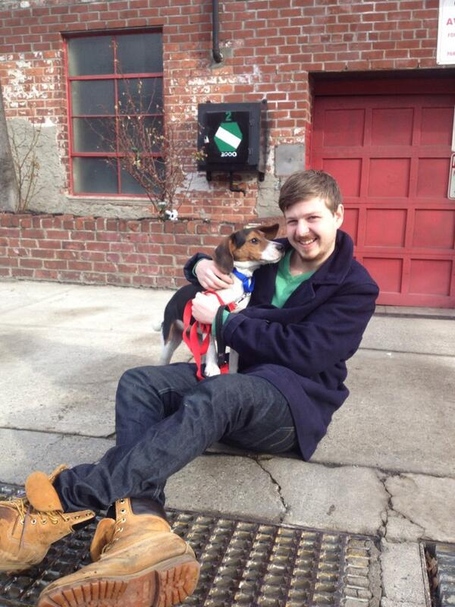 As you might have seen in the other article I wrote about her, She is a seven-month old beagle mix brought to New York from Oklahoma. I think she is, beyond a shadow of a doubt, the best puppy on the planet or ever to have been on the planet. She makes me so much happier in every single way than Northwestern sports.

I don't bring this up because I intend on turning this into a puppy site rather than a Northwestern sports site. I bring it up because, well, at first, I had trouble naming her.

Eventually, I made my decision: she is Laz. She is named after two things of equal importance.

The first is Lazaro Borrell:

Borrell played 15 games, including two in the playoffs, for the Seattle SuperSonics in 1999-2000. He is one of three Cuban players in NBA history, and the only one in modern times. He'd go on to play most of his career in Argentina. When I was in Cuba, I met one person who paid attention to basketball -- it was tough, he had a friend in an embassy who let him watch games via some sort of semi-legal satellite hookup -- and he brought up of his own accord that Borrell had made the NBA.

The other is less cool: on joining a fraternity, I found out that a) someone mentors you about the fraternity, and he is your pledge dad b) people keep track of the lineage of these pledge families c) these families have names, and mine was "Lazerus." It took me an even longer time to figure out that this wasn't a biblical reference, but rather the name of the guy who founded the family. And then I completely randomly realized that the person in question was the dude who writes about the Blackhawks on twitter.

So she is Laz.

But before she was Laz, I was having trouble naming, mainly because Laz is kind of gender-strange for a girl, right? So people started tweeting suggestions at me:

So I just wanted to take a moment to open the floor to Northwestern puppy names. You've been kickstarted. Now go. Run free, internet.