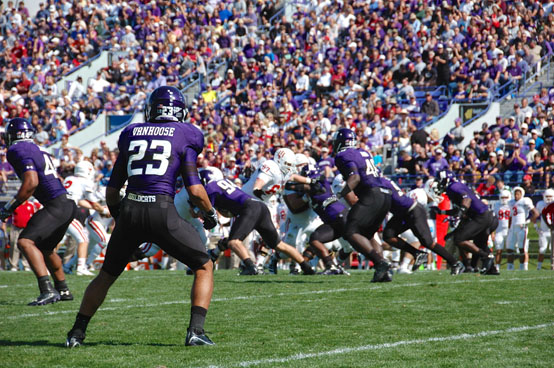 Northwestern's spring practice season is halfway over, and now the players will have a break for finals week and spring break, before returning to practice once the spring quarter starts at NU. It's been tough to judge some position battles so far because of injuries, but for the most part, we have a pretty good idea of what the two-deeps will look like after watching practice this spring.

Of course, nothing is set — remember, Venric Mark was a receiver last spring — but this is how things break down right now, once you factor in the injured players with who is receiving first and second team reps right now. Check out our projected midway point spring depth chart below.

*Hall will also play nickelback and outside linebacker at times