According to the Wikipedia, Northwestern-Michigan was the basketball game that can provide understanding for every other game ever played. Wikipedia also apparently wants to make Northwestern look really stupid.

Share All sharing options for: Wikipedia thinks Northwestern-Michigan was the most important basketball game of all time

I'll be honest: I have long loved the Wikipedia. I have played the Wikipedia game to pass time. I have spent hours and hours perusing various pages for no apparent reason. I have used it as my primary source for school projects, then the source that leads me to my sources once teachers got too smart. I have researched far too many blog posts on it. I probably read, like, 5 Wikipedia articles a day on average between work/boredom/other stuff.

There's a lot of things that are great about it. For example, most Wikipedia pages have pictures. They help you know what the thing you're reading about looks like. For example: don't know what a puppy looks like? This is a puppy: 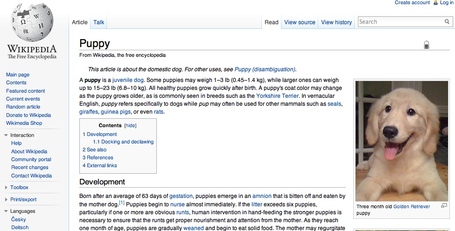 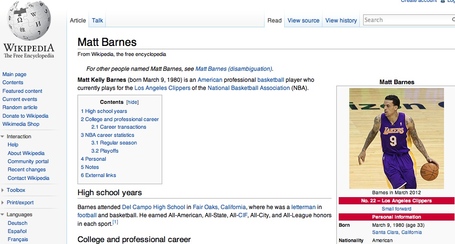 And all the photos there are fair use, so you can use them on your own site without worry about getting sued. For example:

This is a giant bunny next to a regular size dog, taken from the Wikipedia page for Flemish Giant rabbits. 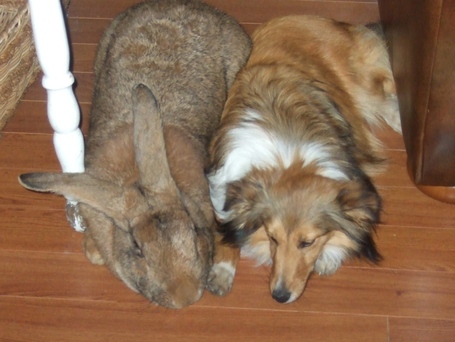 This is Vin Diesel. 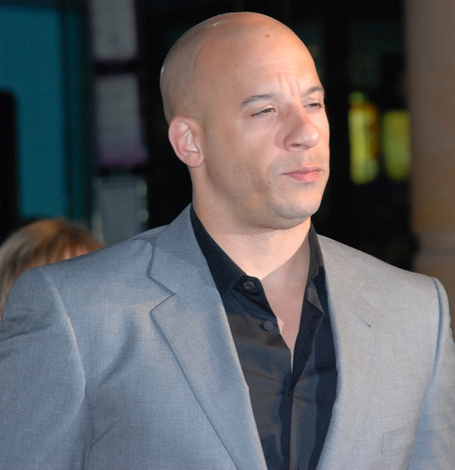 And because those photos are free use, I can use them.

However, sometimes the Wikipedia makes strange choices with its pictures. 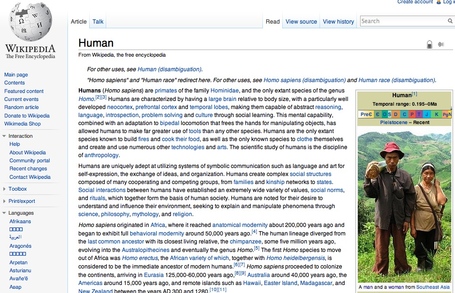 Of all the people in the world, how come these are the two that represent our species? Why not a picture of, like, Ryan Gosling and Blake Lively? Or me? Nothing against that man and woman from Southeast Asia.

How come Ja Rule's Wikipedia features a picture of him with Drew Barrymore's mom, Jaid Barrymore? 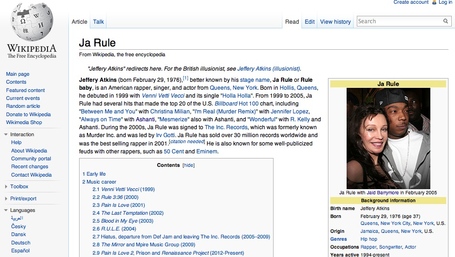 What were Ja Rule and Jaid Barrymore even doing together? Were they at a party where people were organized alphabetically by first name and/or the first part of their stage name? 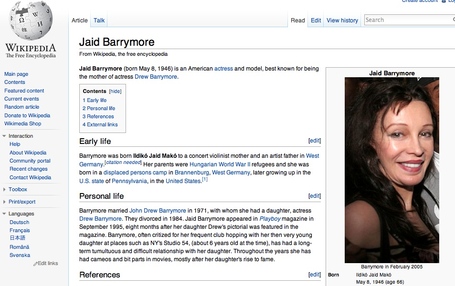 And I'll just present this Wikipedia page without comment:

How a McLovin lookalike grinding on top of a bar in New Balances with a crazy hat and an unidentified object in his mouth came to be the encyclopedia image of grinding, I don't know. All I know is that he should be an American folk hero.

So why am I talking about this?

So in the wake of the championship game Monday night, I wrote a story about officiating in the Final Four - whether it actually meant anything, and whether it could be fixed. (Answers: not that much, not really.) A referee took the time to email me to point out I made an error: double fouls used to see the ball given to the team who had the possession arrow, but that hasn't been the case for a few years, a rule change I erroneously thought had never been made. So I went to look up the double foul rule. Somewhere along the line, I ended up on the page for "Foul (basketball)."

I was surprised to catch the purple-stained court of Welsh-Ryan Arena in the topical photo. It appears of all the fouls ever created, the one that exemplefies the foul best is one committed by Alex Marcotullio on Tim Hardaway in this year's first Big Ten game, a 94-66 blowout at the hands of a team that would eventually appear in the national championship game. 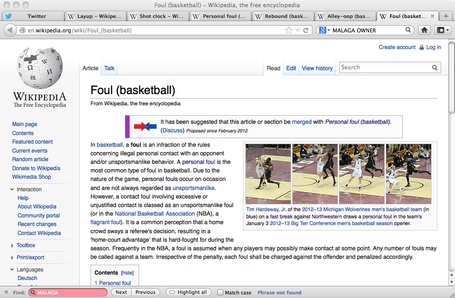 I pointed this out to Marco, who was displeased:

However, it turns out we were just cracking the tip of the iceberg, as @Natemedwards and @jmkelly91 pointed out. It seems whoever runs the Wikipedia believes that the easiest way to describe a multitude of basketball acts is through Michigan's early season game against Northwestern. Here's Jared Swopshire, committing a personal foul: 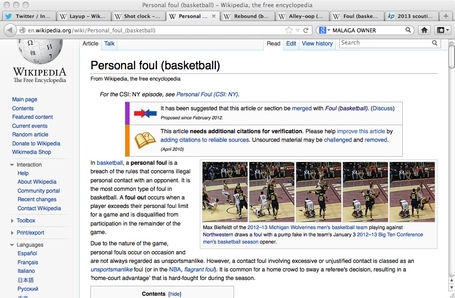 Here's Michigan defining an alley-oop by dunking on Northwestern: 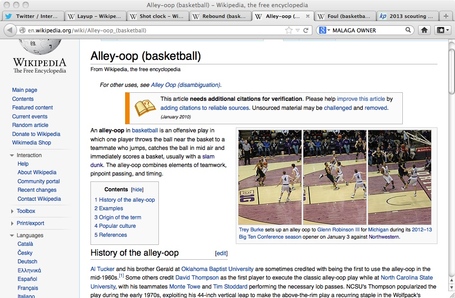 The history of the alley-oop section was clearly written by someone who has not seen the film "Semi-Pro."

Northwestern has a shot clock: 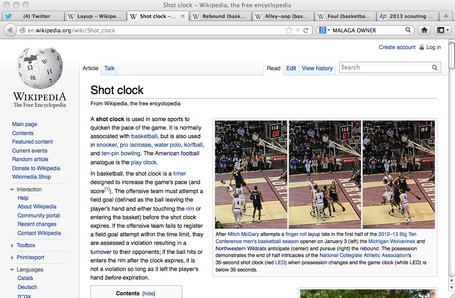 This one's actually a really great example pic, since it really displays how shot clocks work. In the other ones, I'm mainly just mad that the ref called a foul on Marco.

Here's Burke, presumably .8 seconds after destroying Northwestern's pick-and-roll defense, as the textbook example of a layup. 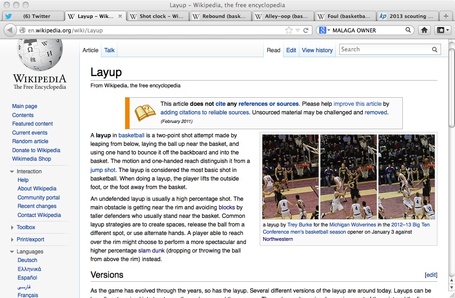 Marco luckily isn't going to get called for a foul here because he maybe moves, like, half a foot in between these three photos. I think we've learned one thing here today: the dude in charge of the Wikipedia HATES Alex Marcotullio, and wants to embarrass the hell out of him. I bet for like eight minutes there was a picture of Marco getting a steal at the top of the 1-3-1, but Mr. Wikipedia banned the hell out of whoever posted it and took it down, since he wants to make Alex Marcotullio look like the worst defender ever.

Northwestern is not the title picture for rebounding, but it is used as an example as Glenn Robinson III trails Trey Burke and gets an easy offensive board: 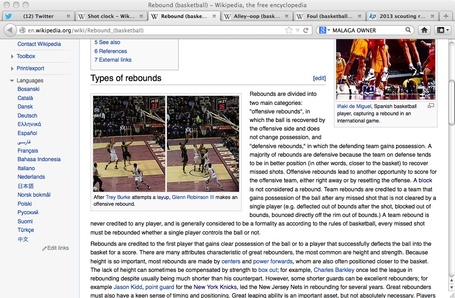 So here's what I don't get: let's ignore the fact that for some reason, every example of basketball comes from one game in January at Welsh-Ryan Arena. That's SILLY AS HELL, but at least it can be xplained away by the fact they needed free use pictures, and somebody was kind enough to go to W-R and take them.

But, yo: WHY NORTHWESTERN ALWAYS GOTTA BE GETTING CRAPPED ON?!?!?! Northwestern might have gotten blowed the hell out in that game, but hey, they scored 66 points too! And yet, the pictures here are: Michigan scoring a layup, Michigan finishing an alley-oop, Michigan missing a layup and getting the offensive rebound, and Northwestern getting called for two fouls. COME ON, WIKIPEDIA!

First, it was Ja. Now, it's Northwestern. When will Wikipedia's tyranny stop?

(And yes, I had just searched for the owner of Malaga's football team with my caps lock on.)