No matter how many billboards Northwestern places on I-294, the Wildcats are never going to be Chicago's Big Ten Team in terms of alumni base. But in recruiting, NU is certainly starting to live up to the billing.

Pat Fitzgerald's team built on its already stellar 2014 recruiting class yesterday with the addition of four-star running back Justin Jackson. Jackson, a Glenbard North product, is the third four-star to commit to NU this year, but maybe more importantly, he joins Wheaton North quarterback Clayton Thorson as the second four-star commit from the Chicago area. That gives NU more four-stars from Chicago than any other school, which is quite the change from the decades prior. And the importance of such a dramatic shift can't be understated.

On the InsideNU podcast last week, Chicago native Gordon Voit — an Illinois grad pursuing his masters in journalism at Northwestern — explained the importance of what he calls "The Glenbard Belt." All of Chicago and its suburbs have great talent, but the "Glenbard Belt" — concentrated in Lombard, Glen Ellyn, Carol Stream and Wheaton, but also extended out to Naperville and Downers Grove — is especially rich in talent. Both Jackson and Thorson are from that area. 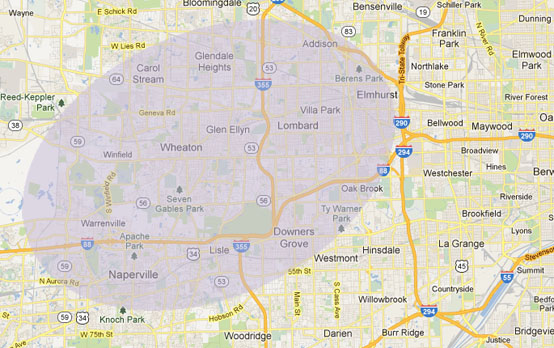 In the past, Northwestern has struggled to keep talent in the Glenbard Belt home. The rest of the Big Ten and Notre Dame have raided the area for years, and even the SEC has made a presence recently. NU prides itself in being a national university and a national program, and the Wildcats' recruiting reflects that. However, Fitzgerald and his staff can't expect to build a national contender, or even a conference contender, if they can't recruit the best players in the state. NU has build pipelines in Houston, Ohio, California and now even New Jersey, but the program's recruiting will always start and end in Chicago. Fitzgerald referenced the importance of gaining a stronghold in Chicago before the success of the 2014 class even began.

It's one thing to have good relationships, and it's certainly quite another to actually seal the deal. In past years, NU couldn't seal the deal against out-of-state foes like Iowa, Wisconsin and Michigan State. The Wildcats are always going to lose some recruits to the traditional powers, like Ohio State, Michigan and Notre Dame. However, if they want to move into the upper-tier in the Big Ten, they have to be able to beat schools like Iowa, Wisconsin and Michigan State for recruits on their home turf. This year, they've beaten all three of those schools for players, and some more than once.

Take Iowa for example. In 2012, the Hawkeyes took four-star DT Faith Ekakatie and a three-star OT Ryan Ward — both of whom were seriously considering NU offers — from the Chicago suburbs. In 2014, the Wildcats beat out the Hawkeyes — and Michigan State and plenty of others — for Jackson and Thorson. It's too early to call this a trend, but it's certainly a good start for NU.

So what is it that's keeping these players home? The simple answer is that winning cures everything, and that's true to some extent. More accurately, it's probably some combination between winning, new facilities and the always-present factor of strong academics. Whatever it is, it has to continue for NU to be relevant.

Northwestern's quest to become Chicago's Big Ten Team starts on the recruiting trail, and in that respect, the Wildcats are starting to live up to their motto. If Chicago's best recruits continue to flock to Evanston, the wins will certainly follow. And if the winning continues, NU just might be able to claim the hearts of the citizens of Chicago.