Northwestern-Illinois hate doesn't take a day off. Tim Beckman co-opted Northwestern's acronym, and Snoop Dogg forgot which side of a bitter hatefeud he finds himself on.

Another day, another case of HIDEOUS AFFRONTS in the HEATED, VICIOUS, LIFE-DEFINING rivalry that is Northwestern-Illinois.

Our first shot fired came from the radio, where Tim Beckman, John Groce, and Mike Thomas did a spot on Chicago's 670. I didn't listen, but some people did, and this happened:

@sippinonpurple It was apart of Illinois' new deal with them. Among other thing he said "our motto is W.I.N. Whatever Is Necessary Today."

First up, buddy: that's "WINT." This isn't the first time in recent days our Illini pals have miscalculated the amount of letters in something.

Secondly, in case you haven't noticed, that's already sort of a Northwestern thing. It's posted prominently in a lot of the NU football facilities, and it's riiiiiiiiiight on the front of Northwestern's helmets, on the nose bumper: 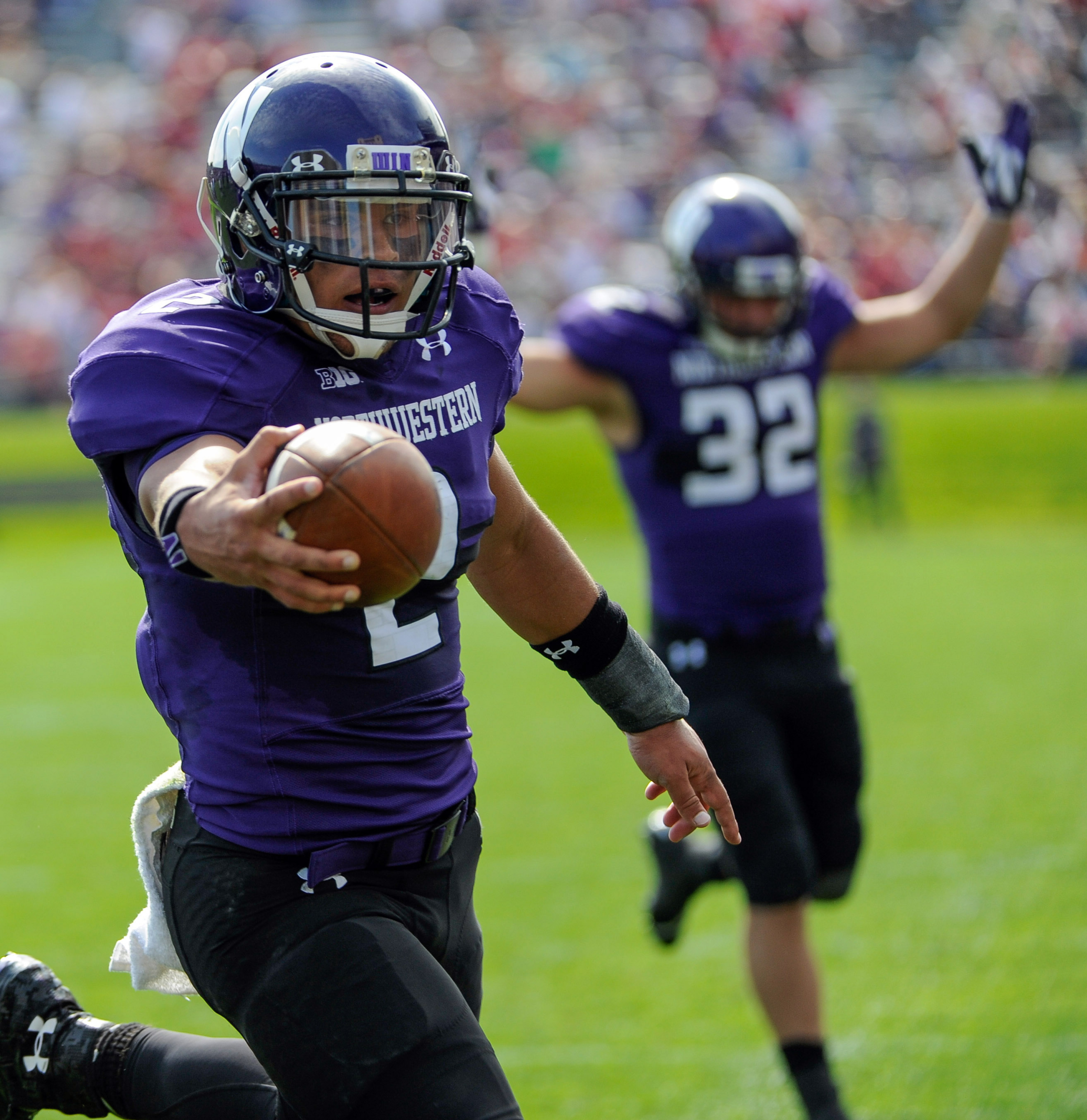 I know that I've seen it everywhere around the team, but sorta never understood what it meant, because, um, why would I. But I asked the internet, and it's "What's Important Now."

Tim Beckman came up with his own mundane way of pointing out that a) winning is the point of a football team b) the word "win" is comprised of letters, letters that can be used in their own unrelated words, and unintentionally happened upon the same motivational tactic that Northwestern already uses, or Beckman saw the "W.I.N." thing and decided that he would crib literally the most mundane, uninteresting thing possible about Northwestern football.

Either way, we have reached an impasse, and the future of Northwestern-Illinois football will clearly come down to whether "What's Important Now" is a better backronym than "Whatever is Necessary (today)." I think the best way to settle this is a best-of-3 acronym competition. We should call Amar'e Stoudemire to be the judge. I think we'll beat those Idiotic Losing Losers Idiotically Nagging Idiots, although an acronym flamewar would be Super Tedious, Unimportant, Piddly Insignificant Drivel.

There was also this:

"I guess we just figured out we were never going to be Evanston's Big Ten team." - Mike Thomas

But that wasn't the only piece of Illinois-Northwestern drama Wednesday. The Champaign Room found this picture of Snoop Dogg wearing an Illinois jersey on D.J. Richardson's instagram: 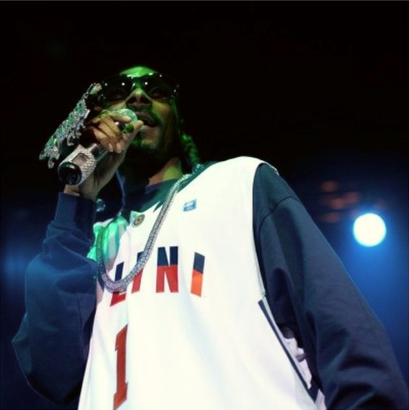 OH, HOW QUICKLY YOU FORGET YOUR ALLEGIANCE, MR. D-O-DOUBLE-G: 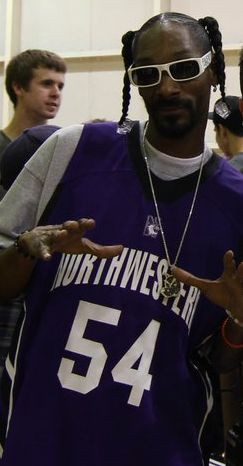 What happened, Snoop? Was there so much drama at UIUC that it was kind of hard remembering Kyle Row-ley? Was that time you put on a Kyle Rowley jersey at a concert at Welsh-Ryan Arena, bopped around awkwardly to "California Gurls," then left the stage really nothin' but a G thang to you? Did you really take your Northwestern allegiance and completely drop it, as if it were excessively warm? Of all people, I would think Snoop, who has claimed gang allegiances since he was a 20-year-old who rapped instead of just showing up on pop songs and kinda whispering for a few seconds, would know about the dangers of wearing the wrong colors in the wrong neighborhood, and in this instance, he's made the mistake of thinking Northwestern-Illinois isn't EXACTLY as intense a rivalry as Bloods vs. Crips.

For shame, Snoop. You know what? After this, I'm GLAD I never made those t-shirts with pictures of John Shurna and Juice Thompson's faces on them that said "Sippin' on John and Juice." You don't deserve them.

(The best part of that picture is still Shurna's head popping out the top, by the way.)

Just another day in the bitter, cutthroat rivalry that is Northwestern-Illinois.