With Arthur Omilian's arrival, we've moved on to the "backup kickers" segment of our programming! Wait, any chance you want to talk about Big Ten Media Day?

For now, let's talk about Omilian, a 5'11, 160-pound kickin mammajamma with dual Polish and Canadian citizenship.

Despite that thing I said about Omilian having Polish and Canadian citizenship, he comes from Atlanta, where he played for Pace Academy, and was named kicker of the year in his region. From the walk-on bio hall of fame:

Even I wasn't editor in chief of my high school newspaper. He only attempted 15 field goals over his two seasons as his school's kicker, so it's not a huge sample size, but he did go 67-70 on PAT's over that time. 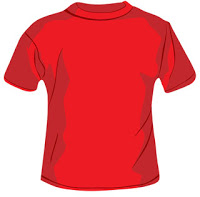 College football! (Also considered: "irrational hum," which is pretty much all humming, because I really don't like that Michelle Branch song I'm humming that much why am I humming it, "marital ho ruin," which is why I'm voting for Eliot Spitzer for comptroller, "ha, Iran turmoil!" which is a really light way to look at nuclear crisis, "ham urinal trio," which is an excerpt from a Rob Delaney tweet, "Martini or hula," which, why pick?, and "Rah Alumni Riot!" which is college football.)

"Intro: A Million And One Questions/Rhyme No More (Medley)"

"In My Lifetime: Vol. 1" isn't a worthy sequel to "Reasonable Doubt," which is true of almost every sophomore rap album, but what an absolute knocker of an introduction. First of all, every rap song ever should be a DJ Premier production. This is two separate ones combined into one song, so, even better. Secondly, you can say a lot of things about a lot of rappers, but there are few who pull off smoothness as well as Jay-Z. A minute and a half of questions -- you know, like the title of the song -- about all the things he rapped about on his first album, from hypothetical fawning media members and the public, and then the slickest way to end it -- how bad do you really wanna know? Just so damn slick, and he's still doing some form of it over 15 years later.

How he can help

He's a backup kicker! What can he possibly do, right?

Well, not completely right: I think Northwestern needs somebody to take kickoffs instead of Jeff Budzien to save Buddy Z's leg from a little bit of extra wear and tear. Even if it gives up a few yards per kick, it keeps him fresh for big kicks, and if it's all your backup kicker is working on, they might not necessarily even be giving up a few yards per kick, right? The one year Northwestern gave all its kicking duties to Stefan Demos did not work out well, so specialization seems the way to go in my mind. Omilian could be that guy, although there are other kickers on the roster who I will write this exact same thing about.

We don't have him on our depth chart. But he could be!