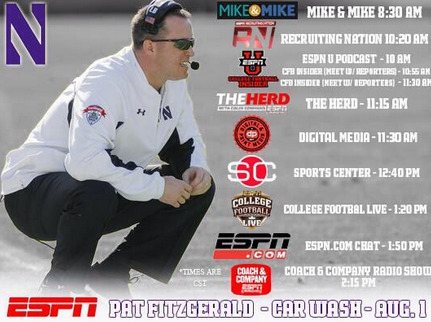 If you’ve listened to ESPN radio before, or have been tuning in throughout the network’s recent succession of college coach carwash installments, you pretty much know what to expect when Fitzgerald hits the airwaves tomorrow. An idea: somebody count up the number of times Fitzgerald says “Go ‘Cats” on air. Winner gets some kind of prize, promise.