2015 Ath/QB Arion Worthman says Northwestern is his No. 1 school

Share All sharing options for: 2015 Ath/QB Arion Worthman says Northwestern is his No. 1 school 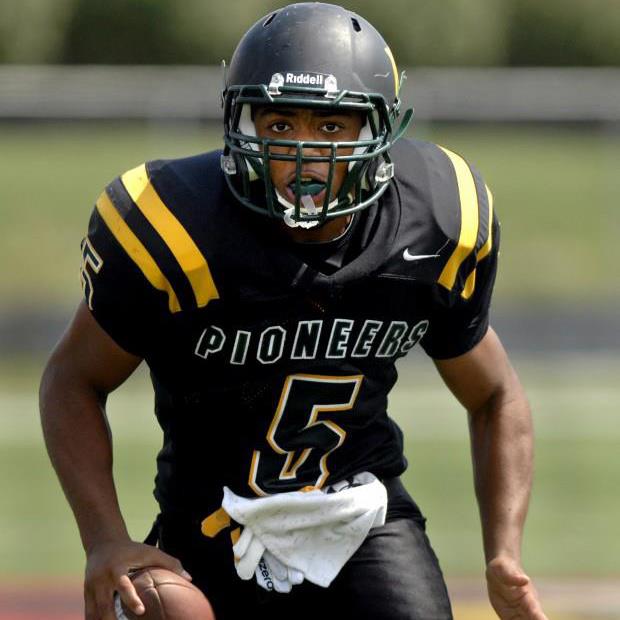 Of the four schools that have contacted him, Arion Worthman knows which one is his favorite. Northwestern, thanks to its academic reputation (and the recommendation of his parents), tops the 2015 Ath./QB’s list as he enters his junior year at Normal University High (Il.).

Worthman has attended three camps this summer: one at Illinois State’s campus, one hosted by Illinois in Chicago and the June Chicagoland Showcase on NU’s Evanston grounds. He worked out at quarterback and received positive feedback from Northwestern offensive coordinator Mick McCall and wide receivers coach Dennis Springer.

“They said I threw well,” he said.

His future position in college is still a mystery. Worthman (5-foot-10, 195 pounds) could wind up playing wide receiver, running back defensive back or, if he has it his way, quarterback. Neither Springer nor McCall told Worthman to focus on one position, but instead encouraged him to “keep his options open,” which will make him a more attractive prospect to a wider range of schools. Springer did indicate he wanted to see Worthman work out at running back without discouraging Worthman from continuing to try and expand his position repertoire.

Quarterback is Worthman’s preferred position, but if given the choice between playing QB in a smaller conference, and playing a different position in the Big Ten, Worthman is almost certain he’d opt for the brighter lights of major conference football.

“I like playing quarterback, but I love playing football more,” he said. “I’d probably go with the bigger conference.”

His ranking of Northwestern as his top school speaks of strong early interest (and, perhaps,a lack of alternatives), borne of academic allure and a football program on the rise. Worthman said Springer will attend a few of his high school games this fall; Worthman – who has spent the last two years playing mostly quarterback – plans to try out defensive back, and hopes to return to Evanston for an unofficial visit.

There is mutual interest, and, based on Worthman’s comments, an early impression Northwestern amounts to something like Worthman’s ideal school choice.