Share All sharing options for: NU vs. Maine: Pregame Warmup

We're debuting a new weekly feature, inspired by the great Marc Morehouse (@marcmorehouse), who covers Iowa for the Cedar Rapids Gazette. Basically, it's a few notes and a final look at the game before kickoff.

- Gorgeous day in Evanston. There's a little bit of wind coming out of the northwest, but it's not too bad. Might be the nicest day we see all season.

- NU had already planned a moment of silence to honor former offensive coordinator Mike Dunbar, who died earlier this week. According to Teddy Greenstein, the Wildcats will also honor former coach Francis Peay, who died this morning.

- Venric Mark is listed as questionable for this game. NU isn't on the field yet for pregame warmups (we'll update when we know more) but it's unlikely that we see Mark today. He didn't practice this week and it's not likely that NU is going to need him. [Update: Mark is not participating in pregame warmups.]

- Dwight White is still the starting cornerback, but Matt Harris split first-team snaps this week. This will be a good learning experience for both White and Harris, and expect to see a lot of both of them. NU also worked with White and Harris at cornerback, and VanHoose at nickelback at times in practice this week. Jimmy Hall is the "starting" nickelback, but it will be interesting to see if the Harris/White/VanHoose formation is used at all once the issue is no longer in doubt.

- Check out the first installment of our Wildcat Gameday Preview show (a collaboration with NNN) and our gameday study guide.

- Wildside's new student tailgating area, Fitzerland, seems to be a massive success. This is the first game with students back on campus and it's the most collective excitement I've seen at a student tailgate at NU in awhile... and this is for Maine. I can't imagine what the Ohio State game is going to look like. Check out some pictures of Fitzerland (and the new student area) below. 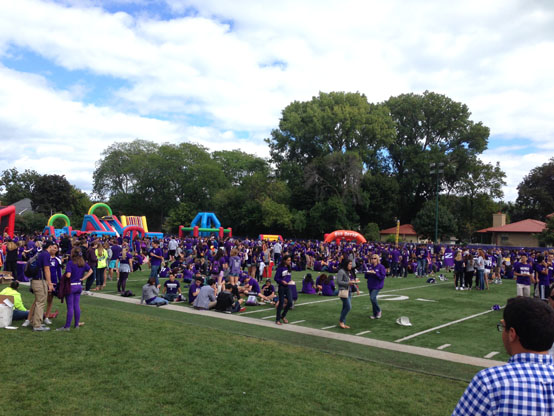 The new student area for freshmen. 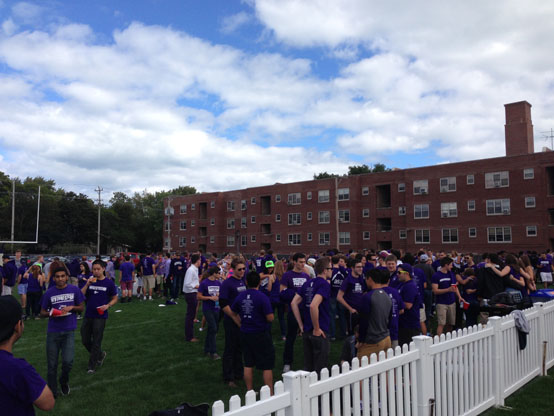 A look at Fitzerland from the outside. 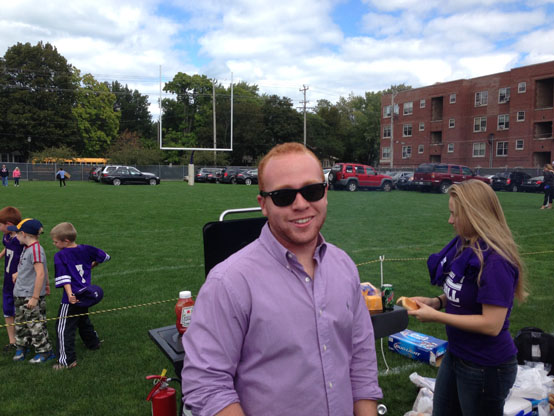 Jules Cantor of the DX fraternity grills for students. He makes a mean burger. 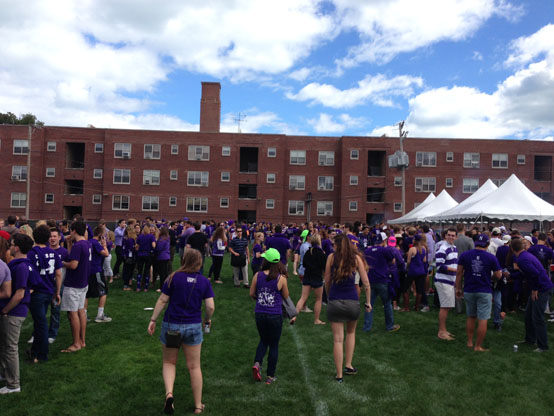 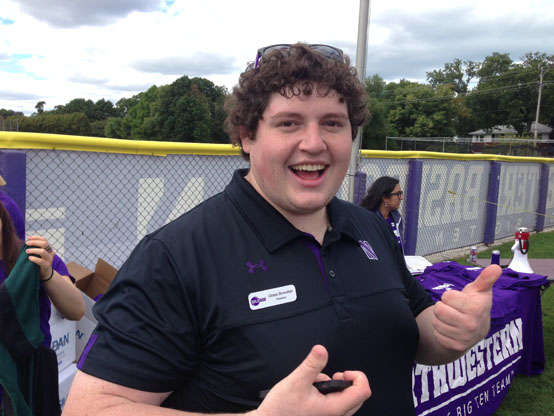 Gram Bowsher, the president of Wildside, who is responsible for putting Fitzerland together.