EVANSTON, Ill. -- Through the initial three or so months of his first season as Northwestern's head basketball coach, Chris Collins hasn't been one to keep his emotions inside. He's a screamer on the court and comes into press conferences drenched in sweat.

During and after Northwestern's 93-67 loss to Iowa on Thursday night--the team's fourth in a row--Collins must not have taken a quiet approach in expressing himself to his team.

Collins, according to Northwestern's Associate Director of Athletic Communications Nick Brilowski, was unable to speak to the media Friday as he was recovering from laryngitis, an illness caused by stress on the vocal chords.

More information and reaction to the new 'By The Player' uniforms

Kevin Trahan posted some information earlier on the special "By The Player" uniforms Under Armour crafted for Northwestern's game against Illinois Sunday night.

An image from Northwestern's media availability today is below and a gallery of the uniform can be seen here.

According to JerShon Cobb, the design "board" was made up of Dave Sobolewski, Drew Crawford, Tre Demps and himself.

With plenty of references to Chicago including the skyline and the John Hancock Center on the uniform, Northwestern clearly made a conscious effort to stake its claim as "Chicago's Big Ten team" when in-state rival Illinois comes to Evanston.

Crawford said the process was pretty interactive and was pleased with final product.

"We had a good amount [of input]. At the beginning of the year we sat in the center of the floor and a bunch of the Under Armour reps came and kind of interviewed us about things that we like, things that are popular on the team. You see those things in the details of the jersey so that was a really neat process," Crawford said.

One of Crawford's favorite emblems was a reference to the 1995 movie "Friday" starring Ice Cube and Chris Tucker. The comedy, Crawford said, is "one of the favorites of a lot of guys on the team." 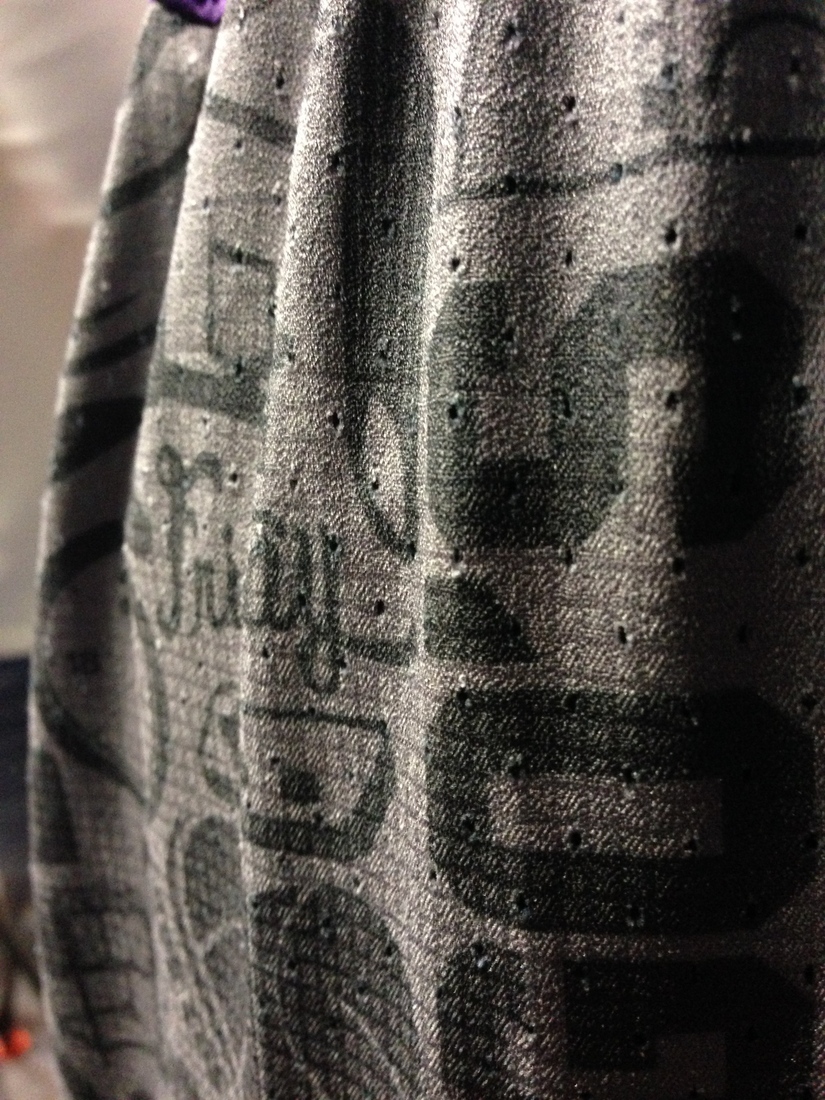 A close up of Northwestern's "By The Player" shorts including the reference to "Friday." (Josh Rosenblat)

As team's are better able to scout Northwestern, both Cobb and Crawford said that Collins has made efforts to expand the playbook to counter what other teams may see.

Sometimes, though, those efforts go unheeded

"In Big Ten play," Cobb said, "a lot of our initial sets aren't going to go because team's have great scouting reports. Sometimes you've got to just break it off and run pick-and-roll."