You ever wonder why we pay attention to college sports anyway? And not specifically college sports -- Northwestern college sports, a team with a history of bad terrible things, including a basketball team with that's spent its 2013-2014 campaign getting blasted by any school with five guys, a ball, and two hoops?

Well, we follow it because sometimes they win, and then this happens:

I joke that because we're Northwestern, we sip victory instead of chugging it. Hell, one of our most treasured sports memories is snapping a 34-game losing streak.

Losing a lot isn't fun, no. But these oases in a desert of losing make me absolutely giddy.

Love this pic of Tre Demps getting congratulated by his teammates. The reason? He had 5 assists tonight!!! pic.twitter.com/e0FGjeoa6R

I don't see great things for the Wildcats this year. My hopes are perked up for a few more wins after taking down Illinois. But we have this, and this is awesome. 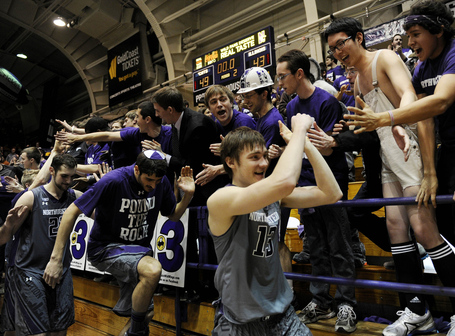 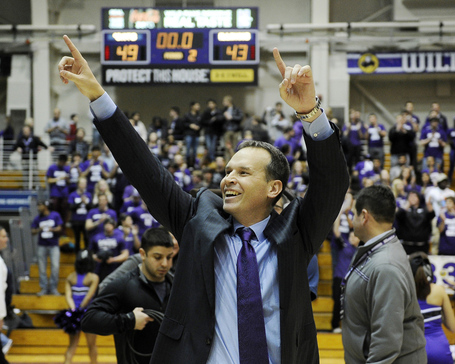 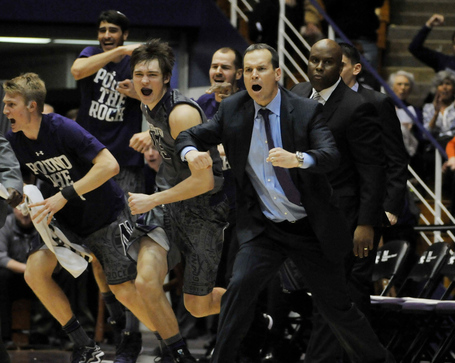