InsideNU is moving to SB Nation

Share All sharing options for: InsideNU is moving to SB Nation 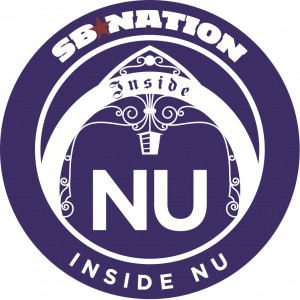 We’re happy to announce that two years after founding InsideNU, we’ll be moving the site to the SB Nation network. For those unfamiliar with SB Nation, it’s one of the fastest growing and 10 largest sports sites on the internet, and it’s part of Vox Media, which is home to six other verticals — Vox.com, The Verge, Eater, Curbed, Racked and Polygon.

We’ve opted to stay independent for two years because we’ve loved producing content in our own unique way, delivering it all for free. However, we couldn’t pass up this offer, which will give us the resources of a growing media giant and allow us to continue with the same kind of coverage that we’ve given you since we started.

Yeah, it’s cliché, but we have to thank everyone who’s helped us along the way. When we started the site, we knew we could write a lot, but we didn’t know if anyone would want to read it. But somehow, we passed a million all-time page views earlier this year. It’s been amazing to see the community we’ve built, and we owe that to our readers. I hope you’ll find SB Nation to be even more user-friendly and enjoyable when you’re reading our content.

And lastly, we want to thank our writers. Callie Counsellor and Jonah Rosenblum agreed to join a site that was a complete unknown, and they were instrumental in helping it grow. Since then, we’ve added a freshman class that we’d argue stacks up with Northwestern basketball’s 2014 recruiting class. As you’ve seen, Josh Rosenblat and Henry Bushnell have done an outstanding job in their first year on the beat, and new additions Kevin Dukovic and Jason Dorow have been great, as well.

From day one, our goal was to get our writers great experiences that can prepare them for their futures. With all the resources SB Nation has available, we think we can do even more to achieve that goal. And for those of you who love Rodger Sherman's fabulous site Sippin on Purple, we're happy to announce that Rodger and the rest of SoP will still be posting on InsideNU when they have time, and SoP will have its own hub integrated into the site.

So stay tuned for updates in the future. We hope to have the site up soon. In the meantime, we’ll keep posting the same comprehensive coverage that you’ll be seeing on SB Nation in the near future.