Ryan Field is getting a digital upgrade.

New video boards will be installed at the decades-old stadium, Northwestern announced Monday. The new technology will be in place for the 2014 season.

"This is an exciting announcement for members of the Northwestern Football family and another indication of our commitment to providing the best possible gameday experience for fans and guests of Chicago's Big Ten Team," football coach Pat Fitzgerald said in a release. "Initiatives of this magnitude don't happen without the hard work of many individuals across campus and the support of our terrific fanbase, so I'd like to thank all those who played a role in making these videoboard upgrades a reality. We can't wait for our fans to join us in experiencing an enhanced gameday atmosphere when we take the field against the Golden Bears on Aug. 30."

The primary board in the northeast corner of the stadium will feature 1,100 square feet of screen surface area, a nearly threefold increase from the previous amount. 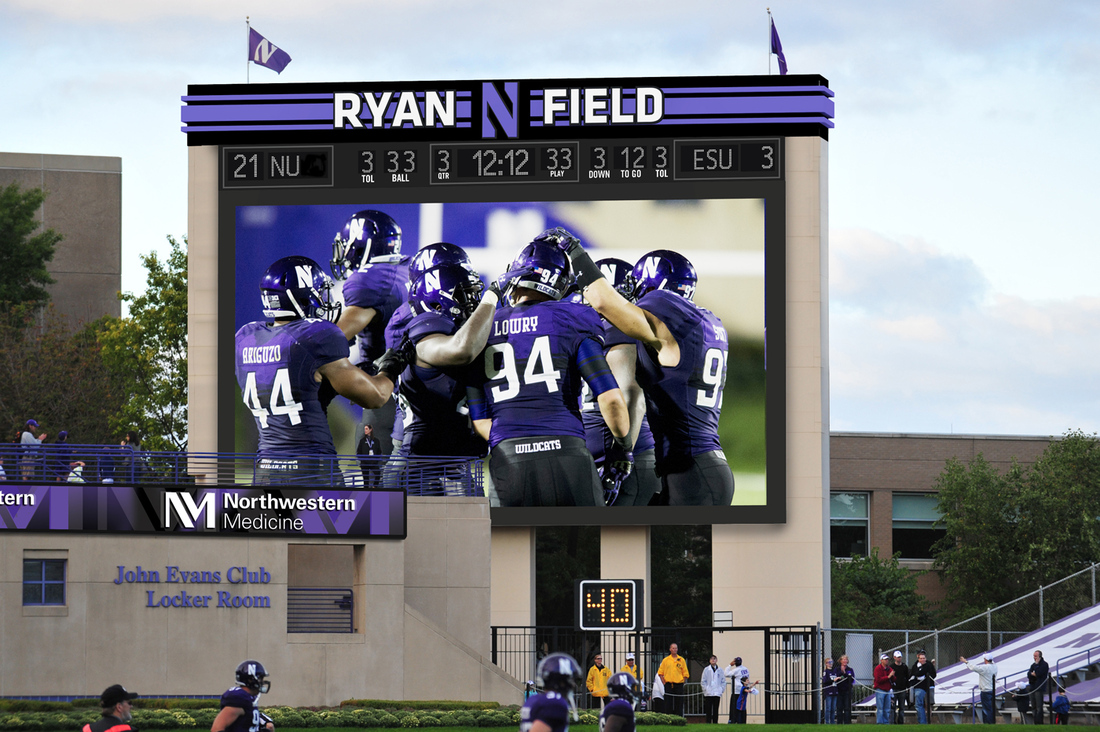 This marks the second Ryan Field-related change of the offseason, along with the student section’s move to the southeast corner of the stadium. Northwestern also reportedly hopes to install a new video scoreboard in Welsh-Ryan Arena (among other renovations) for the upcoming hoops season.