Kenosha is the worst, which makes it the best for Northwestern football

Someone once paid a cab driver $140 to help him escape from Kenosha.

Share All sharing options for: Kenosha is the worst, which makes it the best for Northwestern football

Northwestern heads to is annual camp in Kenosha, Wisconsin, this week for practice, and presumably to take in the picturesque views of the University of Wisconsin-Parkside. I actually told my editor at SB Nation, Jason Kirk, that I couldn't work on Tuesday and Thursday this week because I have to go to Wisconsin for Northwestern practice. Our exchange:

Anyways, if you know NU football history, you'd know that Camp Kenosha has grown into a not dumb tradition. Gary Barnett started bringing his teams up there to get them focused in the middle of nowhere, and Pat Fitzgerald has embraced the tradition, as well, bringing his team up to Wisconsin to get away from it all.

"It puts us in a football-only environment, 24 hours a day, seven days a week," says Fitzgerald, entering his fourth year as Northwestern's head coach. "Being a player, the initial [reaction is], 'Where am I?' And then after that, you can't wait to get up here.

"It's football. You don't have to worry about school or any other distractions and really grow and come together with your teammates."

Look, I don't claim to know whether this is really a good or a bad thing for Northwestern football. I don't think skipping the camp would've done much to hurt NU's 2012 season or help its 2013 season, but there doesn't seem to be much downside to it, and it's probably nice for the players to get away for a bit.

But what's funny is that Northwestern sees Kenosha as a great thing because it's also the worst. Kenosha being so dreadful is what made it so appealing to Fitz and Barnett. In fact, it's so dreadful, that in 1997, one player paid $140 to take a cab to Evanston to get away from Kenosha.

The isolation and nearby farmland were exactly what Northwestern coach Gary Barnett was looking for in a no-nonsense training camp, but not what (freshman Chris) Leeder was looking for in the way of a life. So he did what any desperately lonely guy would do.

He called a cab.

Thanks to Leeder, we now know the fare from Kenosha to Evanston is $140, the elevated train ride to Union Station is pocket change and the train ride to Grand Rapids, Mich., near Leeder's hometown, is $25.

You can see why I'm oh so excited to be making the hour-and-15-minute trip up the Tri-State tomorrow (and Thursday and Saturday) for practice — and this is coming from someone who grew up in Iowa next to a cornfield and whose favorite place in the world during his childhood was a farm in upstate New York that was surrounded by woods and Amish people (i.e. not a ton of entertainment).

But here's an idea of what Kenosha entails: First, you have to drive on the Edens (and the Tri-State) during traffic. When you finally get to Wisconsin, you're bombarded by cops who love to look for out-of-state license plates, and then you hit the construction between Pleasant Prairie and Kenosha, which I've confirmed with InsideNU Wisconsinite (is that right?) Callie Counsellor has been going on for centuries. Then, you wind through farmland that takes you way past the actual town of Kenosha until you come to Wisconsin-Parkside, which looks like a large high school, has confusing roads and doesn't have an actual football field.

Here are the two pictures of Wisconsin-Parkside on Wikipedia: 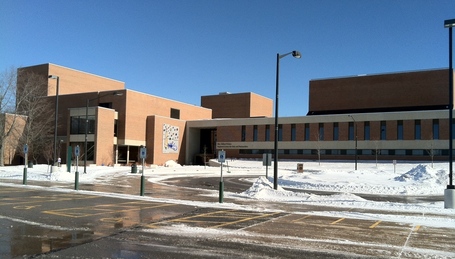 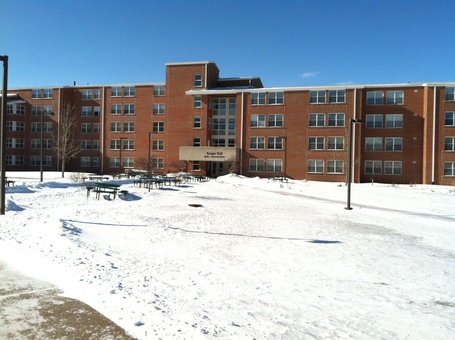 So yeah, not super fun or pretty looking.

To be fair, Kenosha does have two redeeming qualities. It has the Mars Cheese Castle, where you can find an incredible selection of cheese, alcohol and root beer, and it has a gas station that I once saw people drive their snow mobiles to, which is pretty #Wisconsin and pretty badass. But aside from those two things, Chris Leeder's escape story is a pretty accurate picture of the town.

Update: Other things in Kenosha that don't suck, in case you need ideas for your next family vacation.

@RiseNU @NickMedline @insidenu while you're up there do NOT miss Franks Diner. Best breakfast in the Midwest! Hands down!

@insidenu They're supposed to have a good car wash there....

So hopefully this gives you a good look into where your favorite Wildcats will be spending the next week. And just remember, Kenosha is the absolute worst, which is why, to Northwestern football, it's the absolute best.

Update: Kenoshans have their own subreddit and they don't really like us.