Where will Northwestern get its big plays?

With the loss of veterans, it seems as though three new faces will be expected to bring an explosive element to Northwestern's offense

Share All sharing options for: Where will Northwestern get its big plays?

It's late October and, as is often the case in the Big Ten, an icy mix of rain and sleet pour from above. Your favorite team's offense is struggling to move the ball and with the fourth quarter just underway, time is running out.

It's in moments like these when big plays are needed. Those explosive plays can turn the momentum of the game on a dime, and they're the most important predictor of which teams will be successful. All it takes is one play, or one player even, to make or break a game or season.

And in 2013, that's one of the many places where Northwestern faltered. When looking at the number of plays that went for 20-or-more yards amongst Big Ten teams (including Maryland and Rutgers), Northwestern was tied with Penn State with 48 plays, only ahead of Iowa and Purdue. 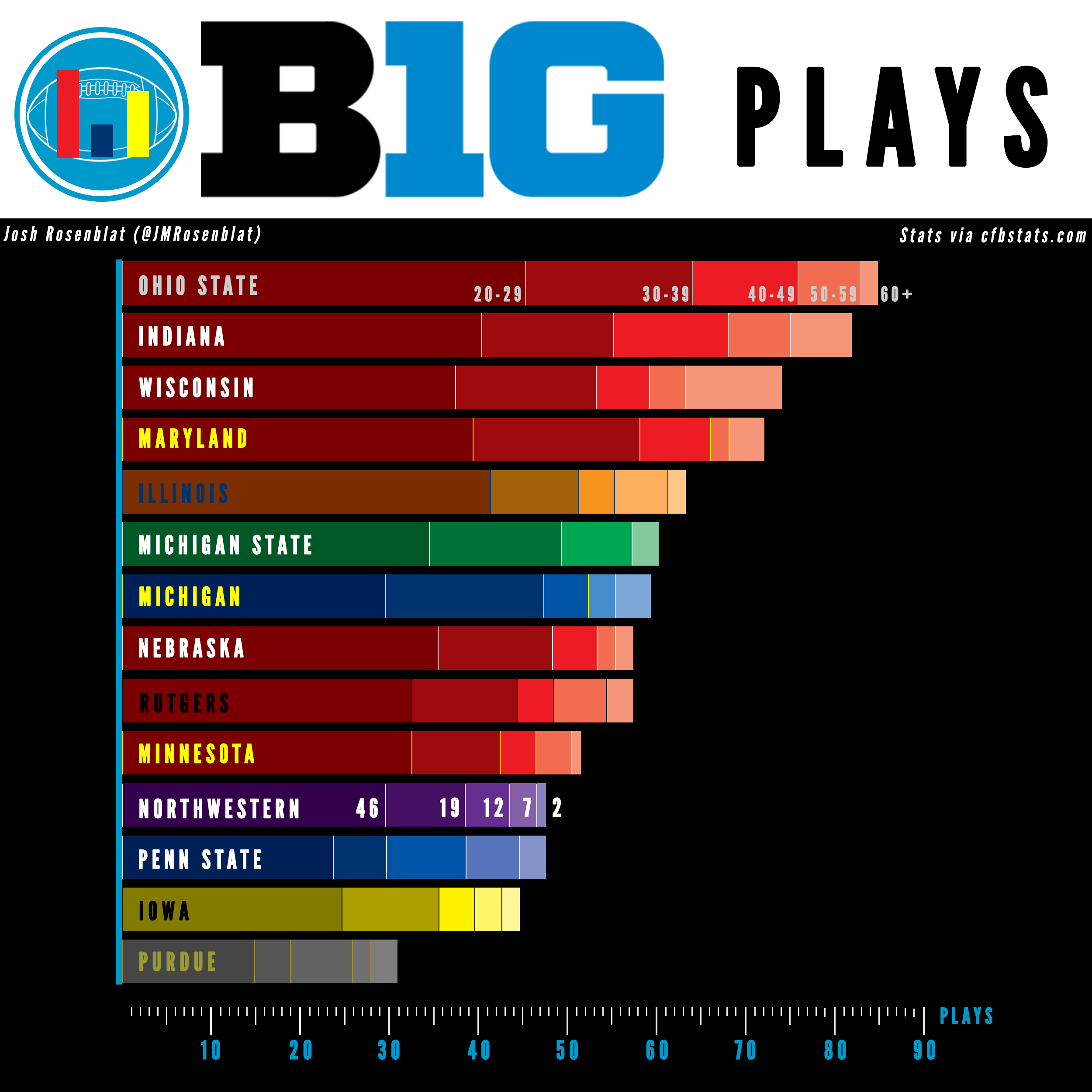 Off the top of his head, Northwestern head coach Pat Fitzgerald could only name one big play from the past year: Rashad Lawrence's 67-yard catch and run in the fourth quarter against Ohio State.

And in the spring, Fitzgerald made sure that creating opportunities for game-changing plays was a major point of emphasis.

"That's actually one of our things that we talked about this offseason: yards after catch and yards after contact. We weren't very good a year ago... With our offense, a timing route and an explosion play is kind of when we we're really cooking with gas... It's an area that's really been an emphasis with our skill group. We've got a lot of work to do there, but I think we've got guys who can do it. Driving on a defense for 20 plays is pretty tough. You've got to shorten the field with explosive plays."

At that point, just about two weeks ago, Fitzgerald could look at his offensive depth chart and feel somewhat confident about the ability of his skill position players to create big plays.

Fast forward a week and following the losses of star running back Venric Mark, who's transferring, and leading receiver Christian Jones, who suffered a season-ending knee injury, Fitzgerald and offensive coordinator Mick McCall have to look deeper down the depth chart to replace the spark that Mark and Jones could provide.

So, where does that leave the Wildcats?

Even without Mark and Jones, this is probably the deepest and most talented roster Fitzgerald has had during his time as head coach.

At running back, though, replacing Mark's big play ability will largely fall on the shoulders of some unproven freshmen: Justin Jackson and Solomon Vault. And frankly, they've got some big shoes to fill.

Fitzgerald often repeats in himself when it comes to the question of whether a freshman will use a redshirt or not. What it comes down to, he says, is whether that player can contribute right away. For Jackson and Vault, contributing will become less of a possibility and more of an expectation as the season nears.

According to McCall, Vault's biggest assets are his speed--he ran a 10.66-second 100-yard dash in high school--and his hands--Northwestern even had thoughts about converting Vault into a wide receiver. For Jackson, who doesn't quite have the same straight-line speed, it's his quickness and vision that sets him apart.

"I'm not that big, I'm not that fast, but I'm very good at changing direction," Jackson said.

It would be a major omission to leave Mark's abilities as a punt/kick returner out of an article on game-changing plays. Last season, with Mark largely sidelined, Northwestern's return units did next to nothing. The player most likely to match some of what Mark could do in terms of his speed and stretching the defense is Rutgers transfer Miles Shuler. Shuler has fielded some punts when he's practiced, but Fitzgerald has made no indication who the primary returner will be.

In many ways, Shuler is as similar to Mark as one could be in terms of size and speed, not to mention the fact that he will switch his number to 5 before the season starts. He's a little bit bigger and has the burst and breakaway speed to match Mark. Shuler, though, shrugs off the comparisons even with a a 40-yard dash time, as he estimates, in the "high 4.3s."

Shuler, along with Vault and Jackson, will be looked upon to break games open from week one and all indications seem to point to them having the talent to do so, but it remains to be seen what these newcomers can contribute once they hit the field.