Name of the Week: WIU has a guy named Hi-C!

IT'S A BATTLE FOR SECOND PLACE, GUYS

Share All sharing options for: Name of the Week: WIU has a guy named Hi-C!

Last time around was a disappointment -- only 31 of you voted! WTF, guys! -- and it was a tie between Draco Smith and Aregeros Turner. Why? I hate you all. Anyway, congrats to Draco and Aregeros, who are both mythical beasts.

This week, I hope it is better, and I have very good reason to believe so. We have a great name among us. Honorable mentions include DL Jean-Marc Charles, who should donate one of his first names to DB Martinez Davis, who should give Jean-Marc one of his last names, the alliterative crew of WR Cleveland Clark, RB Brock Broughton, K/P Nathan Knuffman, and DL Hollis Henry, and the aggressively last-named Chip Holtschlag. To the names!

Cale McMakin is not a real person. He is a factory worker at the widget factory in a children's book. Except one day he made a wrong turn after work and ended up driving out of the children's book into reality, a world he's vastly unequipped for. He's never known any life beyond the very basic tasks he performs every day. I mean, widgets aren't even real things! That's what he made all day every day! He does not know about sex or stuff.

Cale is currently not McMakin plays, because he is a redshirting linebacker.

did you mean "Scaggs"

Macae is a redshirting lineman!

No, you're just saying "HOOGERWERF" over and over again in a Professor Frink voice, weirdo.

Hoogie -- the Hoog! -- is a redshirt freshman wide receiver who has three catches on the season.

The Quad is a transfer from Ole Miss, a highly touted juco recruit who got swapped back and forth between offense and defense while with the Rebels and eventually left without ever having played. The wide-out has turned out to be a playmaker for the Leathernecks, with a 33-yard run against Valpo and a 71-yard TD reception against Drake. 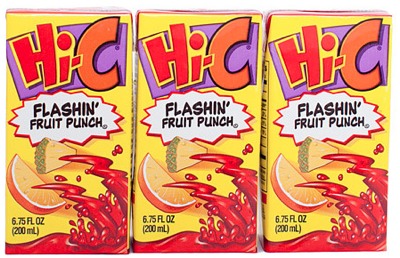 Sadly, but not particularly surprisingly, Hi-C's birthname is not Hi-C. It is "Hussien," and somewhere along the line he decided he would rather be known as "Hi-C." We can't find any reasoning for why on the internet, but it's understandable: Perhaps he was tired of having a name most commonly associated in America with a foreign dictator. Perhaps he wants us to know that while he appears to have a hard, plastic exterior, we can access his sweet inner self by jabbing him with a straw. Perhaps he is full of delicious, nutritious vitamins. Perhaps he is nostalgic for his long-lost youth. Perhaps he just really, really loves Hi-C.

Unlike Northwestern's own Juice Thompson or Illinois' Juice Williams, Hi-C is not merely named for the overarching concept of juice, but rather a specific brand of juice that comes in boxes and only children drink. His name has a dash in it. His name is Hi-C.

I don't expect Hi-C to receive 100 percent of the vote. There are other worthwhile names here. But my goodness, friends. This is a man who is named after juice.

You will hear Hi-C's name on Saturday -- he is the Leathernecks' leading receiver, with 157 yards and two touchdowns on the year. He also returns punts.