Share All sharing options for: Film Room: A look at Northwestern's run defense

Believe it or not, Northwestern, at least statistically, has one of the top defenses in the nation, according to Football Outsiders.

Football Outsiders' national rankings are based on many variables including opponent, down and distance and expected outcomes of a given play and you can read about the methodology and view the entire rankings here.

But there's a clear imbalance and this isn't new. Actually, many of us were wrong last season, according to FO, when we blamed Northwestern's losing streak on the lack of a sufficient run defense.

But in 2012, the rankings were flipped, with Northwestern's defense being better against the pass than against the run.

So quantitatively, Northwestern's defense has been pretty damn good this season and the catalyst for that has been the run defense.

If you don't like the super complicated data and methodology used by FO (frankly, a lot of it is confusing to me), the following chart illustrates some differences in Northwestern's run defense over the past few seasons:

Over the first few weeks of the season, Northwestern has turned out the fewest opponent yards per carry and percentage of opponent runs over ten yards and over twenty yards. But is that sustainable? What has made this team's run defense better?

Switching to qualitative analysis, here are a few things I have noticed about the defense:

First, Northwestern's linebackers (especially Collin Ellis) are really athletic. Second, the interior line has done a nice job of holding its ground on inside runs.

In the first quarter, Western Illinois lined up in a balanced set with two wide receivers on each side of the formation and the running back, J.C. Baker, lined up to the quarterback's right. Right away, it's clear that the play is a read option, with QB Trenton Norvell reading Northwestern outside linebacker Chi Chi Ariguzo. Norvell makes the right read, handing the ball to Baker to avoid Ariguzo. 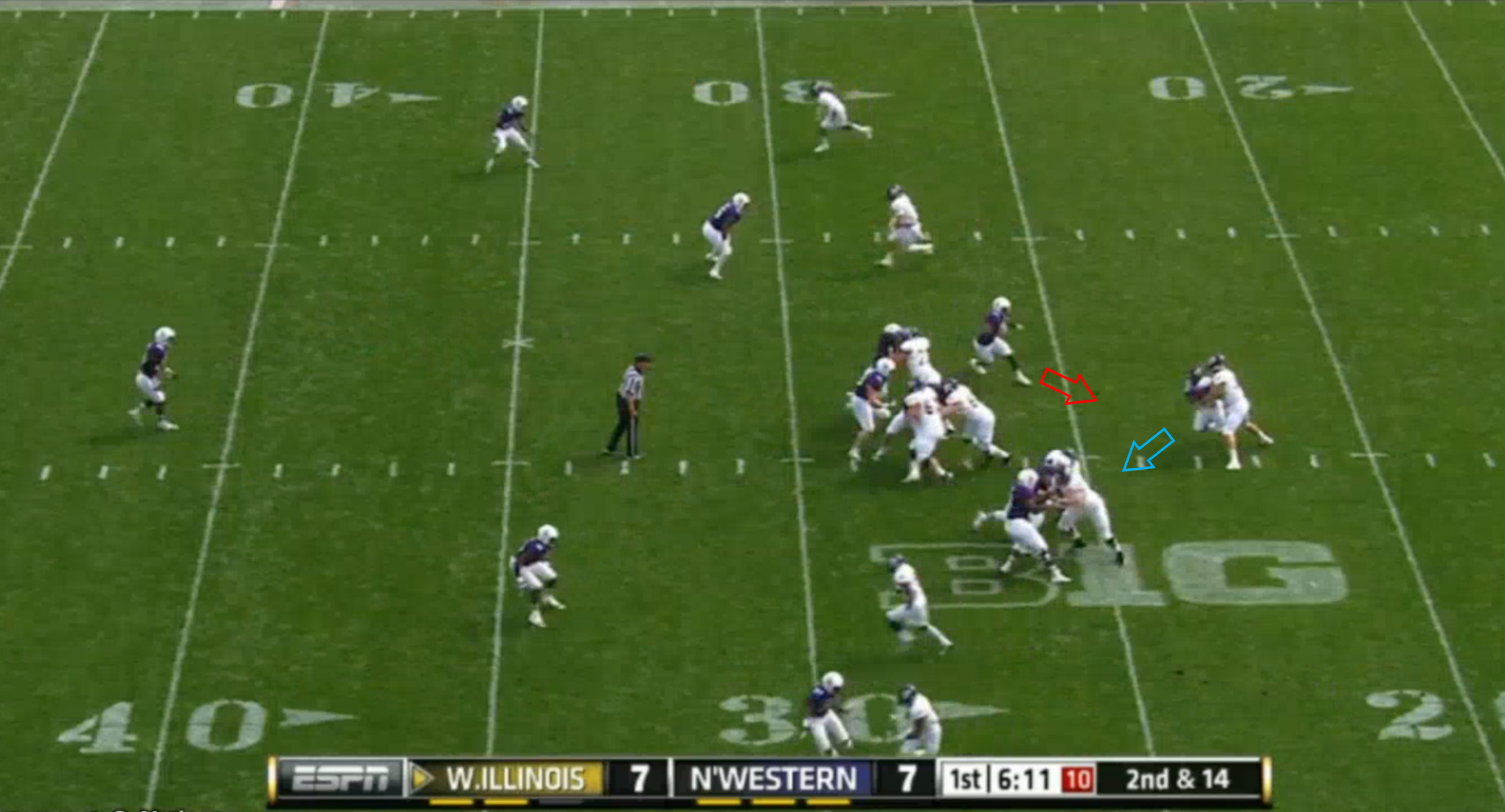 The individual MVP on this play is defensive tackle Connor Mahoney as he occupies both the center and right guard, freeing up Ellis and others for either free shots at the tailback or one-on-one match ups with linemen. Initially, it appears Ellis takes the wrong gap, but makes up for it with his speed. Deonte Gibson also frees himself from the defensive tackle, stepping into the gap. 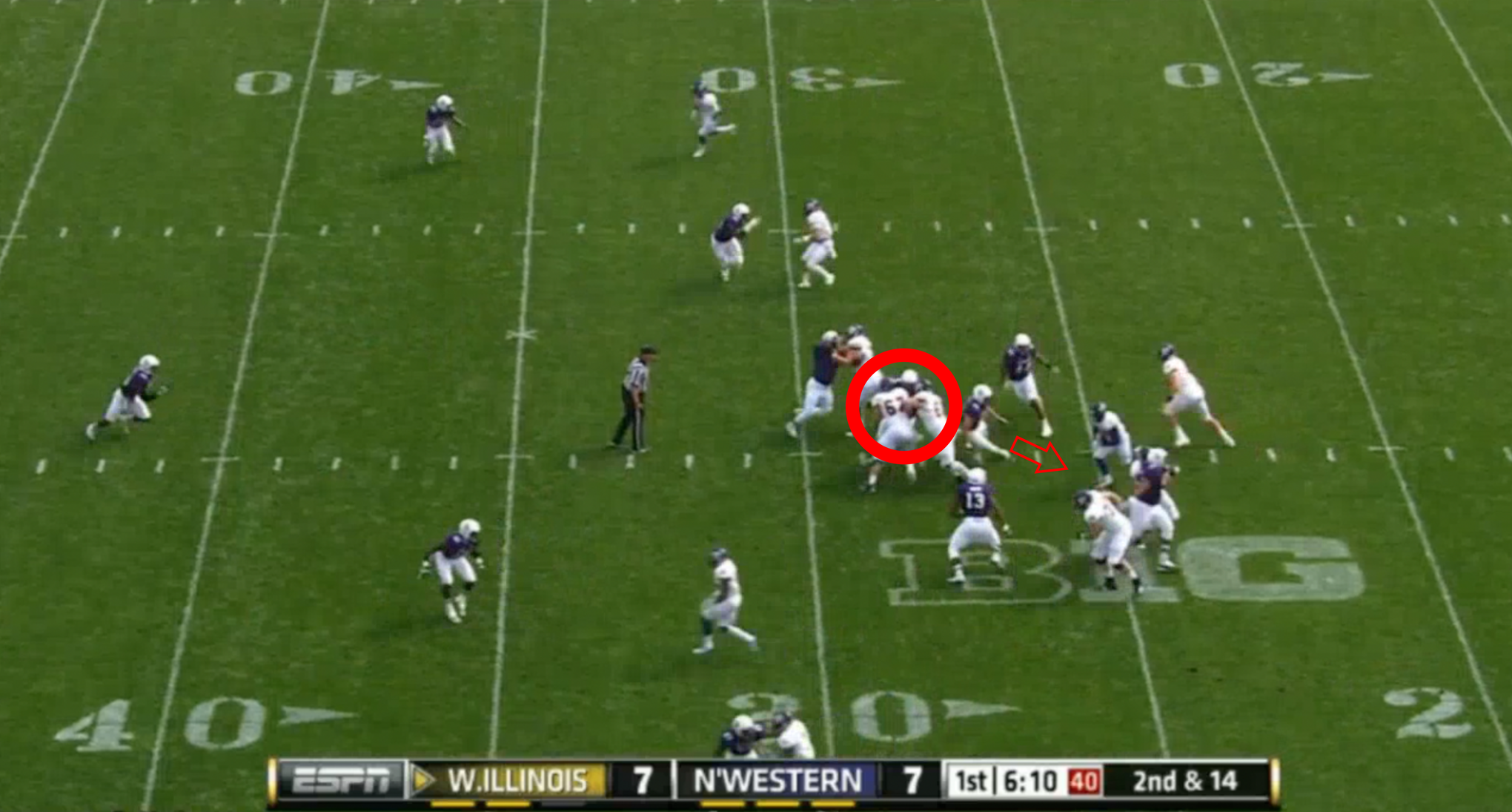 Albeit against an FCS opponent, Northwestern's front seven really did a good job staying disciplined, a concept that can be translated from game to game. The biggest issue for the run defense heading into Big Ten play is dealing with the bigger interior lines of opposing teams. Whether its Mahoney, Chance Carter, Max Chapman, C.J. Robbins, Greg Kuhar or even Dean Lowry, who moved inside a bunch on Saturday, being able to occupy linemen will pay huge dividends moving forward.